Samurai is another one of those Superfriends characters and yes, he's Japanese.  Hence the reason why I've named this wave the Ethnic Minority wave. 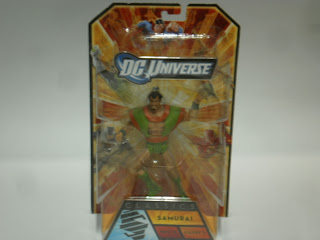 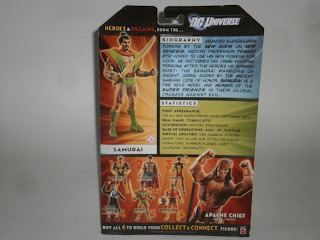 There's nothing special about the packaging, but I have to say I'm amazed at how Mattel can pull off weird Bios and Stats of a character that maybe had 5 appearance in the cartoon. 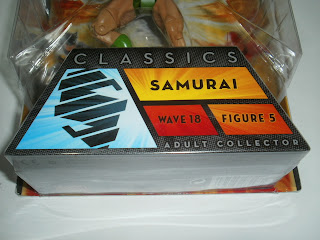 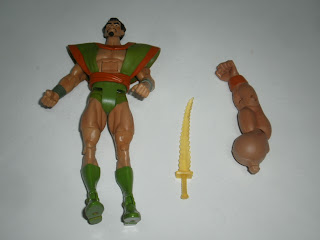 Another odd logo here - a twister in the form of a letter S?  Hmmm.  Samurai comes with an energy blade and Apache's arm. 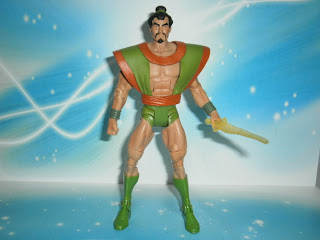 His costume is funny, but Mattel did it proud here.  The headsculpt looks good and captures Samurai's cartoon look.  The figure is otherwise unexceptional.  Perhaps they could have given the Tornado's accessory to Samurai instead of the sword?  I don't think he uses a sword in the cartoon anyways. 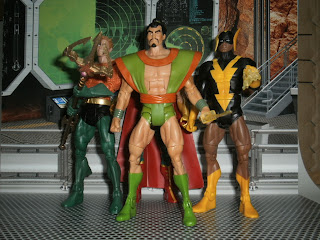 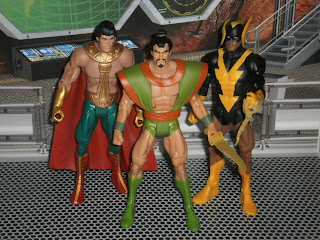 Well, he's the best of the three Superfriends character in the wave so far... not that that is saying a lot.  There's no defects on him, which puts him way above the other two.
Posted by Novelty at 00:36