The final figure in the Wave is Magog.  I don't know much about him other than the fact that he straddles the divide between hero and villian. 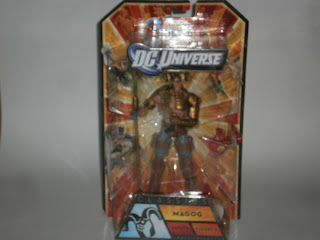 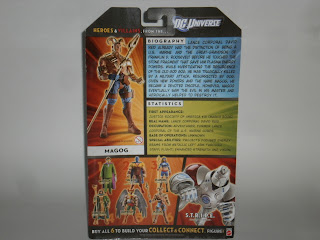 The packaging is the usual DCUC packaging.  There isn't anything special here. 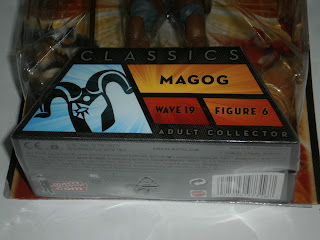 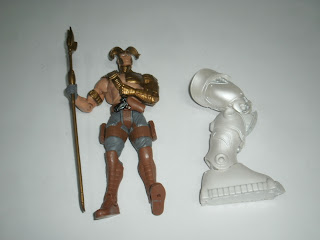 Magog comes with his staff and STRIPE's other leg. 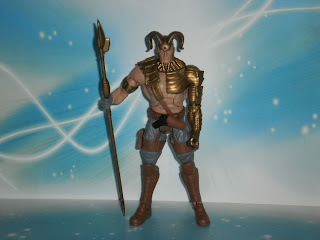 The figure is good in terms of sculpt.  The amount of work that went into him is phenomenon for a line that reuses body parts.  He has a pistol on a holster around his waist, but the pistol is not removable.  The paint is good and the joints are tight. 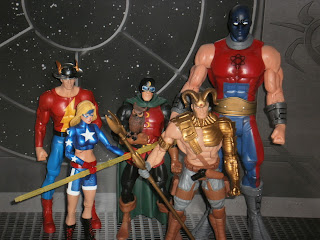 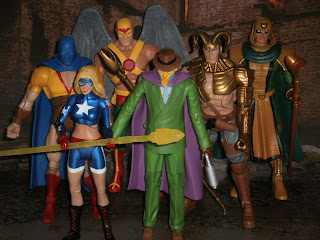 He does seem out of place next to the JSA, both the vintage version and the modern team.  I wonder where does he actually fit in...
Posted by Novelty at 01:14