I enjoyed last year's Power Miners release from Lego.  Part of the reason was because it had gitd decals.  The other part were the cute little rock monsters.  Well, it's year 2 and Lego has decided to release more Power Miners.  This will probably be the last year that we see Power Miners as it will probably be cancelled next year (Yes, you heard it here first!)  And I'm still on a mini-Lego week as part of Jambalaya July. 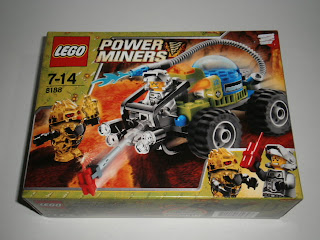 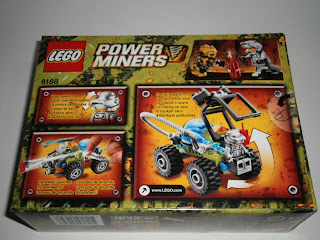 The Power Miner box did not see a readical departure from the first year.  The logo remains the same, the layout is more or less the same.  The back fo the box displays the action features instead of the alternate models - a progressive move as Lego moves into the toy market instead of the construction toy market.  The one thing missing from the box though, is the sequential "number" that was on all the first year sets. 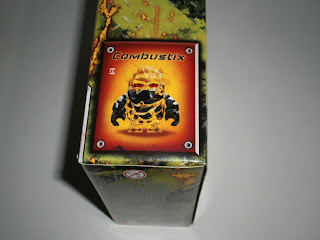 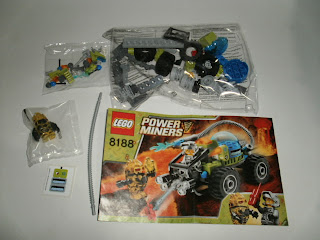 The top of the box shows the yellow rock monster, Combustix, which is the name that Lego gave it.  It's trans-yellow, and one of the few colours not featured in the first year.  The box contains 3 baggies, a small decal sheet, the instructions booklet and a long bendy piece that's not in a baggie.  That's slightly more than what is usually found in this size of box. 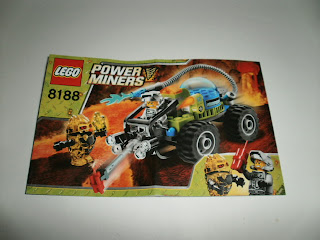 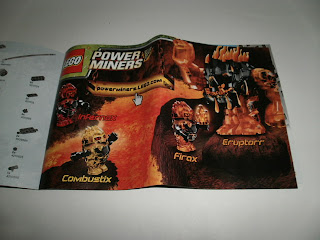 The instruction booklet is normal, but instead of the comic in the back, it has a few pictures of the toys.  I guess this is Lego trying to skimp on the theme, but it feels as if it's a let down of some sort.  The packaging and the instructions are nowhere near as good as what they had in the first year of stuff.  Combine that with the lack of gitd decals and this is rapidly going downhill for me. 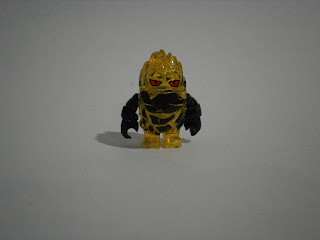 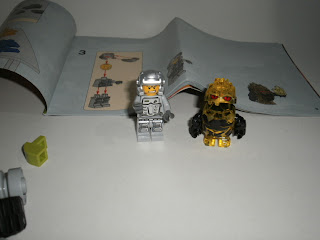 I did however, like the yellow and black rock/lava monster.   That was the one thing that I was hoping for in the first year and I'm glad Lego obliged.  Lego also (weirdly) decided to give the minifig shiny metal helmets and weird printed torsos and legs.  I usually like the bling bling in my Lego, but somehow this is such a radical departure from the first year's character design that I didn't really care for it. 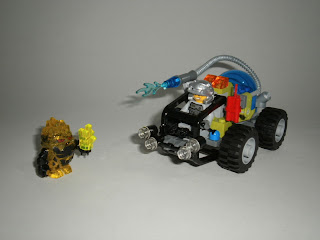 The build was easy.  There were a few clever use of pieces in the design of the vehicles, which is great.  I also liked the blue flame piece, which when used as a representation of a water spray here, is genious.  I can picture little kids "firing" that piece at the rock/lava monster.  Overall, I do like the set, but wished it had more in common with the first year sets design-wise.
Posted by Novelty at 00:27