Well, since we had some Toy Story yesterday, here's some more today.  But instead of ABS brick goodness, here's a mattycollector.com exclusive?  Well, I think he was an exclusive.  I picked him up from matty, but he could also be a SDCC exclusive from 2009.  Anyways, it's Jambalaya July, and I guess I'm doing a mini Toy Story run. 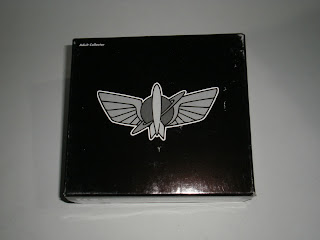 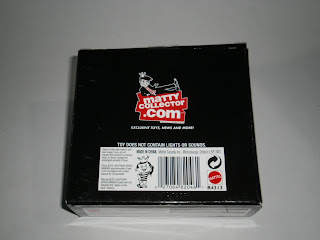 The outer protector box departs from the boring white and is actually black in colour, with the Space command logo on the front and the mattycollector.com logo on the back.  It's good to see Matty next to the barcode, I guess he turns to a smirking brat who causes RSODs and WSODs when he grows up. 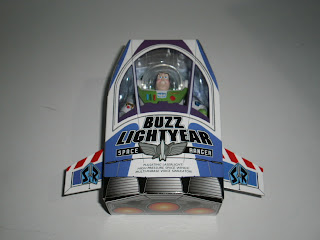 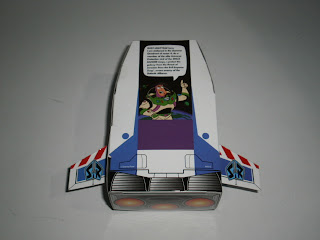 The inner box is lovingly crafted to resemble a spaceship,and I think it's the same spaceship that is shown in the movie, albeit with a few of modification.  I like the frontal view of Buzz through the spaceship windows.  The back of the box has a cartoon of Buzz, which is great.  The box is colourful and attractive, and it's a wonder that they hid this in the black outer box. 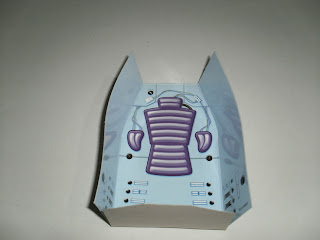 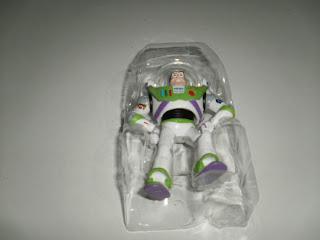 The tray inside is also lovingly printed to resemble a chair and the interior of the spaceship.  This cardboard tray is visible through the windows of the packaging.  What the packaging hides is Buzz's pose, and it' snot a good one - DCUC warping issues came immediately to my mind when I saw his pose as I pulled it out of the packaging. 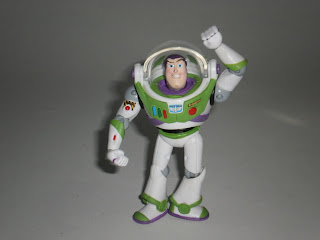 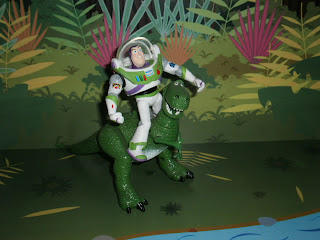 And my fears were confirmed.  Buzz has a warped left leg.  AAAAAARRRRRRRRGGGGGGHHHHHH!  Why can't Mattel get it right is beyond me.  Why do they need a pose in the packaging when it's hidden by the box is beyond me.

OK, my rant aside, buzz does have "modern" levels of articulation - 3 on each limb, neck and waist, and his visor flips forward to cover his face.  He's supposed to have gitd paint, but uh, well, so was Zodak.  In other words, Mattel needs to find more luminous gitd paint.  Thanks to Buzz's leg though, he'd be riding on Rex in my gitd display, whose gitd is miles better than Buzz's despite the fact that Rex is old and the luminescence is a bit faded. Oh well, perhaps Mattel can get it right the next time, but I doubt it.
Posted by Novelty at 00:48