Well, I'm trying to complete a farm animal scene built from Duplo bricks for a certain room of the house, and previously I've opened Little Piggy and Chicken Coop.  I did post about getting a whole bunch of Lego over the weekend, including this set. 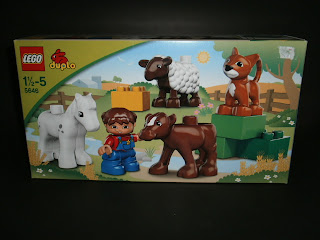 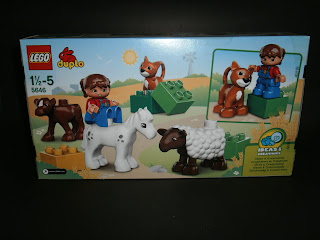 The box is twice as long as it's wide, and that seems a bit too big for the contents, which is mainly a figures pack with 4 bricks.  As usual, the top shows a brick in its actual size, while the bottom shows the contents inside the package.  The picture on the front is not spectacular, but the one on the back could do with some improvement as it's so bland. 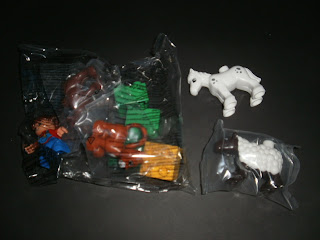 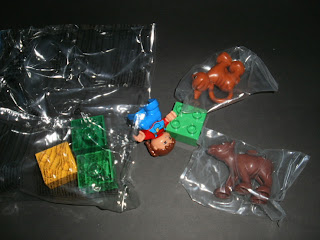 There were two baggies inside the box and the horse was not wrapped in a baggie.  The bigger baggie contained two more baggies inside, making a total of 4 baggies in this set. 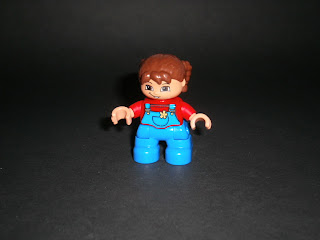 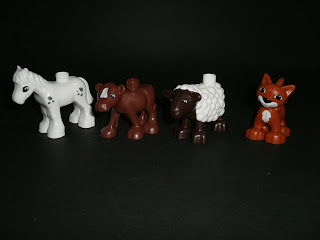 For a change, the character included in the set is not an old man with greying hair, but a little kid.  The four animals are interesting - a horse, cow, sheep and cat.  The one quibble I have with the animals is that the cat is almost the same size as the horse, which is not really to scale in real life. 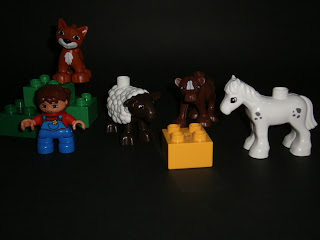 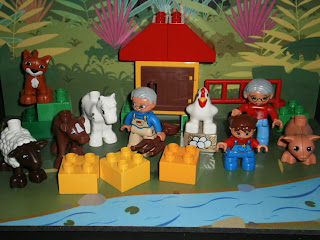 As a figure set, there's nothing much going on for this set, but when put together with the sets that i'm collecting, well, it does make things a bit crowded and fills up the space perfectly!  I guess with this set, my display is complete!
Posted by Novelty at 23:23