I did say good things comes in twos.  And two twos equal four.  Which is what we are at today for Star Wars.  Yeah, despite not actually liking the line, I can't believe I picked up four figures just like that.  I really have to stay far far away from the Star Wars aisle.  Why can't they stay in a galaxy far far away? 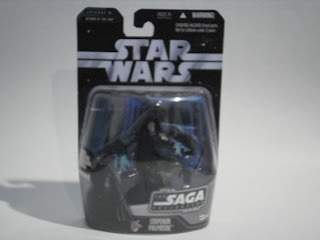 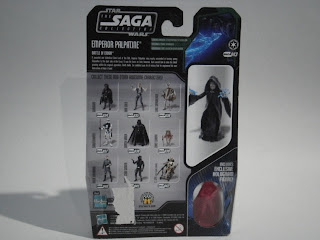 The Emperor comes on the same card as the other three, bit isn't an episode 3 figure.  NOpe, he's from a whole series completely - the Saga Collection, whatever that is.  There are only nine figures in this collection though, so it's cheaper on the wallet for collectors... or not.  I really have no idea. 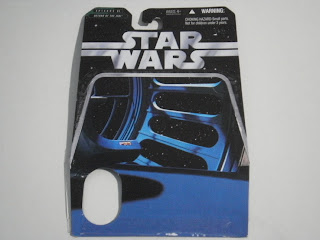 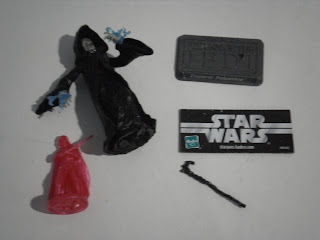 The card is still similar in that it has the hidden scene behind the bubble, in this case, it's the infamouse one from the inside of the Death Star (or at least I think it's the Death Star.  I'm so gonna fail Star Wars trivia).  The Emperor comes with a stand, his cane, and a holo of Vader. 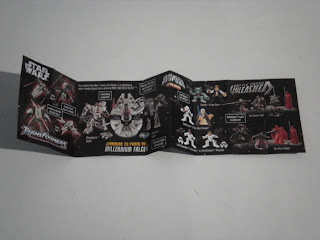 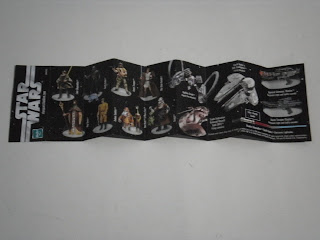 There's also a small fold-out sheet with the Emperor which shows the characters and other toys from Hasbro for Star Wars.  Basically, it's probably Hasbro's way of getting the word out so that people can give them money for the various toys that they are producing. 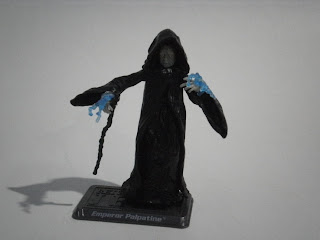 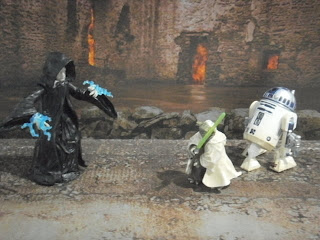 The Dark Lord has seven points of articulation - only seven.  That's about half of Yoda despite being a lot taller.  And two of those points are underneath his robe so that it can't be seen.  Feh!  The sculpt is nice though, the robes look flowy, but less so than Yoda's.  The face sculpt is ugly, but that's how it is anyways, at least for this character.  The lightning effect is held in place by rubber bands from the packaging - I didn't bother removing those rubber bandds.  They look nice, but again, seem a bit too small and doesn't really wow me. 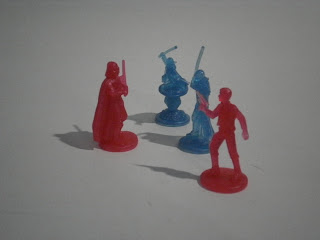 Overall, another disappointing figure, especially after Yoda.  I guess I should go play with the holofigures or something now...
Posted by Novelty at 00:08