This is a new column for me just to mention unrelated facts and to mention other news from here and there. 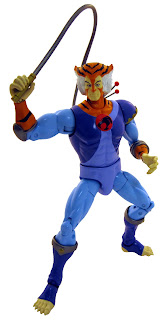 Bandai has just put out a press release (from Thundercats Lair) announcing that in addition to the 4-inch line based on the new cartoon series, there will also be an 8-inch collector line.  Pictures for Lion-O and Tigra has been revealed so far and they show them to be in the vintage uniforms.  That's a good sign and I dig that although I have issues with that Tigra...
New York Toy Fair (NYTF) is this weekend, and as usual, I'm armchair reporting.  However, my good buddy Poe Ghostal is on the ground and he has a list of questions for the Bandai guys so I'm hoping for good news!
And since I mentioned Poe Ghostal, I've started a poll for which line I should open in April on the forums there (which, if you remember, is also where the forums for this site is located).  Head over there and vote which line you'd like to see me open.  The choices are Beetlejuice and/or Seaquest.

Also on the forums there is the tracking thread for the contest that is currently running.  I mean the Contest for Ages of course, which is a contest I'm running with a prize from PGPOA.  Do join up for the fun! 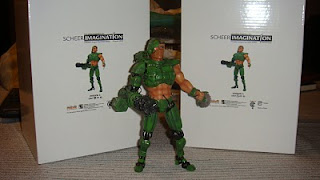 And since I'm talking about contests, Freak Studios is giving away the figure shown above (Bionic Bjoern) as part of a contest.  The contest is easy peasy to join, so head over there and attempt to win the figure.  Good Luck!
NYTF isn't the only TF to have hit this time of the year.  Check out Figma's work in progress Robocop from Japan's WonderFest Winter 2011 and the new Alien Conquest, Atlantis and Kingdoms Lego sets from the German Toy Fair (Lego pictures from an Austrian site called Spieletest - more pictures there). 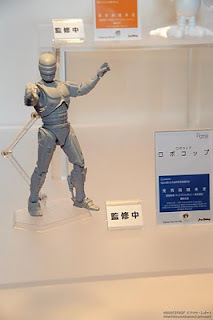 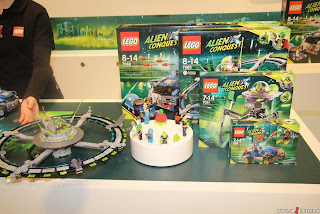 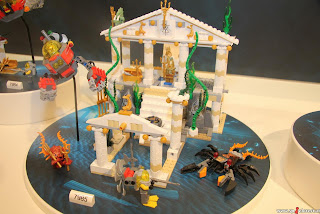 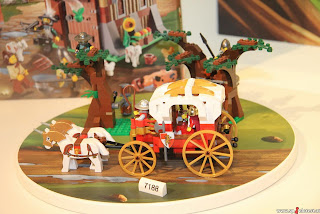 This is shaping up to be a good year after all!
Posted by Novelty at 17:10