Art Asylum probably still has the minimates license for the DC Universe, and a while back they produced vehicles for the minimates under the brand C3.  I picked up 3 sets and this is one of them.  Just for those who are keeping track, this is still Justice League June here on Toy a Day. 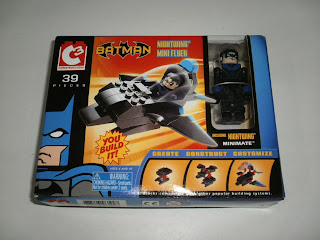 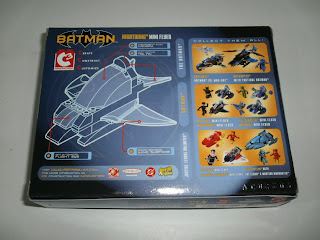 The packaging is nicely designed, with a cutout window to display the main selling point of the set, the Nightwing minimate.  The front of the box also shows the completed model and how it's built.  What I do like about the box is Batman's visage in front.  The back of the box shows off the model, and some of the other vehicles in the series. 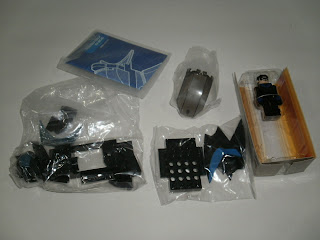 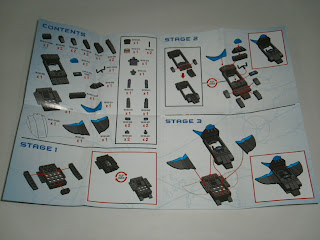 There are quite a number of baggies inside the box, and some pieces are individually wrapped.  The instructions is nicely done and is clear as to which part goes where and on which stud/hole. 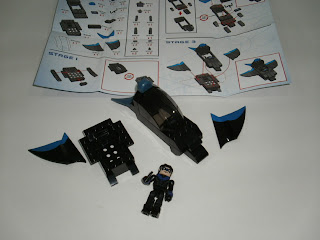 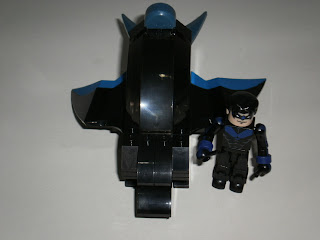 The build itself was simple, as the instruction takes one through step by step.  One thing that the bricks fail on is that the studs and holes are not moulded as precise as Lego bricks and have a tendency to either drop off (stud too small) or fly off (stud too big). 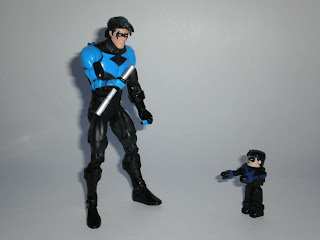 The minimate itself is nicely done.  However, the limbs tend to drop off with handling, which is a pity.  I'm also not a huge fan of the lobster claws for hands that the minimates have here, although having said that, it's not too bad for Nightwing as he holds his sticks rather well.  the minimate is small, as can be seen when compared with the 6.5-inch DCUC version of Nightwing, but they are totally different lines and are not meant to be displayed together. 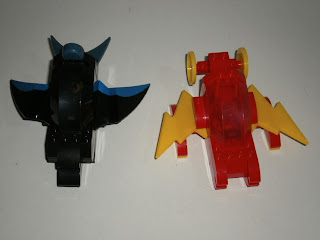 And it's a Toy a Day bonus hallmark to do comparisons, this time with the other vehicle that I have from the same range, the Flash mini-flyer.  Both looks about the same in terms of size and built.  However, the flash vehicle has more parts (which are better engineered as they stay on).

This Nightwing flyer is definately going back into its box though, but not until after I've opened the third set tomorrow.
Posted by Novelty at 03:23