What's Fry without Leela?  It took me a while to track down a Leela that's affordable.  I did buy one of her, but I gave her to someone I knew would appreciate it more than I do.  But I did want a second one, so the hunt was on.  And I'm glad I found her. 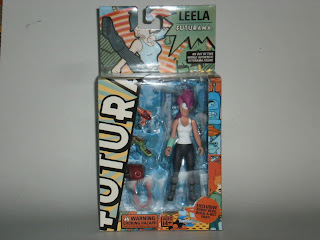 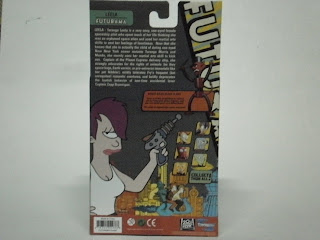 Leela comes in a similar box to Fry, in terms of layout that is, but the artwork on the box is customised to portray Leela instead of Fry.  Consequently, her box showcases her character and sets it apart from Fry's. 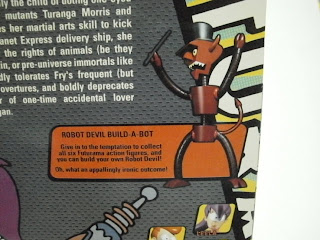 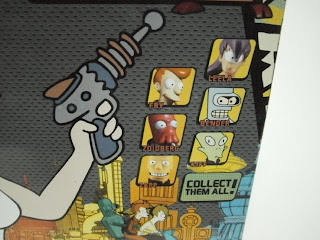 Even the back of the box shows subtle differences - the figures from the first three series are displayed differently, with Leela being on top.  There's also a blurb that there are parts to build Robot Devil from the figures in the first three series.  Fry didn't have any parts, so that made me wonder whether there was a reissued Fry with the parts. 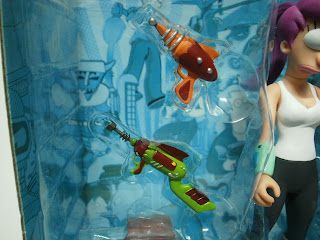 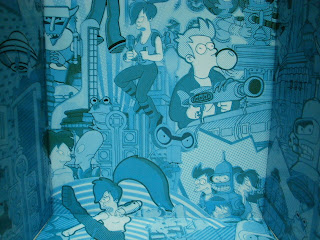 Leela comes with two weapons - an orange and red blaster and a green and red blaster.  Both of these have very fine details sculpted onto the guns, and the paintwork on them are excellent. 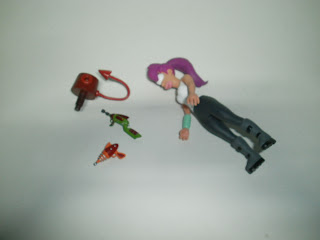 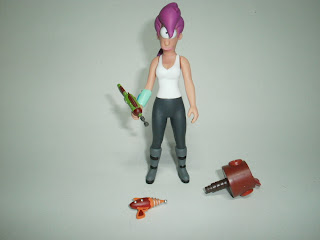 Leela looks like how she's protrayed in the cartoon, but the hair over her eye seems a bit annoying to me.  Unlike Fry, she only has four points of articulation - waist, neck and shoulders.  Ouch, she can barely pose! 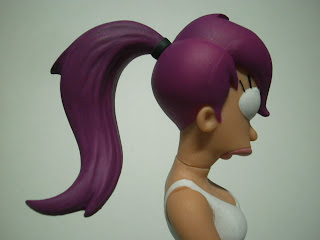 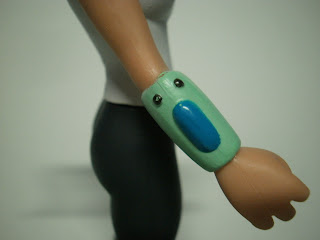 Her hair is scultped rather nicely, and ditto for the bracelet thing on her arm.  The paintwork on the bracelet is the one dark spot (pun not intended) with regards to the paintwork, but it's a minor point that's not usually visible... because of her lack of articulation! 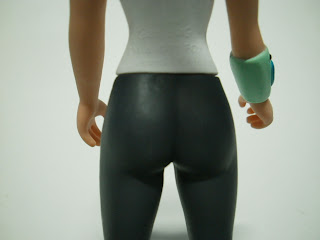 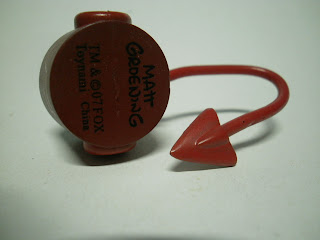 The Robot Devil piece is interesting - it is a nice sculpt, but as I have no idea if I'll ever get all the pieces for it, I doubt it'll ever get completed. 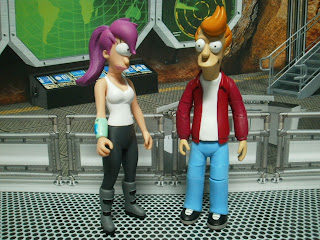 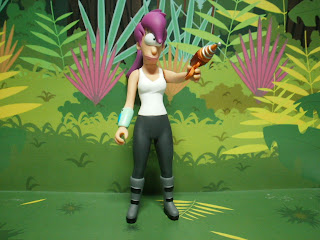 Still, despite the lack of articulation, Leela does go rather well with Fry.  Well, as long as she doesn't have to sit down, she'd be fine to display next to Fry.
Posted by Novelty at 00:29