This is the last of the Transformers Animated toys that I have to open... for a while I guess.  There's still quite a few great characters out there that I would pick up in a heartbeat, and of course, Hasbro is still printing money by making crazy repaints of these as exclusives.  Today's figure is Lugnut, the hulking but loyal minion of Megatron in the animated series. 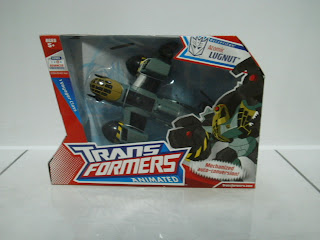 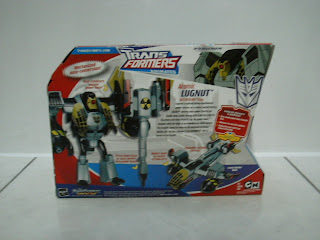 The box is the standard American box.  It is interesting to note that it's more red than the white that's common on the cards, but that's pretty much the same with the other boxes.  The back has pictures of the toy, a bio and another image of the toy from the cartoon.  Lugnut is a boring character visually and it's interesting to see how they jazzed him up some on the box. 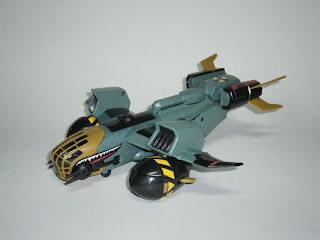 At first glimpse, the box contains just the toy jet, but this is the Transformers line where there's more than meets the eye.  The jet mode is mostly greenish olive grey, with black, yellow and gold highlights.  These are the parts that stand out.  The cockpit with the blocky tetris spiderweb gives the jet an interesting detail up front, while the two "Little Boy" bombs on his wings is reminiscent of the type dropped over Hiroshima and Nagasaki (and ever so concious in the Japanese psyche, which is why it's the shape of the atomic bomb of choice for most manga and anime) draws teh eyes to the wings. 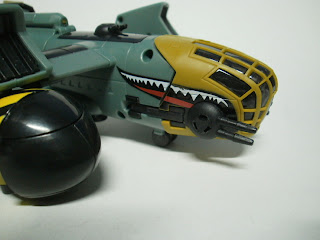 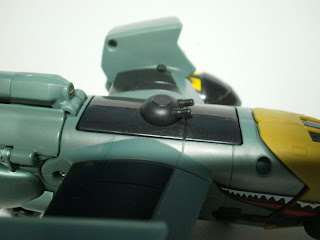 The paintwork is sparse, but perfect though - the tampographed images of the mouth on the cockpit looks good, while the Decepticon logo on the wings are crisp.  But that's not to deride the other thing going on with the vehicle mode.  Yes, I'm talking about the little details, like the retractable wheels or the tiny gun turret on the top of the fuselage.  Those give a degree of reality to an otherwise animated look for the vehicle. 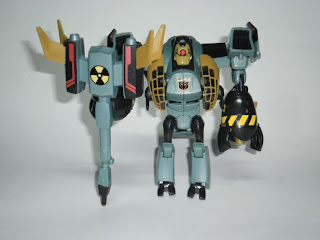 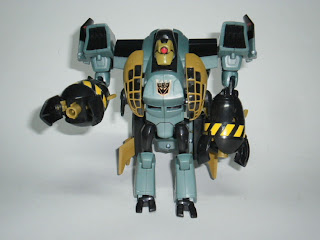 Transforming to robot mode takes some getting used to, but there is a "helper" feature/automation where the head pops up and the cockpit slides to the sides when the tail is lowered.  The cockpit didn't slide properly the first time I tried it, and even now after upteen tries, only one side of the cockpit will slide to the side. 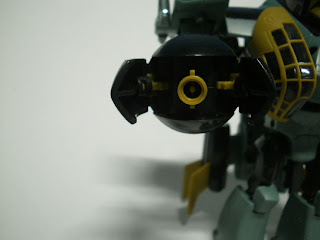 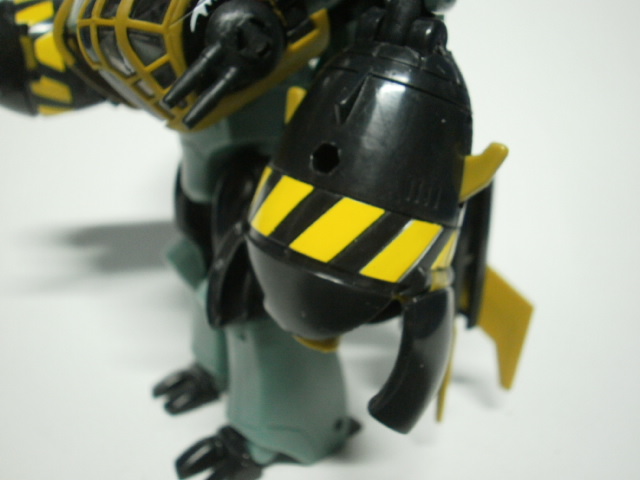 The robot mode also features oodles of features, from the gun mount in the hands to the odd face sculpt. 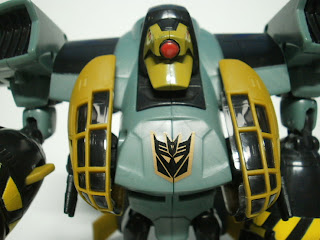 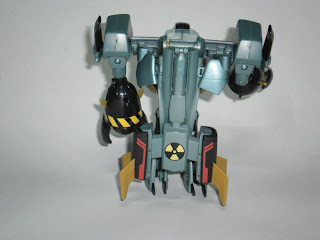 Remember when I said that there was more than meets the eye here?  Well, the tail of the jet is detachable and transforms to the sole accessory in the form of a... uh... hammer?  It can also be stored on his back when it's not in use. 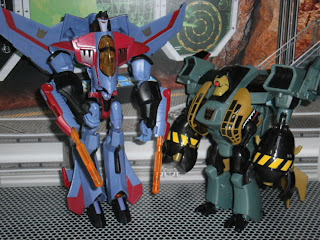 Despite my initials misgiving, this is a great toy.  I do however have one gripe with it. Yes, like Arcee, Lugnut also suffers from being in the wrong scale.  He's supposed to be larger than Starscream, but here he barely reaches up to Starscream's waist?  He's almost a hobbit by comparison!  Ah well, beggers can't be choosers I guess.
Posted by Novelty at 00:04