I was going to open the Futurama figures today, but two things happened.  One, I decided to watch True Blood, which has been gathering on my machine, being recorded week after week while I... didn't watch.  Two, I was at the toystore earlier (because of a post in my local Lego User Group Facebook page) to check out the new Lego sets.  I walked away with these: 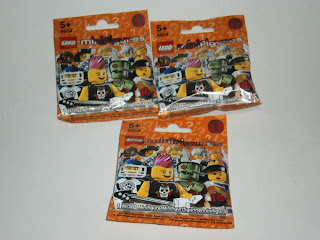 So, I decided I might as well open these rather than Futurama since I'm well pressed for time.  Now, I'm after the Viking from Series 4, and I think that's another unattainable goal.  I searched through the Series 3 for the Elf, but did not find any. 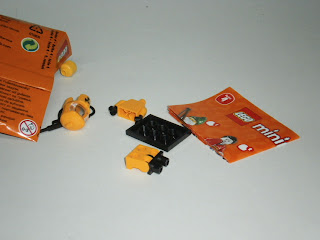 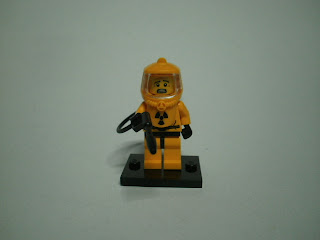 Nope, not the Viking, but I bought this because I felt the helment and thought that I wouldn't mind him.  He looks cute in the oragen suit, but I like the space like helmet more.  The gun actually attaches to the helmet on the back, which is a nice little detail.  I'm not so sure I like the expression on the face though - it just looks as if his plastic face is melted. 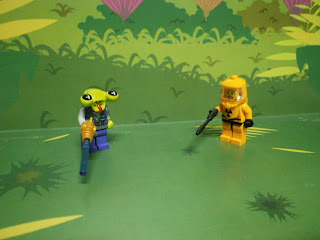 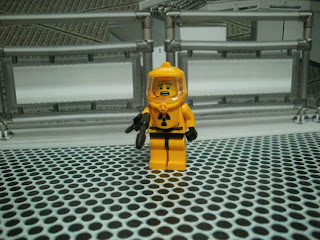 The figure looks fine in most cases, but I think I might use him to populate my Lego space universe.  That's next year though...
Posted by Novelty at 01:18