It's Monday, and it's the start of Toy Story week.  Toy Story was the toyline that was the winner of the poll voted on by the peeps at the forums to decide which toyline I'll be opening this month.  And we start of the week with a continuation of sorts from last week with Lego Toy Story! 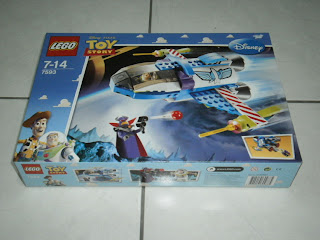 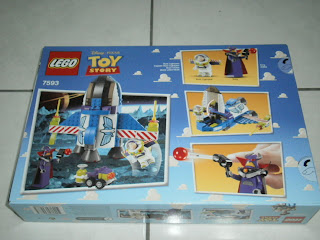 There are two versions for the box of this set.  This one is with the normal Toy Story cloudy blue wallpaper box.  The other box is the Toy Story 3 white background box.  The front of the box shows the set, and an action feature in an inset as well as Buzz (who's in the set) and Woody (who's not in the set).  The back of the box shows the set and all the action features. 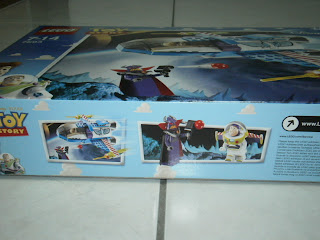 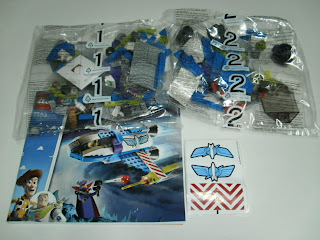 The bottom and one side of the box shows the same pictures of Buzz battling it out with Zurg.  It's rather tame.  The box contains two numbered baggies, an instruction booklet and a decal sheet, but that's not the full story. 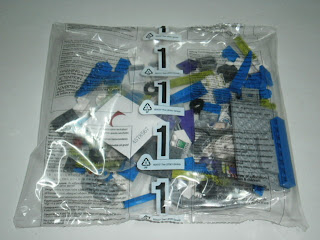 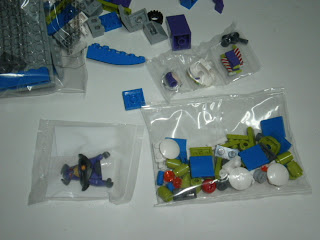 Baggie number 1 has three additional baggies inside it, two of which contains the special pieces required to make Buzz and Zurg. 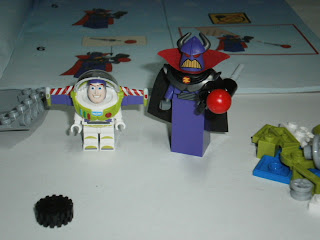 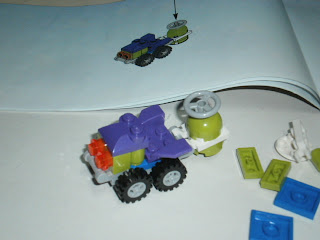 The figures had pages of instruction to assemble them.  It took me a while to figure out how to get the collar on Zurg.  The rest of the baggie builds the mini-buggy thing and the bottom fuselage of the spaceship. 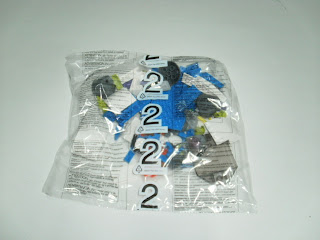 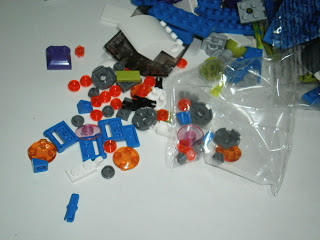 Baggie number two is a lot more normal in that it only had one smaller baggie inside it containing the smaller bricks.  And yes, there are two trans pink saucers in there.  You read it correctly - PINK! 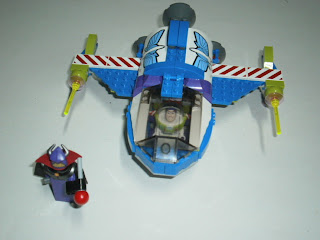 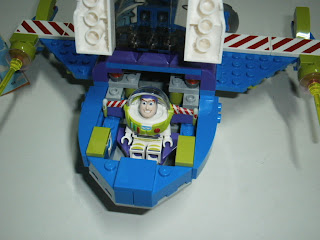 The build wasnt' too difficult, and there are some rather nice use of the SNOT technique, although the spaceship is still constructed traditionally.  The cockpit does open to enable Buzz to be placed inside, stretched wing and all. 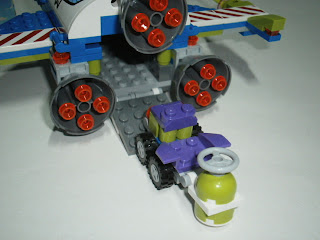 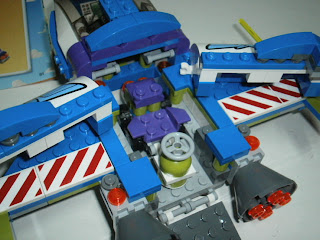 The rear ramp can be lowered to admit the buggy, but then the entire back of the spaceship can be opened thanks to two hinges to show the contents of the "hangar".  They close and "lock" up thanks to the construction of the swing-wings with the clips at the end. 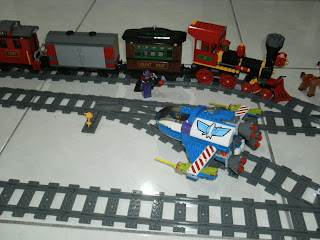 Overall, this is a rather nice set, or at least the spaceship is.  Zurg could have had a small vehicle or somthing because it's almost comical to watch him try to fight Buzz and his spaceship with just a bazooka.
Posted by Novelty at 00:32