Toy news are gearing up towards SDCC and it's gonna get crazy soonish with news. 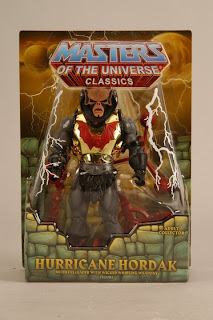 Pictures of Hurricane Hordak and Leech on their respective cards have been revealed on Matty's Facebook page.  The back of the cards include their bios, of course, and I wonder if there'll be a lot more negative comments from the fans about these bios. 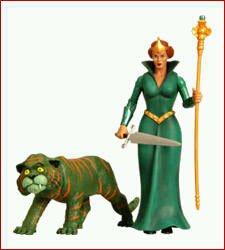 Mattel has also announced that the pre-orders for the SDCC figures, including that of Marlena and Cringer (packaged as Marlena, pictured above) will start noon, Monday 11th July 2011.  The toys will also be sold on mattycollector after SDCC on the 1st of August, but of course, Marlena will have a completely different packaging. 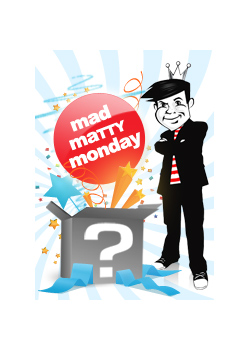 Mattel is also going to have a clearance sale of sorts on Monday 27th June.  It's basically a blind bag of three items for $40 in the bag.  There are three types of bags - MotUC, DCU and Ghostbuster and the value in each bag will be greater than $40.  I already have everything that I could want from matty, so I think I'll pass on these.  The best deal could end up being the Ghostbuster 3-packs, because they are all guaranteed to be figures.

Meanwhile fans have been getting themselves organised, and a new Power and Honor foundation has been setup to preserve all corners of the MotU-verse.  Their first project is a 160-page hardcover collection of the vintage toy design artwork.  The book is not for sale, but is "given" to those who send in a minimum donation of $55.

I just saw that the August Sci-Fi Revoltech figure isn't actually a figure, it's a T-Rex from Jurassic Park.  The articulation looks great, but the overall shape of it seems a bit off to me. 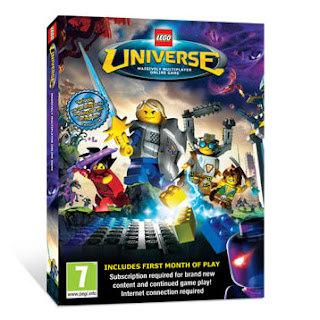 Also coming in August will be a free-to-play version of the Lego MMORPG, Lego Universe.  This was announced on the Lego Universe page.  I don't even play the MMO, but apparently not many people are playing it, hence this last ditch attempt to get more players.  And that's a wrap I think.
Posted by Novelty at 12:47