Ok, so I've been opening minifigures and I thought I might as well open some more of them...  The collectible minifigures are a current fad, but Lego has been churning out Lego minifig sets since... well, since there were minifigures! 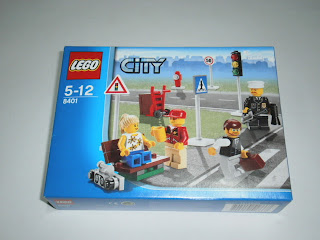 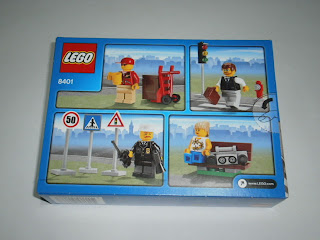 This is the latest minifigure set, but unlike the simpler sets, this set has a lot more going for it and it shows that on the front and back of the packaging. 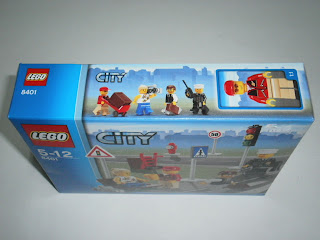 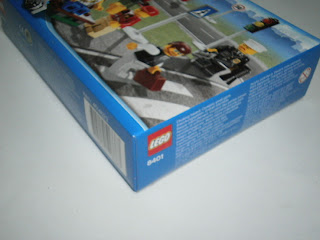 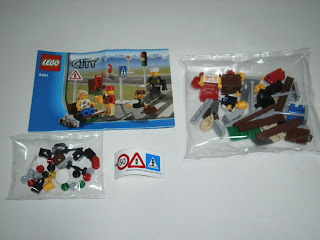 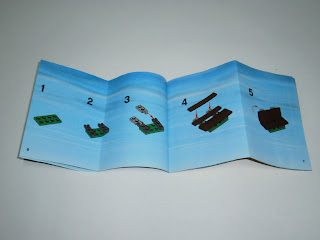 The huge box contains two baggies, a decal sheet and the instructions.  The instructions are simple and do not include piece counts and such.  The baggies are not numbered either, and there is really no need for it to be numbered. 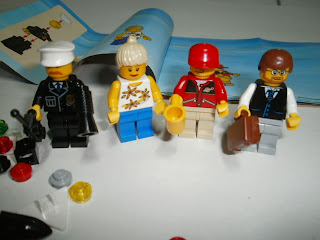 The four figures in the set is distinctive, with each one different from the other.  The inclusion of the policeman is a bit odd since it points to the fact that there is an over abundance of Police sets in the modern city, but maybe it's because it sells. 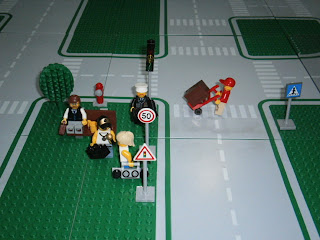 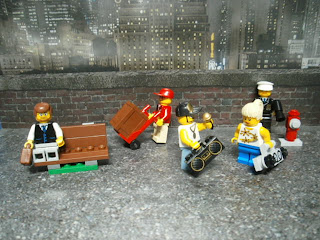 The set also includes a bench, a suitcase, a boombox, a walkie talkie and loud hailer, three road signs, a set of traffic lights and a trolley with a huge crate.  The build for these items are easy and simple.  These minifigs do create a rather nice road scene.  I've thrown in the rapper from the previous week in there as well just for the fun of it.

I like this set, eventhough it's lightweight on the construction aspects.  However, it's great for populating the cityscape with the people in your neighbourhood.
Posted by Novelty at 00:42