It's slightly more than a week after Matty release day, and this package shows up on my doorstep: 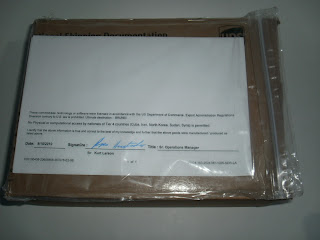 What could it be?  I've never received packages from this digital company... 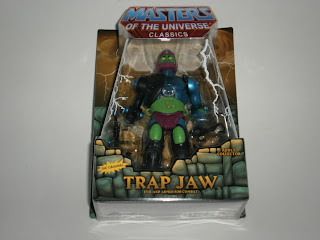 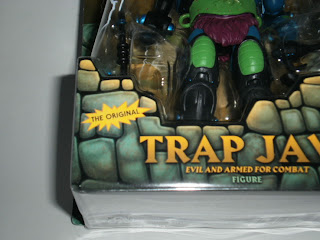 It's Digital Rivers of course, and it's my reissue/rerelease Trap Jaw.  This was my third order on Whiplash release day and the second one to arrive at its destination.  Sadly the one that I shipped surface to New York City is apparently still enroute to NYC.  It has "The Original" starburst on the title card, but otherwise, it's just the same as the regular ol' Trap Jaw, which I reviewed way back in March. 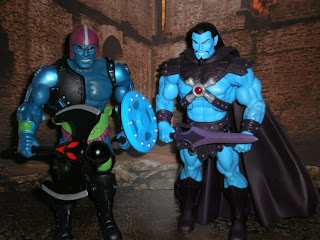 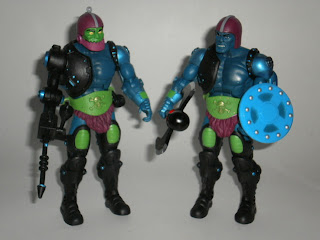 OK, I'm not gonna write too much about the figure.  However, since it is a brand new toy, it does mean that he would have to take a slot this month and bump everything else down by a day.  Oh well, I guess he's worth it!  I got this figure to make Kronis, who I think looks significantly different from Trap Jaw to merit his own display space.  I'm giving him Poe's Dread Axe of Darkness (which you can win if you join the contest) and the blue shield from the Weapons Pak. 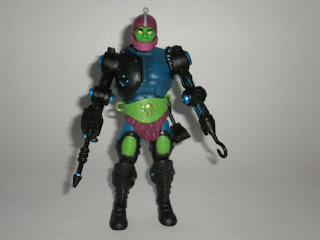 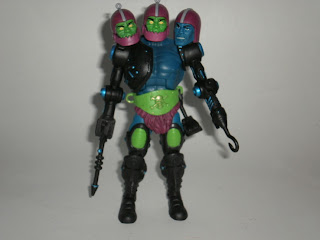 Gettting a second Trap Jaw also means I can customise my existing Trap Jaw and give him 2 mechanical arms.  It doesn't really work, but it's funny nevertheless.  What's even more funny is that I could create Two Jaw Three Bad with all the spare parts that I have.  LOL. 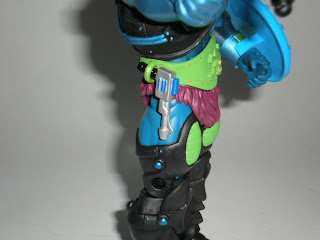 But what about the Weapons Pak weapons that are meant for Kronis?  Well, his left hand is the open hand, so that can't hold anything.  And he's holding the axe in his right.  So where do I fit the gun?  Easy - on his belt!
Posted by Novelty at 00:33