It's still Speed September, and I start off a new week with something that was given out at petrol stations.  It's a Shell Ferrari F430. 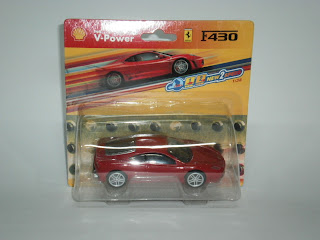 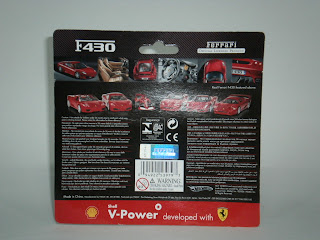 There are six Ferraris in the series, but I only got one of them.  I wish I'd have gotten more, but oh well.  Basically its' just a car in a blister on a card with a lot of text on the back and some pictures.  The Shell and Ferrari logos are there on both the front and the back of the cards. 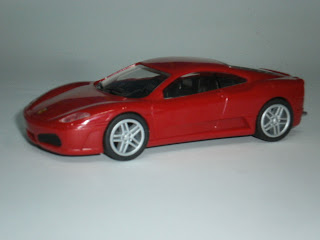 The car is, well, a scaled car.  What's nice is that the interior details are probably to scale as well.  It feels lighter than die cast, so this could be aluminium for all I know.  It rolls along the ground OK, and has a pull-back motor to make it go on its own as well. 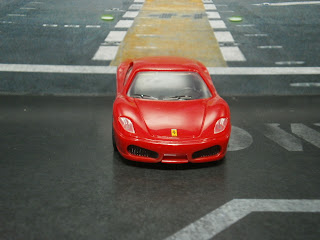 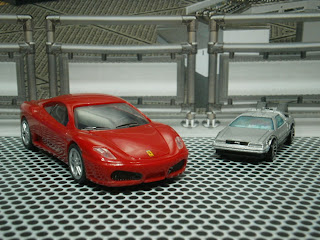 It's about twice the scale of a regular Hot Wheels which means it's out of scale with them or the Matchbox cars.
Posted by Novelty at 00:57