It's the start of a new week for Speed September, and I'm starting Lego City Police week today.  I'll start off with something very new, the Police Boat from this year. 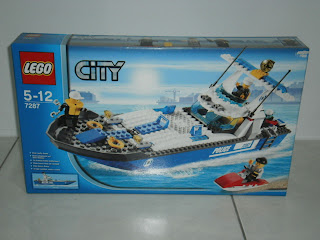 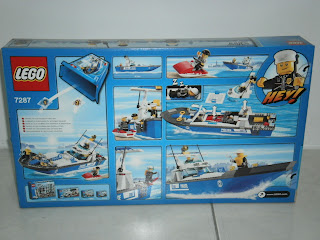 The box is the standard City box and thanks to its longish shape, it shows off the boat on the front of the box.  The back has some action shots which looks good. 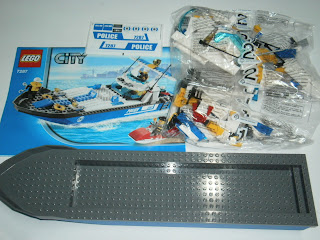 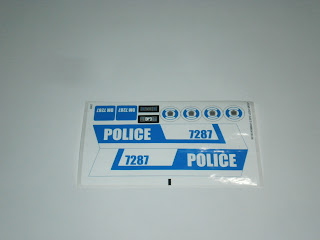 The length also hides the fact that theres a large floatable ship hull in there.  It measures over a foot long.  Besides the hull, there's the decal sheet, the instruction booklet and two numbered baggies. 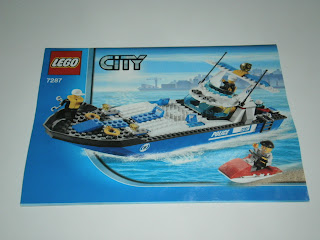 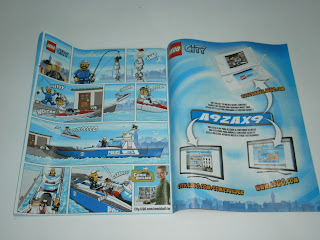 There's even a sheet of comic within the instruction book, as well as the code for the interaction with the Lego site. 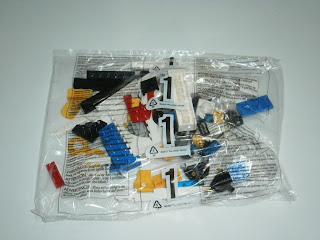 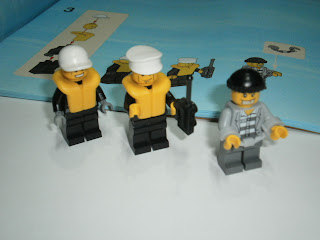 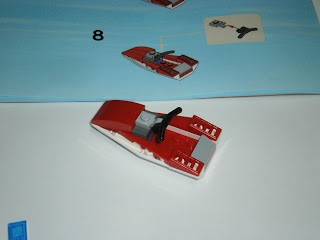 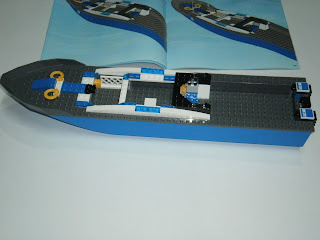 ... a small speedboat and half of the police boat. 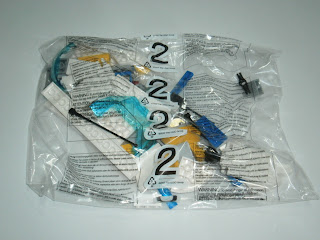 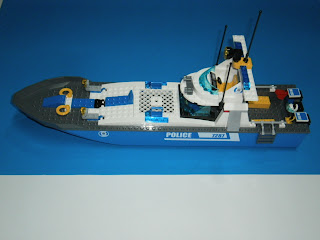 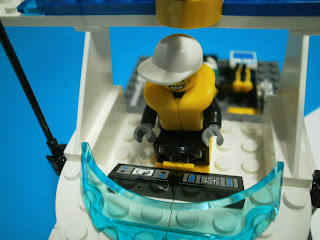 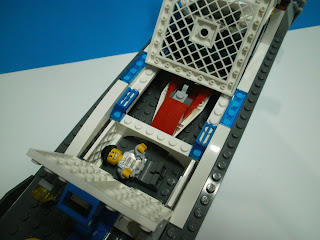 I like the skipper area, and there's a diving area at the stern.  Midships open up to show a prison cell of sorts and a storage bay in which the speedboat can be stored.  This is a rather nice set, and have I mentioned that it also floats?
Posted by Novelty at 22:35