It's the last day of Speed September 2011 and I thought I'd finish it with... more Lego? 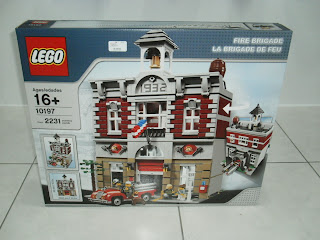 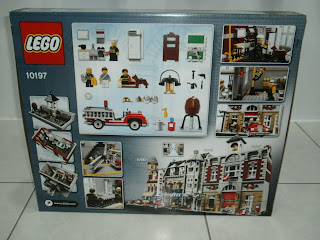 The fire brigade is part of the modular building set and the box is huge... well, it's as bit as the last police station, so I guess it's not that huge.  It does contain a lot more pieces than that set though, and this took me 7 hours to build, whereas that only took me about 3. 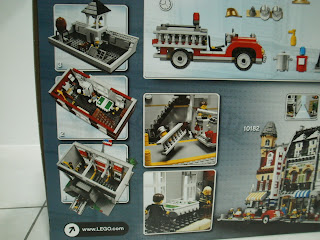 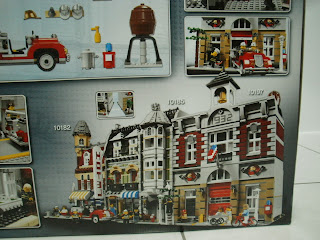 The back of the box shows the details floor by flor, as well as some of the other buildings in the series... and since it's modular, everything connects together to form a nice streetscape. 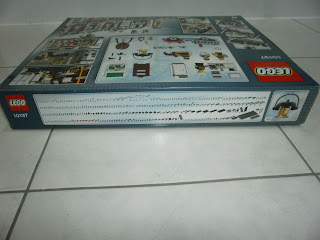 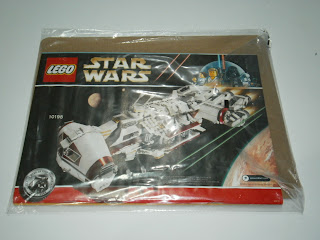 This is the first time that I've seen the instructions packaged with a piece of hard cardboard so that they don't get deformed in transit.  And that Star Wars picture is just an advert on the back of the instructions. 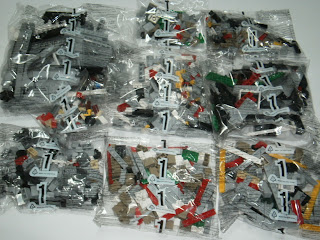 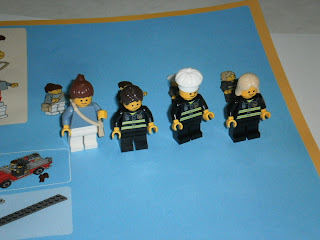 There are nine baggie number 1s, count them - nine!  These not only build the minifigs.... 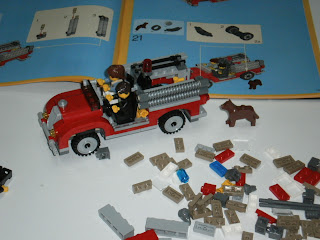 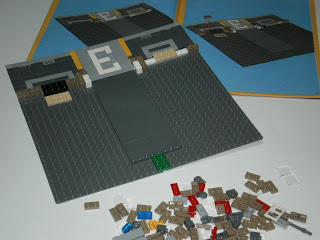 ... but also the fire truck, and together with the baseplate... 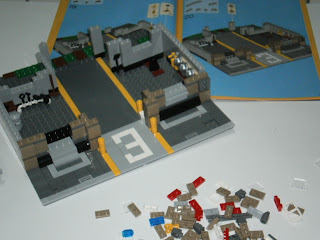 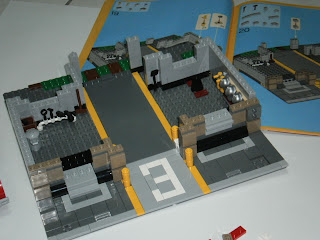 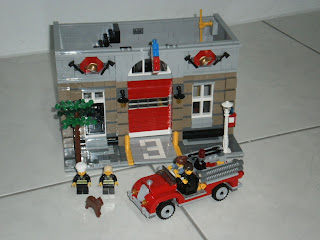 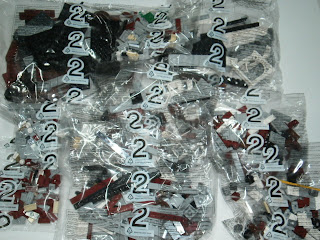 ... into the ground floor of the building.  There is also an equal number of baggies labelled number 2. 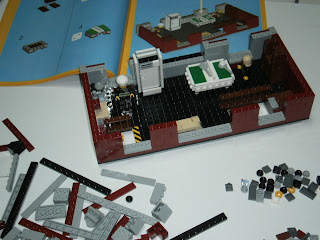 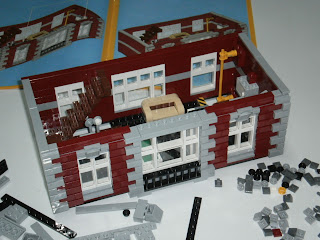 And baggie number 2 builds the next floor of the building complete with a kitchen and a mess hall. 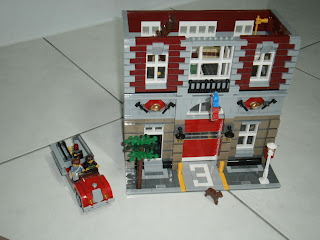 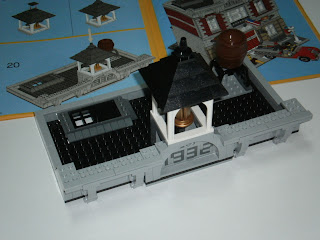 It also builds the roof of the building... 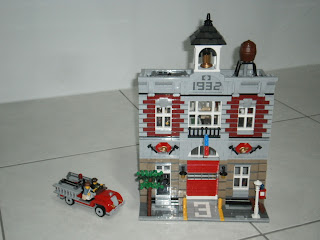 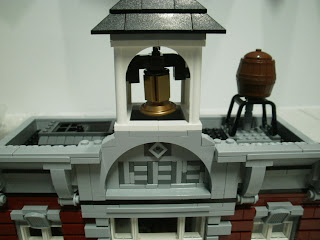 ... which comes with 1932 written in lego bricks, a nice bell and a water tower.  I like the way the door to the roof is designed to open lying down. 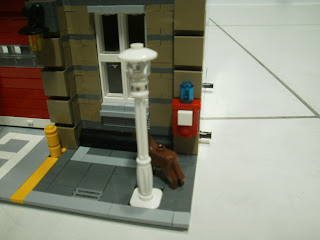 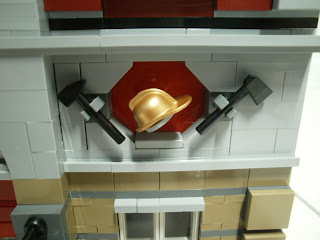 There's lots of details in the building from the lamppost to the Lego Fire logo constructed out from real bricks instead of just being a sticker. 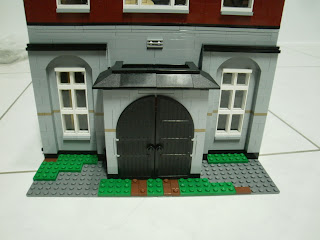 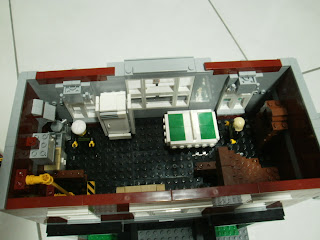 There's also a backdoor, which looks rather Castle-y to my eyes.  I still like the living areas of the building though, which has a fireman's pole down to the ground floor. 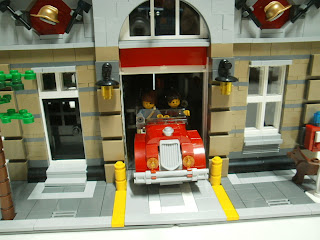 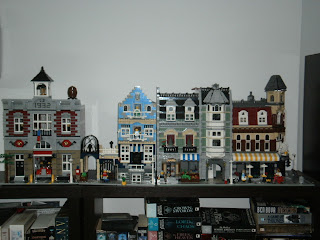 I think the Fire Station is a bit out of the character of the other modular buildings, but nevertheless, it still fits in somewhat to the streetscape.  Despite the high price, I think Lego will continue to churn these out one a year just to allow one to create interesting streetscapes.
Posted by Novelty at 00:07