It's still Speed September and I move on to Galoob's Micro Machines.  I love the ads when I was younger - the speed talking and all the zaniness of the vehicles.  The mini scale would later be made even more popular by Mighty Max and Polly Pocket, the later of which is has been relaunched, but Micro Machines seems to be the granddaddy of them all. 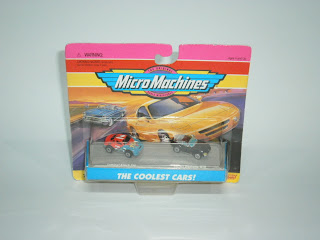 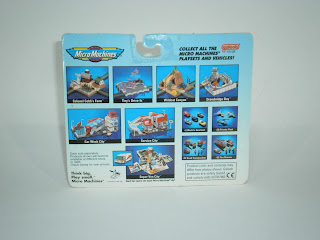 The cars come on the standard Micro Machines card which is very colourful.  The painted images on the front of the card indicates that it's a 80s line.  The back shows some of the playsets and other vehicle packs.  Basically these are more akin to stocking fillers and party flavour gifts of those days instead of real toys, but they are toys nevertheless. 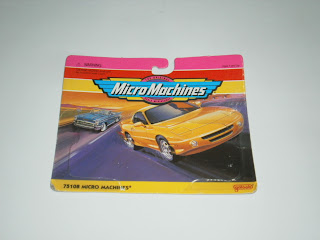 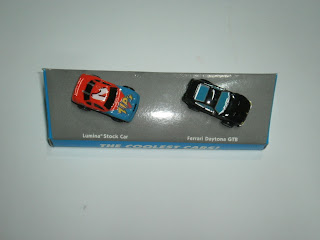 The names of the cards aren't printed ont he front of the title card (which serves as a platform), but on the top instead.  The cars are attached to the card with weird plastic hooks and I find that interesting. 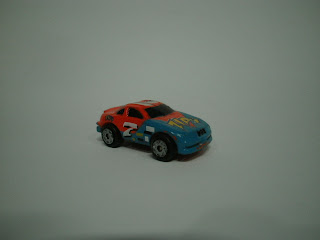 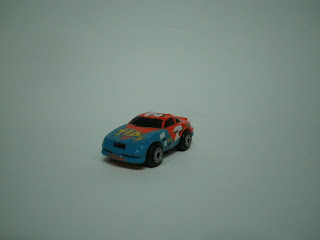 The rally car is brightly coloured and looks great.  It also looks like a weird caricature of a vehicle instead of a real vehicle.  Somehow, I think the scale is a bit off. 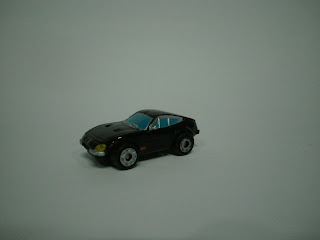 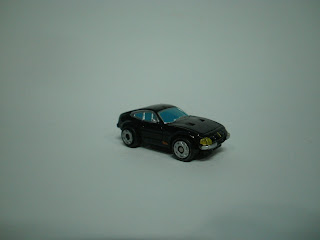 Ditto with the Ferrari.  It seems to have exaggerated features and a shrunken head almost akin to the "hyper anime look" than an actual scaled car. 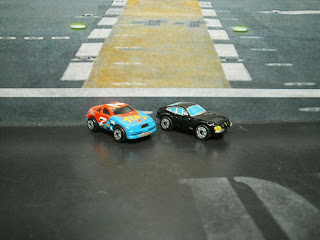 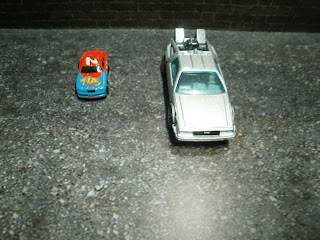 The look good on their own, but they are small... barely an inch long.  They are nice in their own way, and are cheap as well.
Posted by Novelty at 08:05