It's my final trio of Speed Racer sets from Hot Wheels, and this is just a small carded figures pack... more or less. 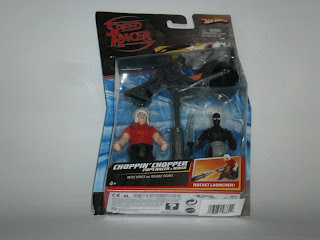 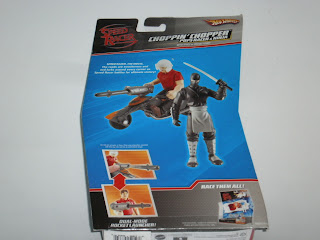 The Choppin' Chopper comes with Pops Racer and Ninja figures and it's all carded in one huge bubble.  The arror shape of the card is still there, and the Speed Racer and Hotwheels logos are still all on top.  I like the title card - the text is large enough to be readable.  The back is way too plain though and there's a lot of blue empty space - it could have been arranged better. 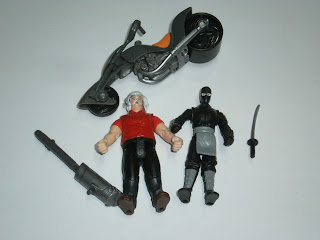 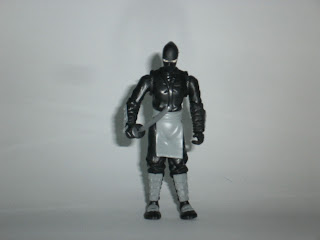 Besides the two figures and the chopper, there's a sword for the Ninja, a two-piece missile launcher for Pops.  The ninja has the usual 9 points of articulation, and is mainly black and grey with almost no paint apps.  The eyes are painted, that's that's almost minimal.  The sculpt looks great and the figure actually does look very nice. 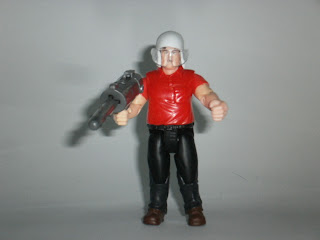 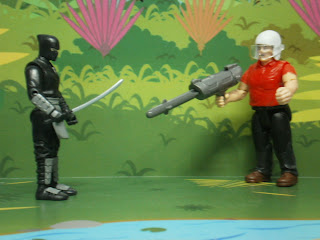 Pops comes with a removable two piece helmet that's similar to Speed.  Despite his bulk, he also has the standard 9 points of articulation for the series.  The sculpt is perfect as usual, and the paintwork, although minimal is good.  This was the first figure that actually stood on his own on the first try thanks to his lower centre of gravity - the other figures had me wishing that they had ankle joints. 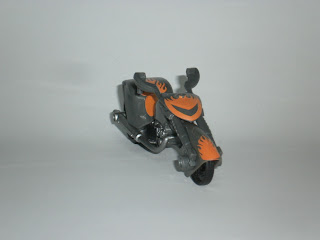 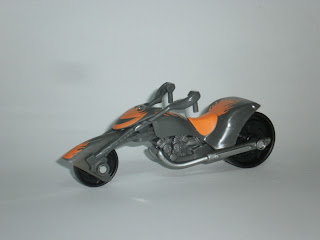 The chopper has rotating wheels in black and a dark grey body.  It's painted with a number of flames decor which is nice.  The sculpt, particularly of the engine is impressive.  Despite its size it's a nice small vehicle. 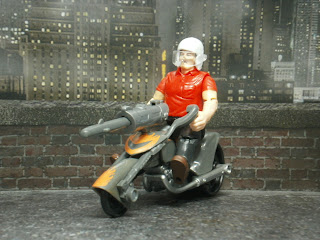 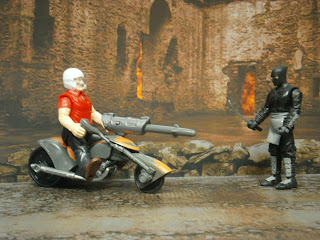 Pops' missile launcher does mount onto the front of the bike.  Pops sits in there fine, but I wish they could have designed it so that he could bend his knees on it.  He does hold the handlebars, but I had a hard time getting them in.  It's a good thing the handlebars are made from a more flexible plastic. 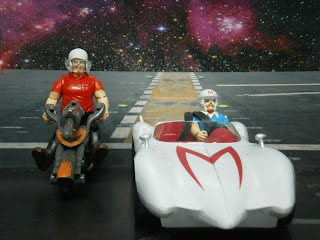 Overall, the line has been nice - the vehicles are great, the figures are great.  It's just that the subject matter doesn't excite me much.  I considered putting them up together with my MASK vehicles, but after thinking about it again, I decided I'll just put them away in storage...
Posted by Novelty at 06:57