This is the final of the four Rise of Cobra vehicles that I've got to open, and it's also the biggest of the four. 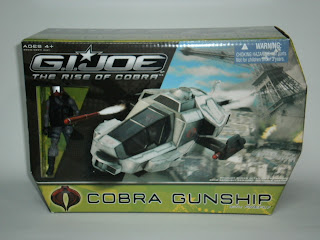 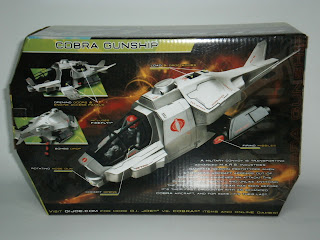 The box is of the standard boring norm, nevermind that they tried to dress it up with a picture of the destroyed Eiffel Tower.  For such a large box, they could have done something to make it more interesting, but they failed.  The only good thing about the box is that it allows the images to show more detail as they are larger. 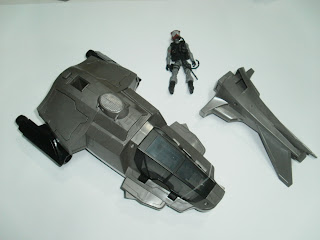 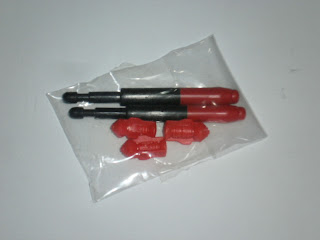 The box contains the jet, the tail piece of the jet, a figure, 3 bombs and two missiles.  There is also the decal sheet and the instructions.  The tail snaps easily onto the jet. 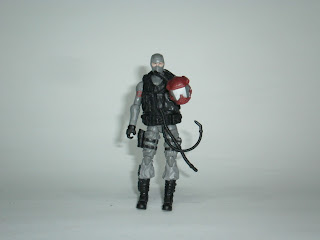 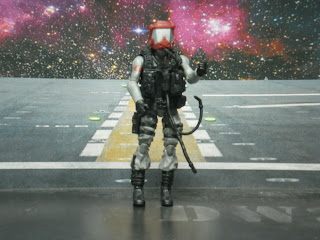 Firefly is the name of this figure and I like that he comes with a red helmet and all sorts of tubes and hoses attached to his torso.  The sculpt includes a pistol holder on his right leg, but there is no pistol included, much to my disappointment. 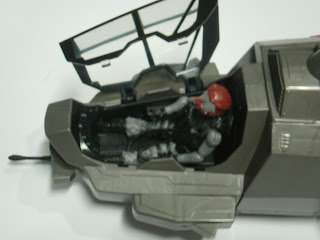 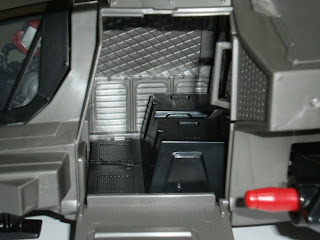 Being a large jet, the interiors of the jet does have some nice features.  The cockpit is adequately sized and includes holes for plugging Firefly's hoses into.  The passenger compartment has two seats, again, a nice little touch. 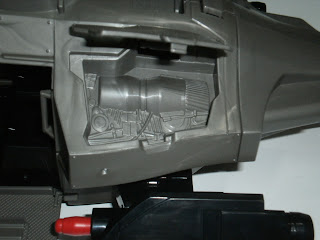 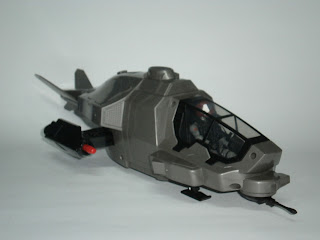 Flaps above the engine open to show the sculpted details of the engine.  They could have painted it to make it look better.  Generally, there are no paint apps on this.  There's a hatch to load the three bombs on the top of the aircraft and a button to open a chute on the bottom to drop the bombs.  The chute can't be closed real tight though and the bombs do drop out unintentionally during play.  The missile launchers are attached to the body of the jet and can be extended or contracted as required.  The landing gear also folds up into the body of the jet, but does protude a bit still.  The gun on the front of the jet is swivelable.
I wanted to like this jet.  It does have a lot of play possibilities.  But ultimately due to the lack of paint, I think it's a bit of a let down.  Nevertheless it's still a good jet and I don't regret getting this!
Posted by Novelty at 16:43