It's still Speed September, and I've got this really nice Lamborghini ... Lego set.  It's part of the Racers theme, and it's the first of the (currenlty) two Lamborghini subthemes. 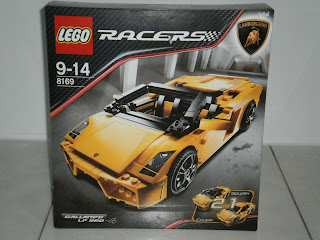 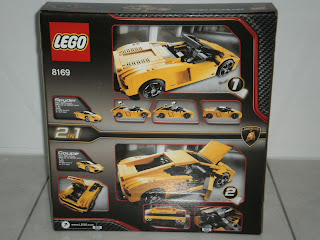 The box is square and large - a foot and a half squared, more or less.  There's a nice picture of hte model on the front, but the back shows the two models that can be built with the pieces in the box. 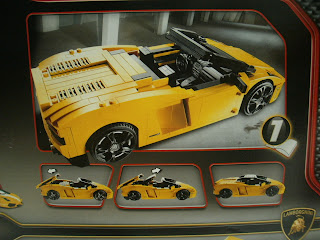 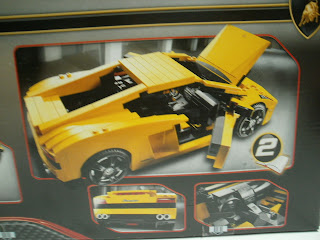 Yes, two.  A spider convertible and a coupe. 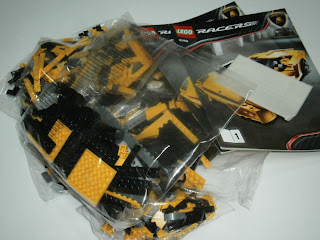 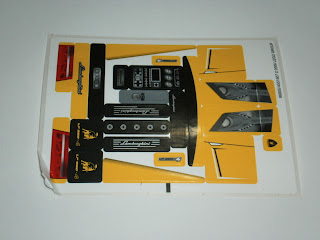 There's a lot of stuff in here including the decal sheet... 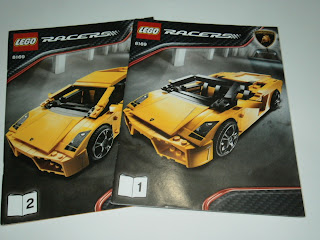 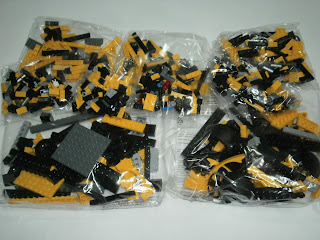 ... and two instruction books, one for each of the models.  There are nine baggies, none of them marked, so it means the building will be slow going. 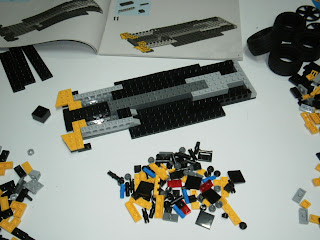 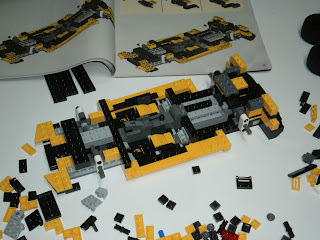 I thought I'd dread the build but I actually enjoyed it.  It brought me back to the 80s, as this was how building was back then.  Of course, the instructions are illustrated with the pieces that is added in each step, so that makes it easier than the 80s. 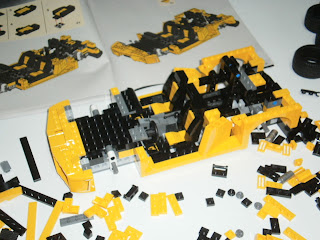 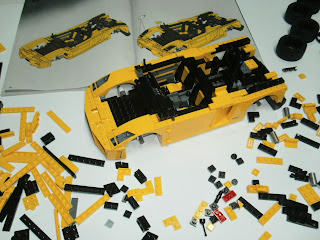 The building was slow going - over 2 hours total... 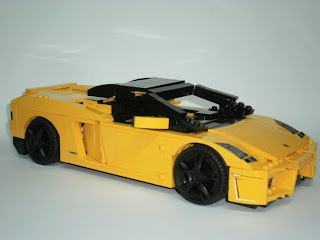 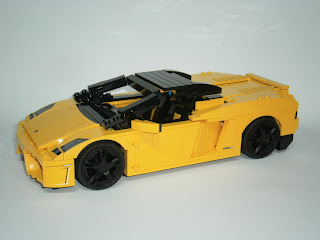 I decided to build the spider.  After all, it's the convertible.  Here it is with the hood up. 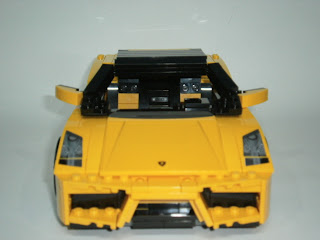 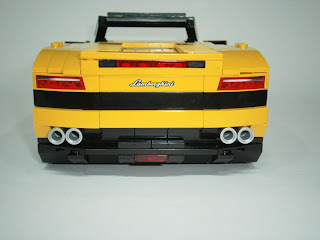 The front of the vehicle is nice, especially the headlights.  I also like the use of silvery tubes on the rear. 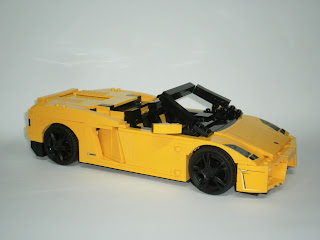 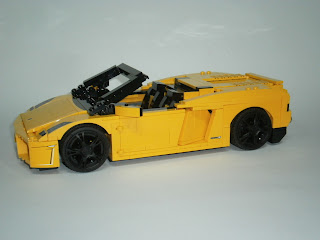 And here's the vehicle with the hood down.  It's a 6-step process to fold the hood back into the back, but it's easy as pie and it does move rather smoothly. 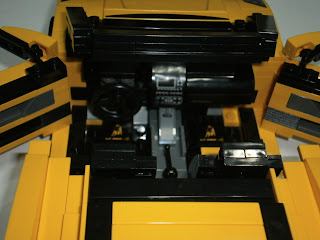 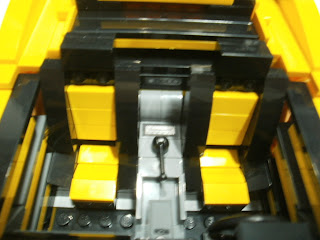 There's quite a lot ofdetail in the interiors.  Most of it is decal, but the bucket seats aren't. 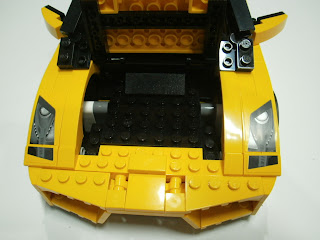 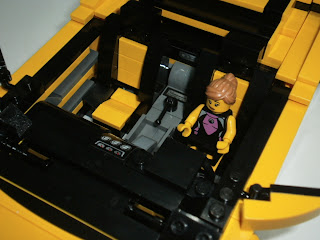 The engine is in the trunk though and the roof fits over it.  The front of the vehicle is surprisingly empty.  The vehicle is not really minifig scale, but a minifig does fit into the seats, although it'd be childlike in the carvernous vehicle. 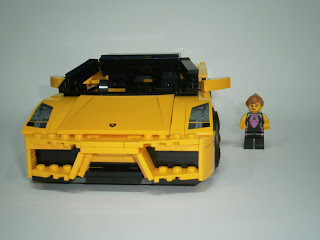 It's a large vehicle, and it's over a foot long, and I do really like the design.  Building this vehicle has made me want to get the second vehicle.  When's Christmas coming again?
Posted by Novelty at 20:40