It's another day here, and it's still Cars 2 week of Speed September.  It's been Lego Cars 2 so far this week and today is no exception! 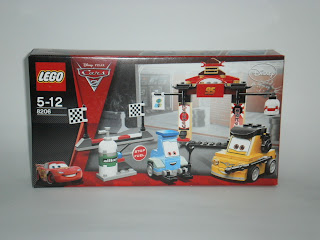 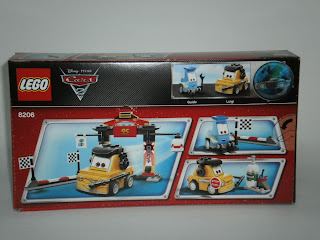 It's the Tokyo Pit Stop, and this set features Luigi and Guido.  Hmm.. I'd have preferred Sho, the Japanese car instead, but it's good to get the Italian best friends here anyways.  The box has the usual elements, but I think this is the most boring of the whole lot so far.  There isn't any nice scenery on the front, but the picture used does make sense for the overall feel of the set. 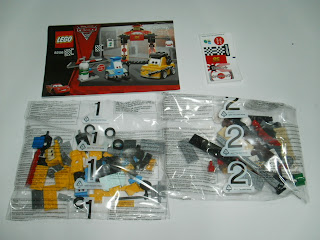 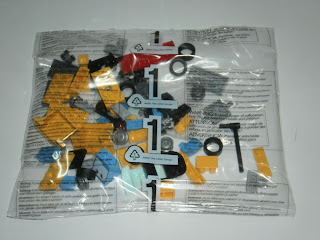 The set has two baggies, an instruction booklet and a decal sheet.  This is probably one of the longer decal sheets I've encountered this week so far. 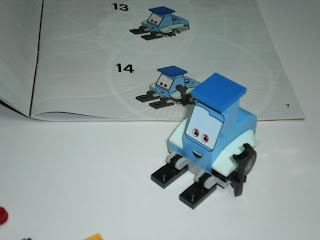 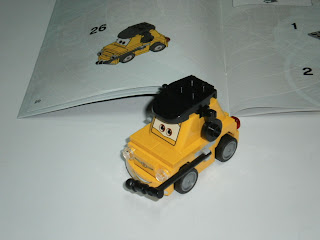 Baggie number 1 builds Luigi and Guildo.  Guildo looks a bit weird with light green bits instead of light blue, but otherwise, it's good and it's design and construciton is solid.  Luigi starts off like any nomral Lego car, but gets transformed with the inclusion of the hat and the frying pans as ear muffs. 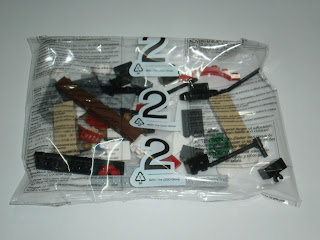 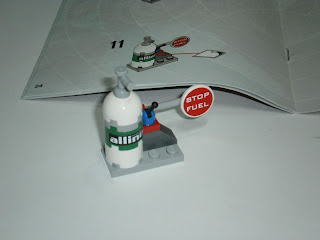 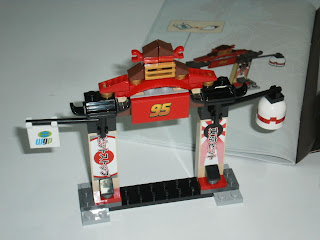 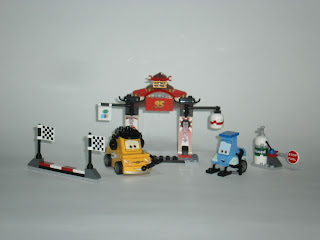 ... and the decorative arch thing.  In other words, the filler of the set.  Still, these filler give the set a nice overall look and provides play opportunities... if there is a racing car present. 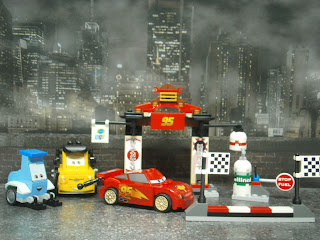 It's a good thing that I do have a Lightning McQueen already... otherwise, this set is a leeeeeetlebeeeeet boring. 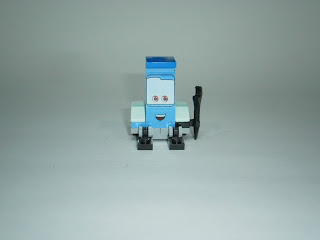 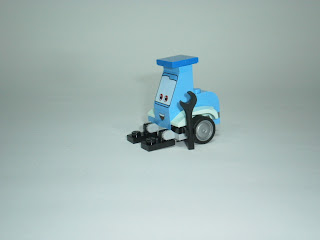 Guildo is cute and compact, but as I've mentioned before, I don't like the mint green pieces on him. 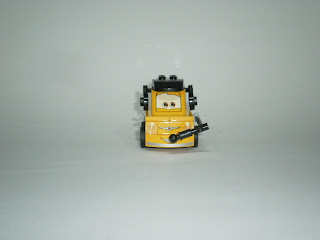 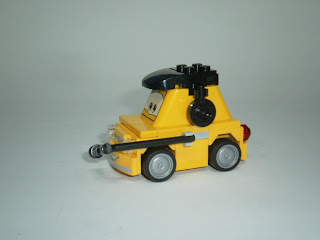 Guildo comes equipped with cap, earmuffs and mike and is a nice compact car with a solid build. 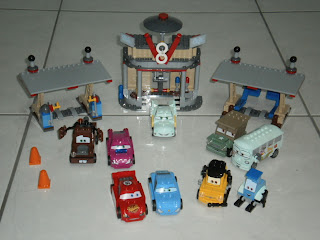 Here's the gang at Flo's Cafe.  I think that's about every one from the second movie.
Posted by Novelty at 23:56