It's still Speed September, and I'm moving through my Micro Machines unopened vehicles.  Today, it's the boringly named Snap backs #4. 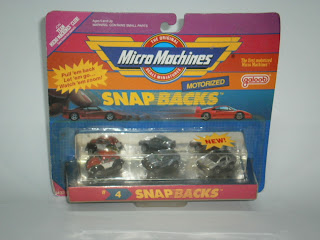 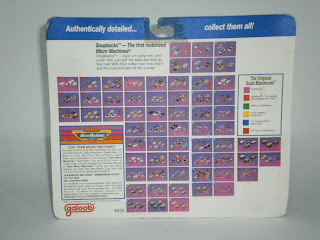 I still think the card is too colourful, which is good in a sense because it grabs attention while on the pegs.  The back has a lot of micro images of the multitudes of Micro Machines. 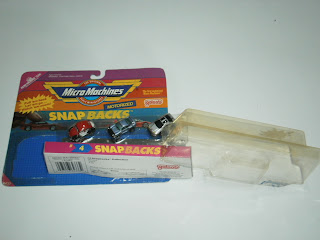 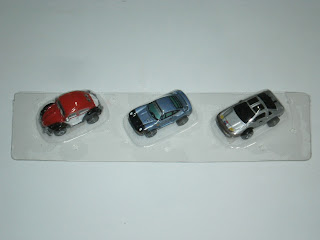 Galoob didn't name these vehicles, but there's basically a bug, a corvette and a muscle car.  The cards are sandwiched between two layers of plastic inside the blister bubble, and sits atop a very reflective piece of cardboard, which is my favourite part of the contents.  It's sad when I'm more interested in the packaging than the actual toys! 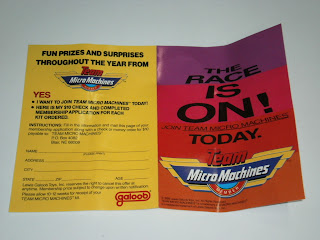 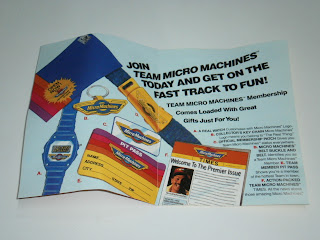 There's also a leaflet to join Team Micro Machines.  It shows all the cool stuff that members get.  I wonder though if I send in the form will they still honour it.  Probably not. 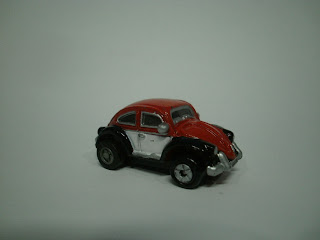 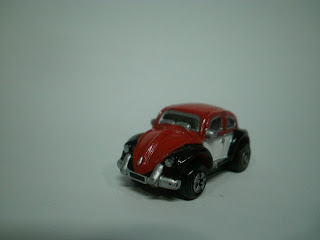 The bug is red and white and black.  The paintwork could be better, but then again it is a small vehicle. 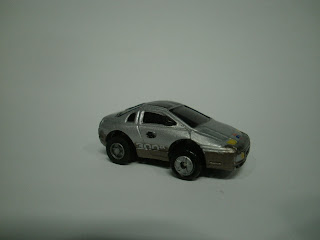 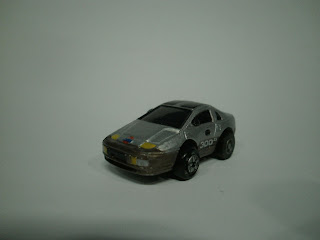 The muscle car is all silvery and all, and again seems to have that "hyper anime look" or computer game look.  I can't decide which. 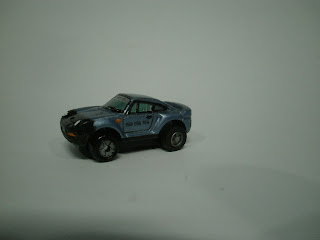 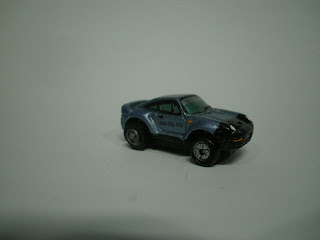 The corvette seems to have oversized wheels and too small a passenger compartment.  The scales are seriously off on these vehicles. 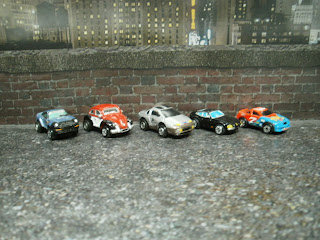 These are slightly larger than the duo from yesterday, probably to include the "pull back" motor.  They are still tiny though.
Posted by Novelty at 12:30