These came in a box the other day.  I'd almost forgotten about them.  Yay, gitd stuff! 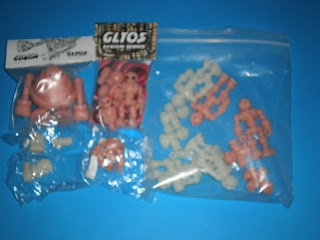 The guys there were so great that they even threw in some freebies.  I haven't opened them yet thanks to only being able to open a toy a day (and that looks like, eep, 6 toys, so it'll take the most part of a week to open them).  I'll have to schedule them in though, but I don't know when. 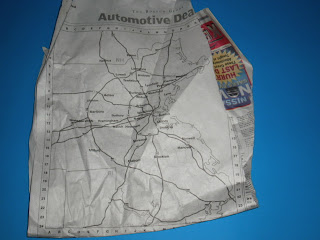 Oh, and where are these guys located?  Well, they even sent me a newspaper page with a page of where they are.  I wonder why they did that!  I wonder how many people I know who live in the area represented by the map above - here are the shout-outs: Poe Ghostal, his cousin Ed who never fails to entertain me, PrfktTear on Poe's forums, Malovis (I think) and Quislet, Esq.  If I have missed your name, my apologies.
Posted by Novelty at 00:57