It's the final day of Ben 10 fortnight, and as promised, here's the best and biggest Ben 10 toy that I have to open for this fortnight.  The Action Cruiser was featured in almost every episode of Alien Force and it was only in the final episode that it was shown to be transformable.  How does the toy stack up? 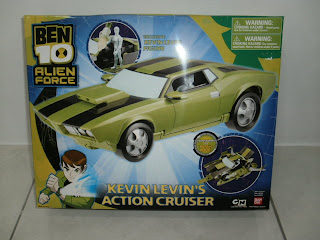 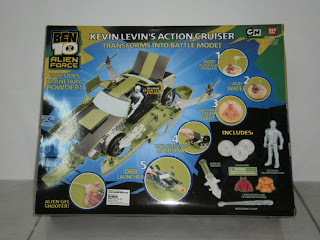 The box is huge, and again features the greens and blues of the theme.  The front of the box has round insets to show the action features, and the back has numbered insets for the main action feature.  There aren't any images of the other figures in the line, but that's not a bad thing. 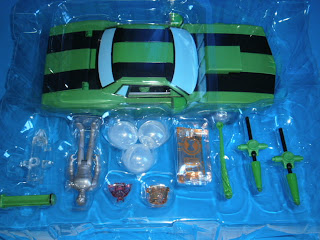 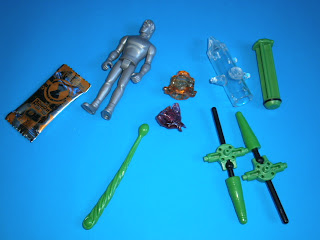 The contents are actually packed in a rather flimsy plastic tray, and for a change, the vehicle has an action figure as an accessory.  There are also a whole load of accessories, which is unusual for Ben 10, including two friction firing missiles. 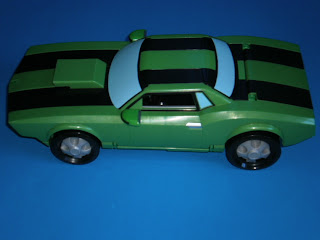 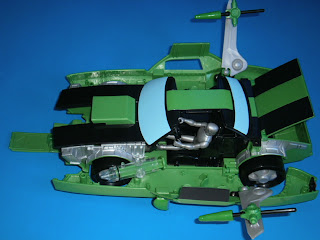 The car is reminiscent of a MASK vehicle and transforms simply like one of those vehicles too.  Which means it's two decades out of date.  The main action feature is that round plastic balls containing gel filled aliens are loaded into the trunk and fired from the front of the vehicle via a button on the passenger seat.  As such, there is no passenger seat. 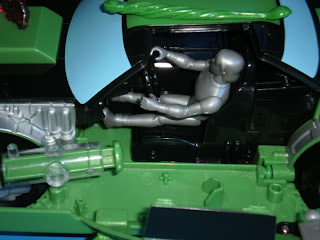 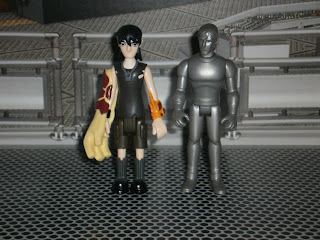 There is even a Kevin Levin figure, but this figure has no paint and only 5 points of articulation.  The figure is also a bit small for scale - this Kevin is supposed to be 16 years old, yet he stands shorter than 11 year old Kevin.  The lack of knee articulation also means that the figure cna't sit properly in the vehicle.  That's not a good thing.  Even the MASK figures of the 80s had knee articulation to sit properly. 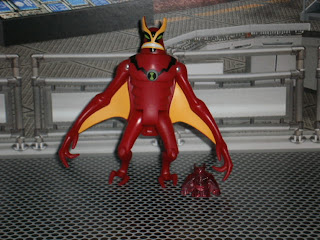 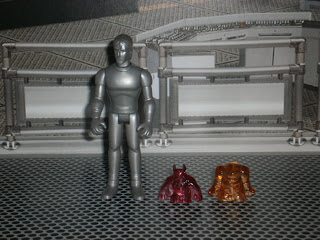 There are also two miniature rubber figures of Jet Ray and Humungosaurs which can be placed into the round balls and fired.  These are even smaller than Kevin and way way out of scale to the actual figure.

Ignoring the figures, I do like the vehicle as it is so reminiscent of the vintage 80s MASK vehicles.  It forms a good backdrop for the aliens to be displayed with too.
Posted by Novelty at 00:48