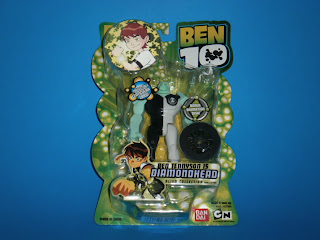 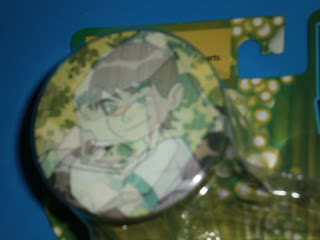 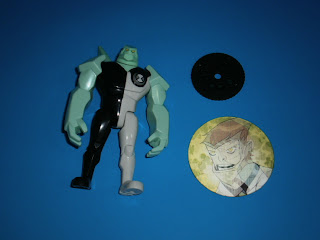 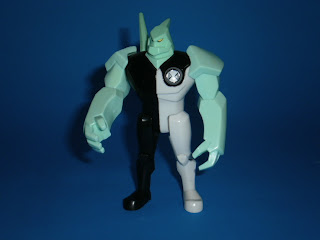 At first glance, the figure comes with no accessories, other than the pog and the viewmaster reel.  But first glances can be deceiving.  The lack of instructions is also no help here on this figure, but we'll get there later.  Like Fourarms, most of the figure is unpainted, but where there is paint, it is good, particularly around the eyes.  The figure could have been better had it be sculpted from transparent green plastic.  The only thing that is sculpted from transparent plastic though, is the omnitrix symbol. Articulation is normal - swivel hips and shoulders and neck, hinges for the knees and er... not the elbows.  That's a sucky point though, that the figure lacks elbow articulation. 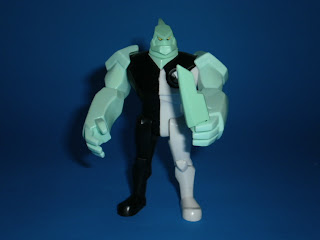 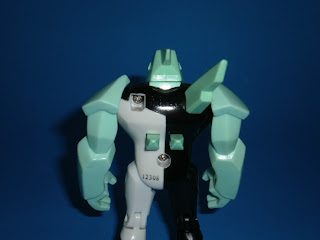 There are some numbers painted on his butt, which is weird, but what's cool is that Bandai sculpted his back "blade" such that it is detachable, and it can be held in his hand.  Cool. 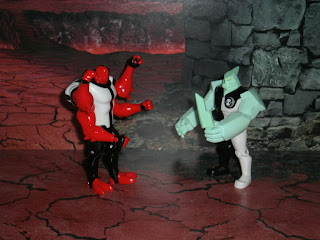 Green and red?  I've got a background to match.  The figure has that cartoony look, but really loses points because it's not sculpted from transparent plastic.  Oh well.
Posted by Novelty at 21:46