It's Ben 10 fortnight here on Toy a Day's Monster October, and we cap off the first week of the fortnight with another of Ben's aliens - still from the first series, albeit one that's hardly used in that series due to its late debut - Upchuck. 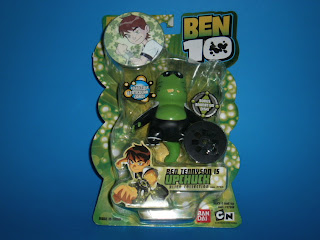 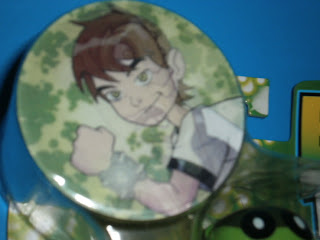 Upchuck comes on the series 1 card and it's the same as most of the other Series 1 card out there, down to the two stickers.  Because Upchuck is a lot shorter than a normal figure, all of him is visible through the bubble. 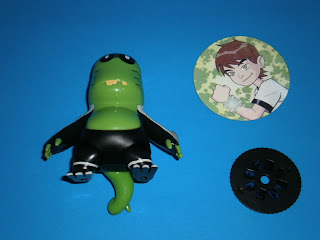 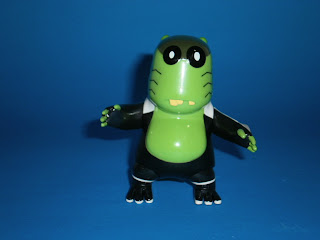 Upchuck doesn't come with any accessories, and the figure itself is mostly one piece with just the arms and legs and tails attached to the main piece.  Because of that he only has five points of articulation.  Upchuck is more or less a short brick. 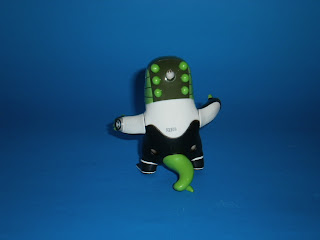 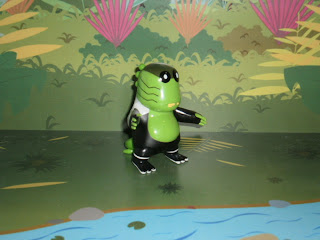 The sculpt is good for the figure and there's some details on the back.  The paintwork is also excellent, not only on the face, but also on the feet. 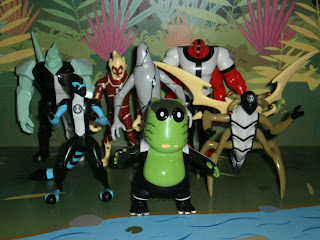 This version of Upchuck is more a display figure.  It can't even open its mouth, which is his main "super power".
Posted by Novelty at 00:44