It's Halloween!  And just to celebrate, here's everyone's favourite uncle who loves to blow things off... wait... blow things up, Fester!  Welcome to the final day of Monster October here on Toy a Day! 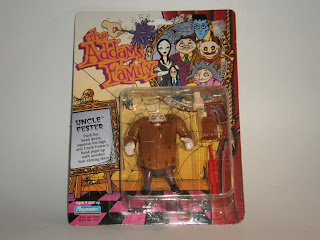 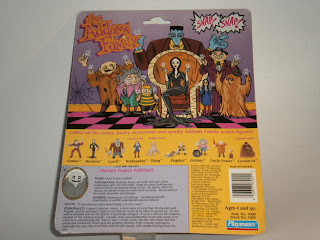 Fester comes on the usual Addams family card, and there isn't anything new here.  Fester is packed with his head inside his body.  It makes him look disproportionate and smaller, and less appealing, not that he was any more appealing to start off with. 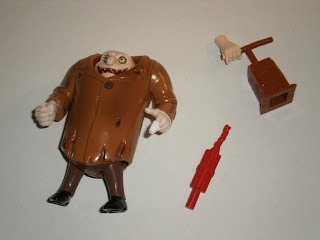 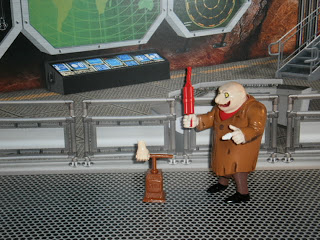 Fester comes with two accessories, a stick of dynamite and the Thing accessory, which is Thing on a plunger.  Thing cannot be removed from the plunger as both are moulded from brown plastic, with Thing painted in flesh.  The plunger does not actually work - it won't be until later that we get working plungers.  The stick of dynamite is just red plastic, moulded, but thanks to the lack of paint, the details don't show very well.  It can be easily held by Fester though. 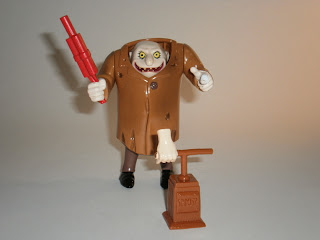 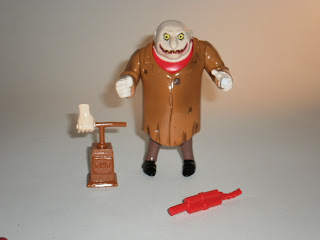 Fester is basically his trenchcoat with limbs and a head.  The trenchcoat is nicely painted, and the head is also painted to show off Fester's beady eyes and his wide toothy grin.  There are only two points of articulation - on the shoulders which swivels well.  There is no leg or neck articulation because of the action feature  The action feature also makes the legs look as if Fester is trying to pee and is pressing his knees together underneath the trenchcoat. 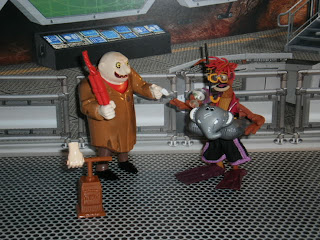 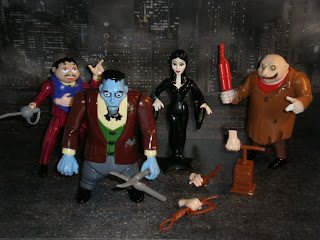 Like Lurch before, Fester looks good, but is of limited play, unless you enjoy the sight of a head popping out from his coat (eeewww!) or you have a lot of imagination.  Still, Fester is a very good reproduction of his cartoon look and stands great with the other Addams Family figures.
Posted by Novelty at 00:52