It's the home stretch.  I think I'm way past halfway through my stash of toys, but I really have no idea.  Toy #301 is this one, Lurch from the Addams Family and the figure should need no introduction.  He's just the big hulkish butler of the family with a bass voice that is rarely heard. 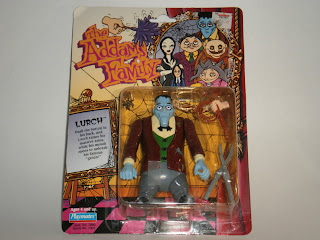 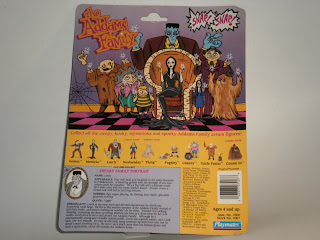 The card is similar to Morticia's and Gomez's card, but its' modified for Lurch with his bio on the back and his name and the description of is action feature.  His action feature is a button on his back which when pressed raises his hands and moves his mouth. 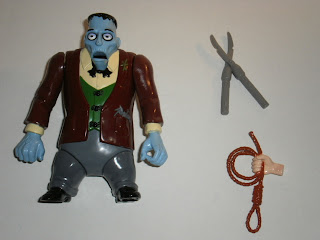 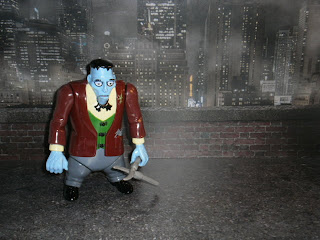 Lurch comes with a pair of shears and thing holding a noose.  Like Morticia's Thing, it's moulded from brown plastic with Thing painted in a flesh colour.  The shears are moulded from a grey plastic and is not articulated, but that's the norm for that time period.

The figure itself is heavy, with 5 points of articulation - hips, shoulders and mouth, but the latter 2 are hampered by his action feature.  Lurch really is just a glorified brick, but he's painted arther well and he does look like his cartoon counterpart. 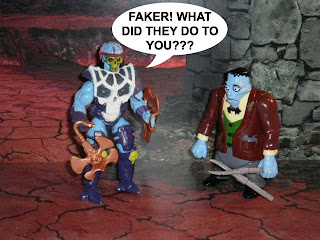 Thanks to his excellent sculpt and paints, Lurch looks great on display, but falls flat figuratively on play.
Posted by Novelty at 00:50