One of the first few Alien allies that Ben had is this guy that I'm opening today, a guy which was named Tetrax in the latter episodes.  That name is not mentioned on the title card though.  Welcome to the second week of Ben 10 fortnight of Monster October. 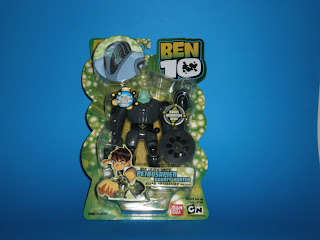 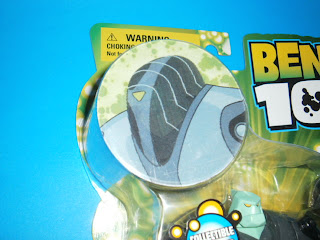 Tetrax comes on the usual Series 1 card complete with the circular lenticular card, or Pog wannabe.  it's a pity that Ben's image is still on the title card - they could have at least changed that to this guy. 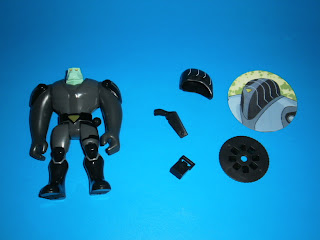 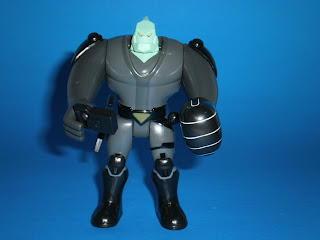 And Tetrax comes with quite a large number of accessories, which is not the norm for a Ben 10 3-inch figure.  The sculpt is clean yet detailed, and paint has been used to highlight the parts of the sculpt that has been raised, including the belt buckle and the knee caps. 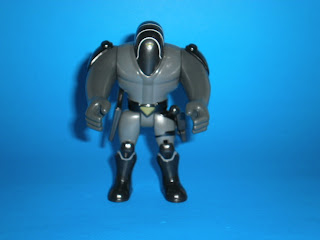 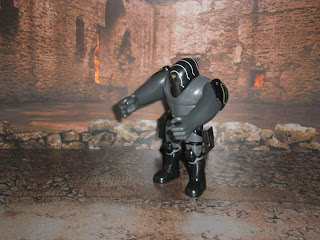 Both the weapon accessories can be held in his hand or plugged into the holes on his hips.  The gun accessory is holstered, and it would be weird for him to hold it.  The helmet is moulded from a black plastic and fits on the body perfectly.  There's some paintwork for the lines and the "eye" and those are done rather well. 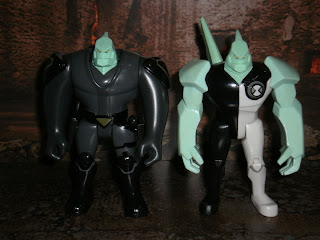 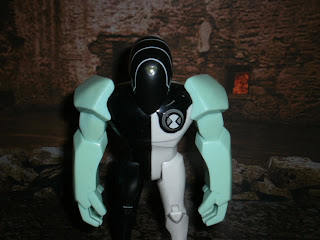 If the headsculpt looked familiar, that's because it's the same headsculpt as Diamondhead.  Tetrax's helmet fits perfectly on Diamondhead as well.  It's a pity that he doesn't come with his signature accessory, the hoverboard, but this is still one of the best series 1 Ben 10 figure so far.
Posted by Novelty at 12:52