This isn't really a toy, but it's part of a lesser known toyline known as Mad Scientist.  The toyline even had a cartoon series at some point in the late 80s.  Anyways, since this is not a toy, it doesn't really count towards the total.  Now, I got a whole bunch of Mad Scientist stuff, when I was building my Mad Scientist site at Duke Nostalgia a long time back.  That site was mainly for Lego 80s catalogue scans, Centurions toys and Mad Scientist.  This watch is actually featured there as well. 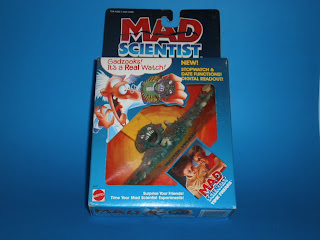 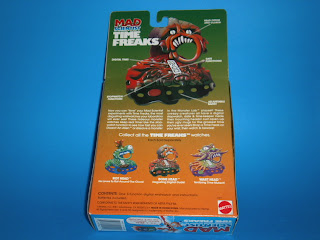 The box is awesome, thanks to its 80s influence.  The's the logo on the top of course, but there's also a comic on the top left of the "window" and an image of the watch being worn on the lower right, rotated 45º counter clockwise.  The back of the box has an illustration of the watch and some description, as well as pictures of the other 3 watches in the line. 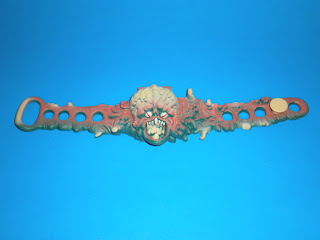 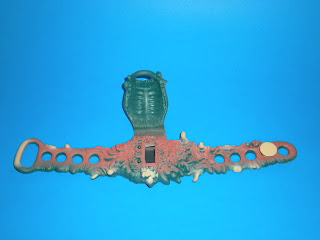 The watch itself is nothing much to write about.  The paintwork is excellent and the soft plastic means that it can be worn rather comfortably on the wrist.  The watch is joined together by a plastic peg which punches through the holes on both straps of the watch.  Thanks to the design of the straps, the watch can be worn by a child or an adult. 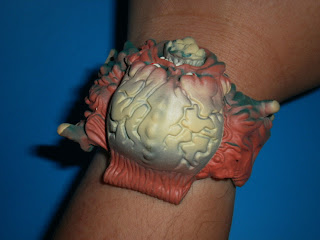 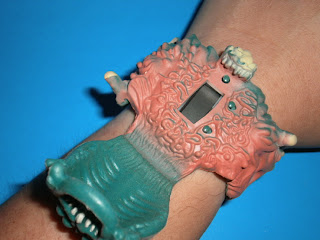 Sadly, the battery on the watch has long since died, but it's not that difficult to replace the battery.  It's a cool little watch, and once the battery is replaced, guess what I'd be wearing on Halloween!
Posted by Novelty at 00:18