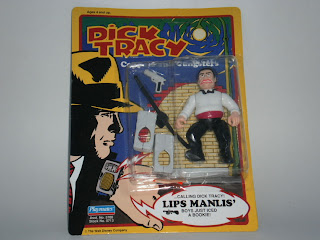 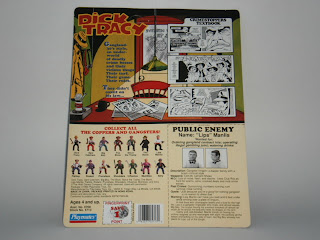 Lips comes on the standard Dick Tracy card, and I wonder what is that sun blob thing next to the logo on the front of the card.  Does it look like a hole for Dick Tracy?  I have no idea with this line anymore. 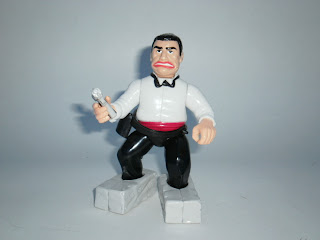 Lips is sculpted such that he's dressed to the nines and the paintwork really highlight the costume, with the bow-tie and the cumberbund painted to impress.  There's even a spare tyre around his waist.  Sadly, his face has a weird grimace that could probably give a duck some competition.  Nevertheless, the paint on the head and face does bring out the details of the sculpt.  One thing going for Lips is that he is the first character to have accessories that are not phallic and suggestive.  Sure, he does come with a pistol, but he also has a pair of cement shoes, which are hollow are comes apart as two pieces so that it could fit around his feet.  The design of the cement shoes is good. 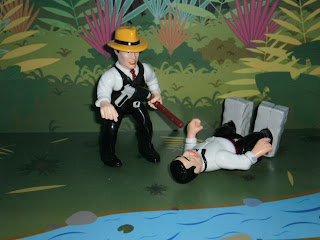 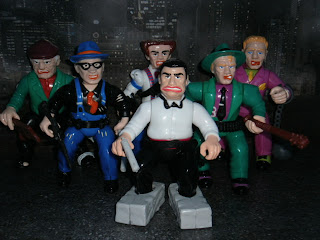 Lips is one of the best character yet, thanks to the fact that he doesn't have garish colours and he does have accessories that are not suggestive.  He still does look a bit like a bobble-head though, which is a pity.
Posted by Novelty at 00:39