I guess I better get the Lego stuff out of the way ASAP. There doesn't seem to be much interest in the Lego pictures. Before I continue though, I have to say thanks to Huw of brickset.com for all the hard work he puts into that site - I've been using that site as my main Lego reference site since Huw created it almost 10 years ago. 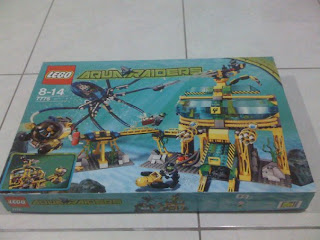 This is the main base of the 2007 Aqua Raiders set. I think it was the biggest set in the subtheme. Not every set had gitd parts, but this one did. 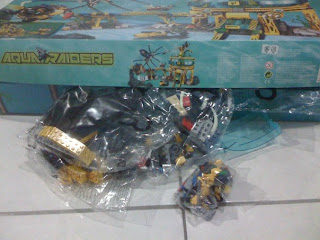 I hate the boxes from that era - no internal trays unlike the 80s, and the box is made out of really flimsy cardboard. Lego was trying to cut cost during that era, and the result is the horrible box. Quite a lot of baggies in the box, and unlike the sets from a year later, there are no baggies inside baggies. There are a number of large pieces without baggies, and two instruction booklets. As usual, more pictures are in the relevant Facebook album. 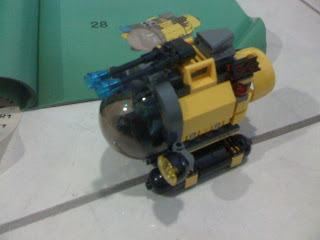 The little sub is a nice vehicle and a fun build. It could have been a stand-alone set and has a number of nice features, including an opening cockpit and a treasure box-chest thing with two jewels. 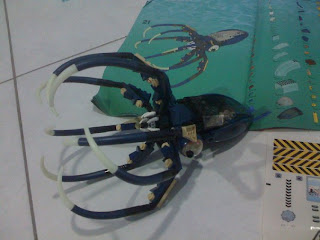 the eyes and tentacles glow as well

The squid is the "enemy" in the set, and it comes with gitd tentacle tips, eyes and "ribs". The design is interesting, but harkens to the Mission Deep Sea creatures of the early noughties. Still there are enough hinges to allow the tentacles to be posable. The see through cockpit (body) and the skeleton inside is a nice touch. 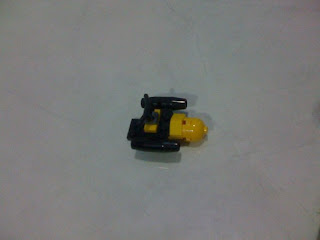 The mini sub is nice, but there's nothing to write home about. What is nicer is that there is a nifty launch mechanism for this sub in the base that makes use of a rubber piece rather inguneously. 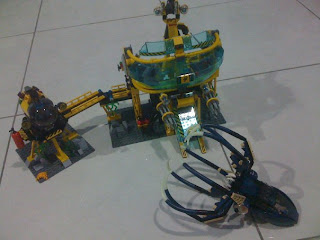 The base is a huge build, yet consists mainly of large pieces including 2 BURPs. The airlock (waterlock?) is nicely design and can be swung to one side. However, the design of the base is not "watertight" and that's a huge downside. There is no roof on the airtight portion of the base which is a bad oversight. 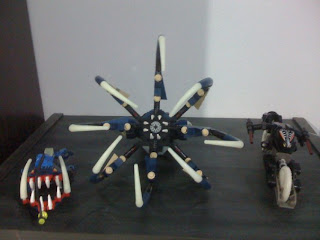 Here's the beastie, next to a smaller gitd fish and a roborider cycle with gitd wheels. The size of the beastie is huge when compared to the other 2. One of these days, I've gotta dig up the rest of the gitd Lego stuff (Racers and Bionicle comes to mind, but I think there are also another Roborider and some Castle stuff).
Posted by Novelty at 22:49