I couldn't decide whether to count this as 2 toys or one, but yesterday I decided that if it was in one box, I'll have to count it as one, otherwise it gets hairy when it comes to 5-packs and whatnots in future (not that I have many of those, but I do have a few). 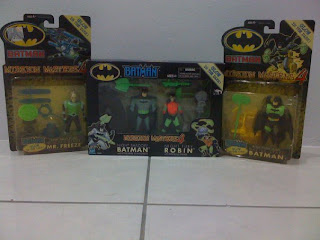 Batman and Robin in a box. I don't even remember when I bought it, other than the fact that there's a "Glow in the Dark" written on the box! I also have no idea about Batman toys in general - I'm not a Batman fan, but if I remember correctly, the whole Mission Masters 4 line was Glow in the Dark. 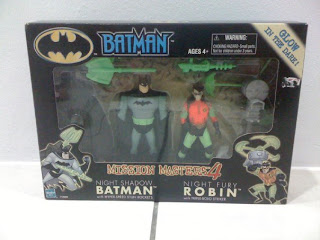 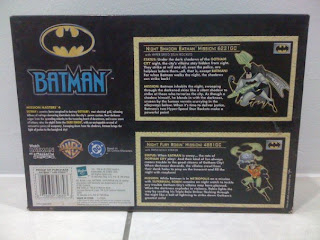 There are the bios on the back of the box (larger images can be seen in the photo album), and the card art is reused all over the box. 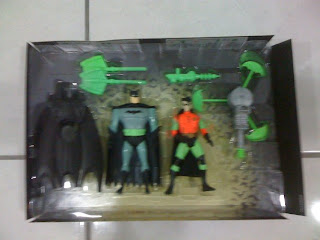 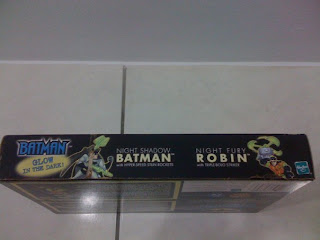 I like the tray inside the box - note the lack of ties and rubger bands! 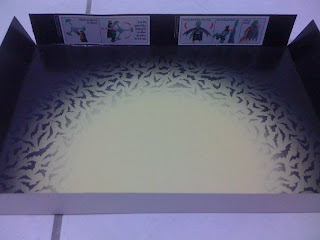 I do like the design on the tray - bats and a glowing background - that's a good creative touch. Also interesting is that the pictorial instructions for both the figures are not on the outside of the box as could be expected, but is actually on the tray itself! (again, close ups are in the album) 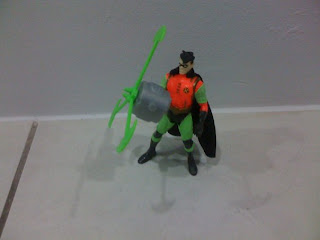 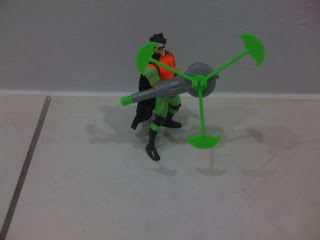 The Robin is nice, and glows in more places than Batman. I also like the accessory which spins thanks to a knob at the other end. 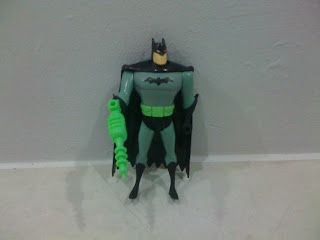 The Batman can't stand on its own, and desperatly needs the backpack to stand upright. 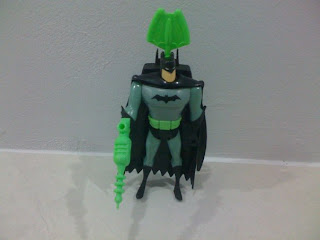 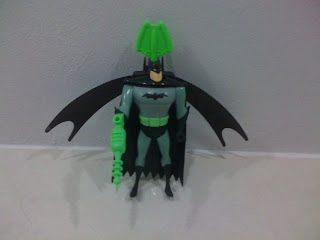 The backpack is nice, with swing wings and a firing missile. 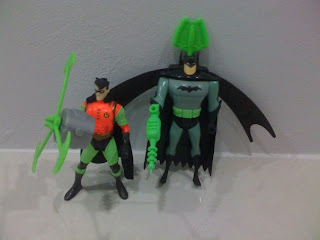 The only major gripe I have is that there are only 5 points of articulation limiting the poses on the figures, and thus rendering Batman unable to stand without the backpack, since his legs are birdlike and his chest is ginormous. Still, it glows in the dark, so I suppose that was suppose to make up for the shortcomings of the figures.

Feh, no wonder a few years (or was it a year) later when Jeremy Padawer started on MotU 200x, we got the same issues... (for those not in the know, MotU was partially based on this line of Batman - hence the multiple He-Man/Skeletor variants).
Posted by Novelty at 21:32