I've never watched Tron ever, but apparently it has a cult following. Perhaps Mr. TVgeek would be able to shed some light on the topic. I think the original toys came with the gitd weapons and the NECA 20th anniversary reissues definately had gitd weapons. Tron forms this weekend's part of gitd January, and I think there are only 4 figures in the line - Tron, Sark, Flynn and the Warrior. 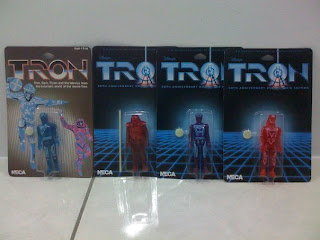 There seems to be two different cards for the toys. Both were issued by NECA. I have no idea which one is more valuable and which one was issued first, and it doesn't matter because these are getting opened! 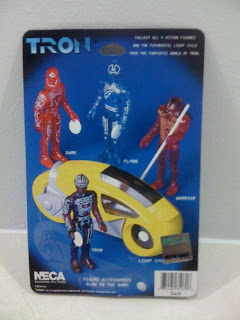 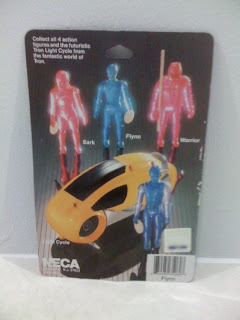 Back of 20th anniversary card Back of Flynn card
The back of the cards are different as well, but both versions show the 4 different figures as well as the light cycle. The Flynn type card is a little blurry though. 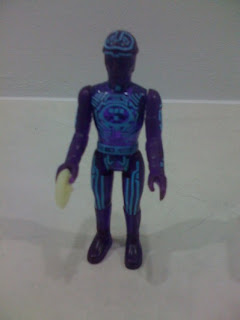 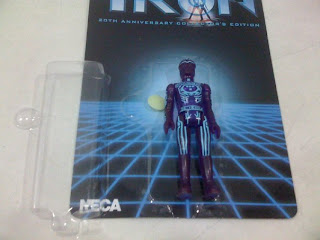 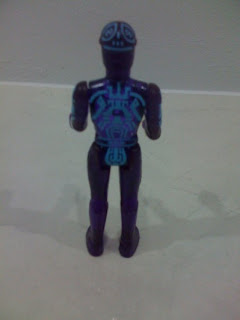 Tron
Tron is a purple figure with a gitd discus thing. He can hold the discus in both hands rather tightly (thanks to a grove on the discus), or attach it to his back (thanks to a peg on the discus and a hole on his back). The body is nicely painted with non-gitd paint (it's white), although there are some smudges here and there, which doesn't really matter to me. 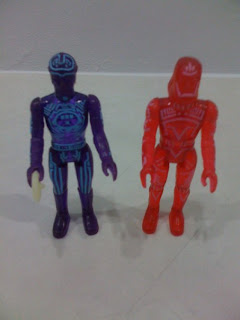 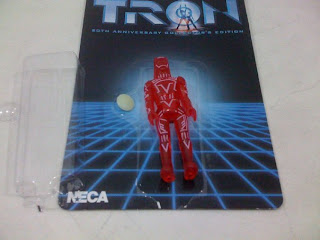 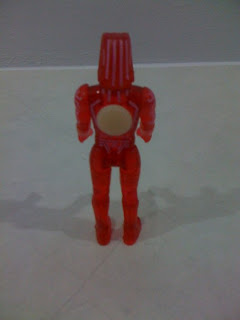 Sark is a red figure with the same body and gitd discus as Tron. The only difference is the head and the body paint. The body paint on Sark is rather simple. 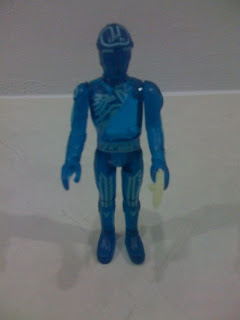 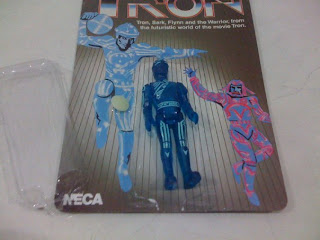 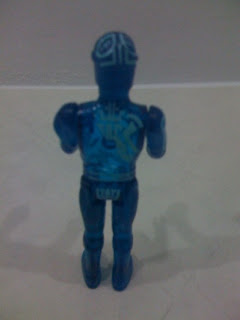 Flynn
Flynn is a blue figure and shares the same body and gitd discus as Tron and Sark. Again, the only difference is the head and the body paint. Compared with Sark and Tron, Flynn probably has the most complex body paint design. 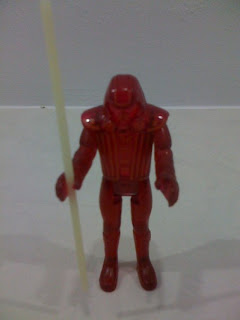 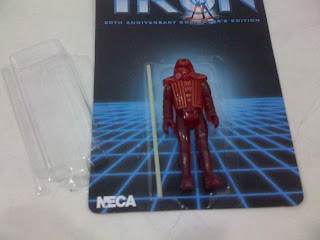 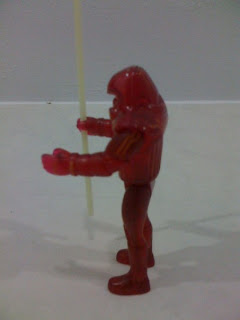 Warrior
The warrior is a maroon figure, and he shares only the limbs with the other 3 figures. His body is larger than the other 3, he has a unique head, and instead of the discus, he has a gitd staff. 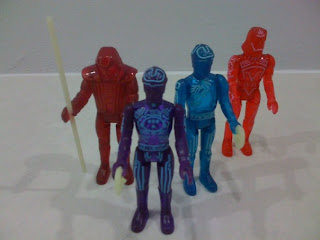 Group shot
There are more pictures on my Facebook album of course, and since there are 4 figures here, this means I've used up my quota until Tuesday the 19th. The next toy will be opened midweek on the 20th. Stay tuned to see what I have for gitd January. Yes Nick, I do have enough for the whole of next week and apparently this is only a small sample of the gitd toys out there! 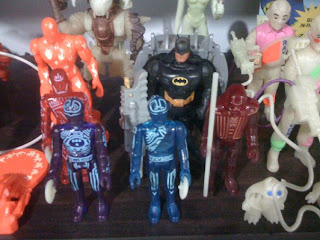 With the rest of gitd January and friends.
Posted by Novelty at 21:31