I think I have surprised myself at the amount of gitd stuff that I have - unopened - lying around. Nick did mention in passing that he doesn't think there are that many gitd toys, and I told him there's more out there than he can ever imagine. 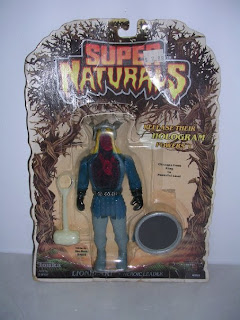 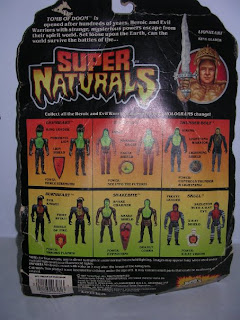 So, I was digging around in the piles of loot for Femme February when I came across this, as well as 6 other ghostlings. Whoa, I have more ghostlings! That's just wicked! I had thought that I have opened this, but apparently it's still sealed, so I guess it's fair game for gitd January. 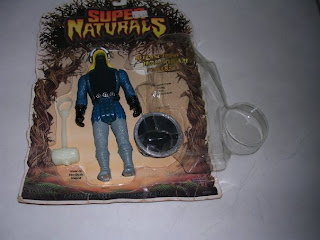 Not much to say about the figure - the 7 points of articulation (or is there more?) helps it somewhat, but the fact that the face and most of the body is a hologram makes this feels less of a toy and more of a gimmick. 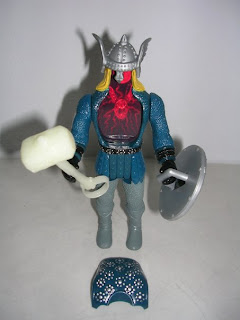 The toy comes with 4 "accessories" - a hologram on a shield, a gitd hammer, a rubbery helmet, and a chest plate. Nothing much to see here, please move on. 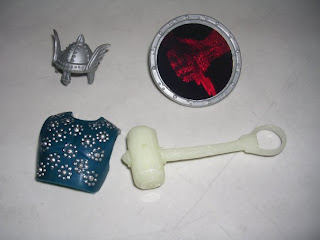 I find the figure disappointing overall - unlike the ghostlings, not even the gitd weapon could help this figure. No wonder the entire line tanked... not that Visionaries did any better. Anyways, here's the leader of the guys with the ghostlings. 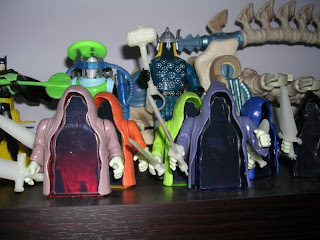