After almost half a week of DC figures, I thought I might bring some balance and open a Marvel figure. This is Human Torch, one of the few marvel characters that I actually like. It's also good that it glows in the dark too! 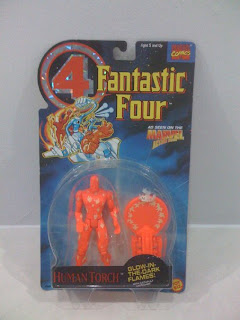 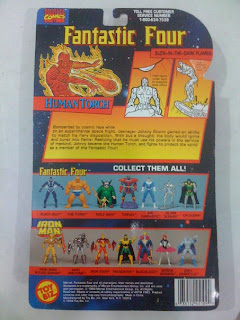 It's a pity they didn't make Thing gitd as well. Oh well. 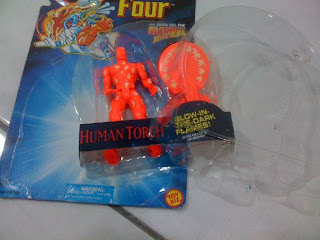 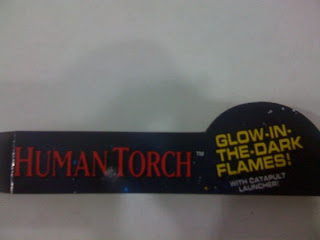 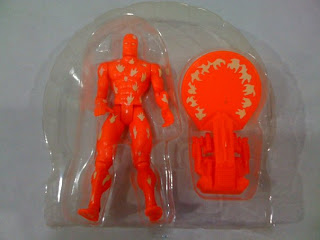 There's 11 points of articulation here, and it stands rather nicely as shown in the photos below. 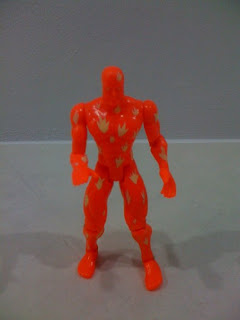 I have no idea about the catapult... 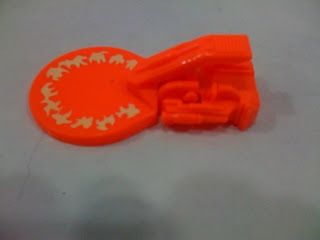 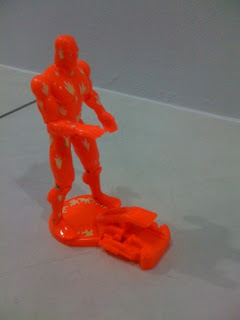 And here he is with the rest of gitd January! 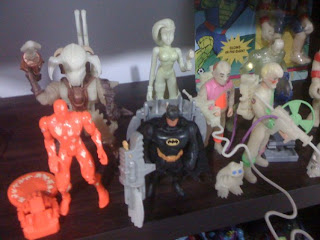