Knights of the Magical Light

I've been having fun unpacking boxes, and repacking some of them almost immediately. A lot of my stuff will have to go into storage soon, and I need to make space for other things. I had fun going through: 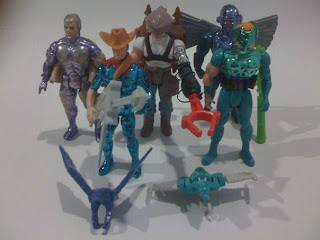 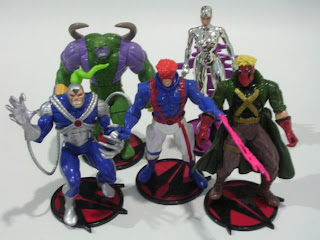 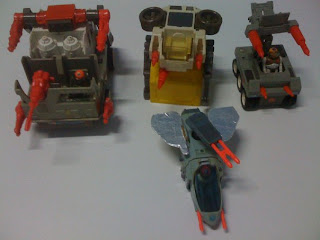 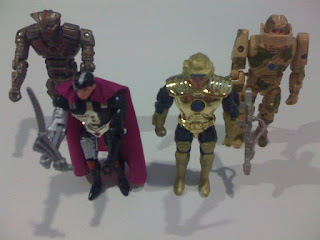 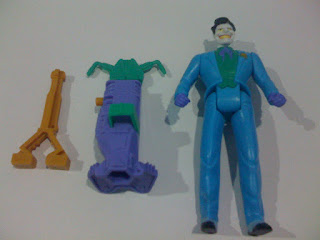 Joker -The Pogo stick is actually a reused Ghostbuster accessory 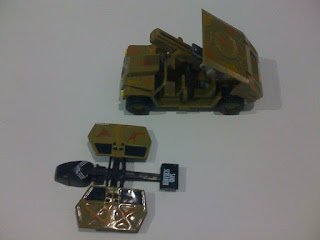 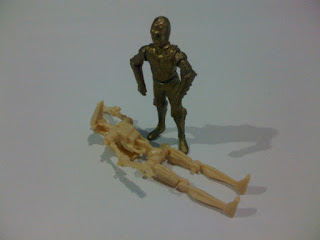 The WildCATs and StarCom stuff brought back lots of memories, so did Steelwill and the SW Droid. Last night, while fighting with the notebook (it finally died :( ), I pull open this box and it it was this box:

Yay, the Lancer Cycle, my only Visionary toy as a kid. I know I got a couple more figures in a mixed lot a few years back, but could never remembered what I got. I opened the box, and a few figures fell out. Wait, is that...? 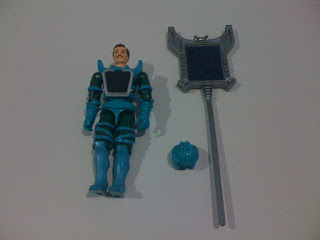 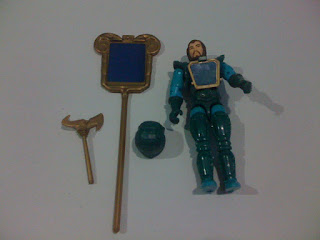 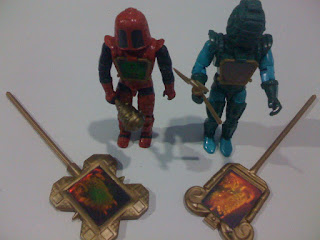 Arzon, Darkstorm and Mordredd. Wow, I don't remember that I have these. Never had them as a kid, so not much memories there.
And then of course, there's this: 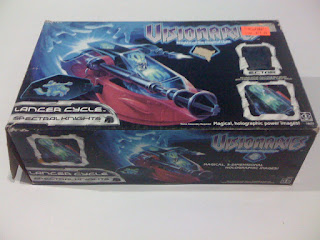 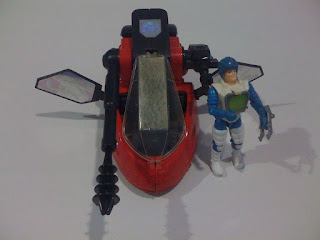 The cycle and Ectar. The hologram on the cycle is a bit faded, which is a pity, but it's still rolls fine. Ectar is a bit yellowed from the long years I've had him, but as my only visionary figure as a kid, well, he's got a lot of play.

I also realised that these figures are based off the GIJoe buck, but probably a bit larger, and is a lot more playable than Tonka's Supernaturals. It's no surprise that they were more popular then. So what should I do with these? Back in the box, or should I find shelf space to display them? And if it's the later, who should I get rid of to make space? Supernaturals? Feel free to comment!
Posted by Novelty at 21:47