It's the end of the year.  There's a number of top 10 lists flying around out there, but since this is 2011, I'm gonna be a bit different and do Top 11 lists.  I'll start off with MotUC, which put out quite a bit of product this year.  This wasn't an easy list to cut down to 11, but I think I've succeeded. 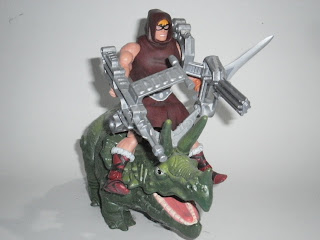 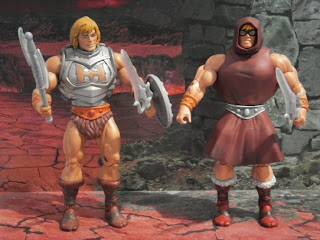 Nope, Preternia Disguised He-Man didn't make the cut, but the following did: 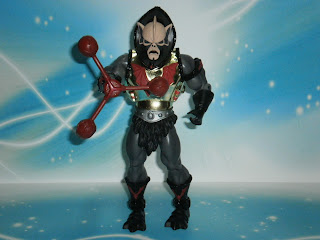 11. Hurricane Hordak - this is the first vacmetal figure in the line and he does look nice.  I like how they incorporated his three weapons into the design.  I also like the fact that the cannon-arm works well with all of Trap Jaw's and Roboto's weapons!  Score one for the Evil Horde. 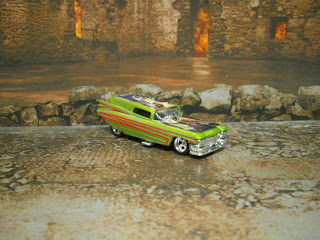 10. '59 Cadillac Funny Car- gotcha!  It's been a while since we've seen merchandise with Slime Pit on it.  The last time mattel did something similar was Harry Potter and the Slime Chamber.  Well, that's close, but it's just not the same.  Neither is this Slime Pit, but it does have a picture of it on the car.  Hopefully Slime Pit will be the first playset announced for MotUC.

9. Battleground Evil Lyn - I haven't got my flesh-coloured Lyn yet, but I do like her thanks to the purple colours and the extra unhelmeted head.  OK, so she's a cheap repaint, but I don't really mind. 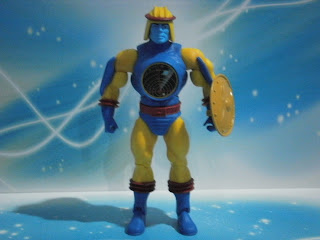 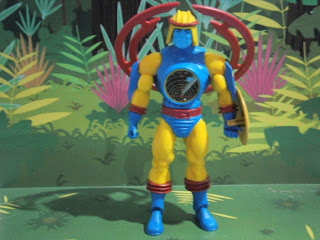 8. Sy-Klone- what's there not to like about this garish figure?  OK, his action figure is gone, but he does have the new Saturn ring on his back.  He also retains his renticular sticker on his chest, another win for me.  So he doesn't have his Asian features and the red ring on his head is also not removable, but those are minor quibbles for such a great character.

7. Polly Pocket She-Ra/Catra/Frosta - The first appearance of Frosta in over 20 years, and she does look cute.  The Polly Pockets are SDCC exclusives (and they were also sold on mattycollector) so they are a wee bit hard to get, but does it matter?  These figures still look great. 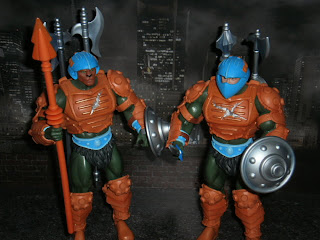 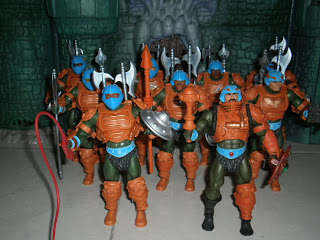 6. Palace Guards - This two pack came with a whole bunch of accessories so that the two figures can be customised a number of ways to obtain a troop of guards.  Granted, it was spoilt by the Spector head, but for the first time ever, Man-at-Arms gets his army to lead into battle. 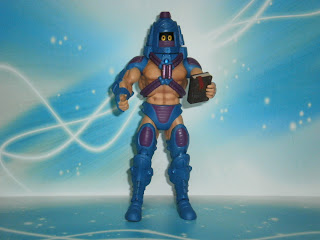 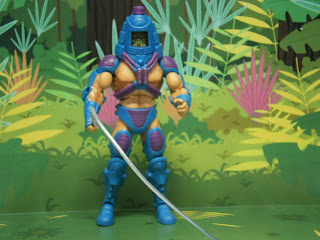 5. Man-E-Faces - OK, so he's not orange, but that's a plus in my book.  Another plus is his extra head which allows him to become Skeletor, He-Man or Orko.  Finally, Orko gets to hold the book eh comes with!  Despite this being a cheap reuse of most parts, Man-E-Faces still gets to stand out and be awesome. 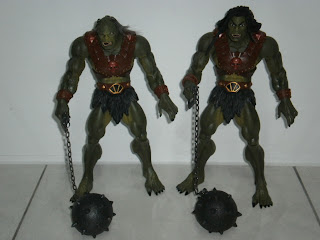 4. Megator - So Tytus was talked about twenty ways to Wednesday about how horrible he was.  Well, Mattel decided to include a "secret accessory" for Megator and guess what?  That one accessory made the set great.  The accessory is a second head of course, and it pays homage to the vintage toy as it has rooted hair.  I also like the real metal chain links on the morningstar.  Other than that the figure is more or less a remake of Tytus with a different head (or heads), but unlike Tytus, the complaints of the figure was relatively muted. 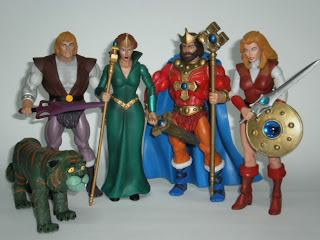 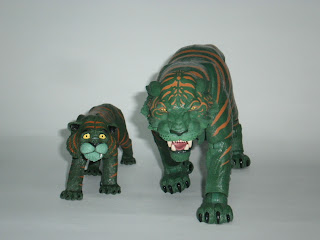 3. Marlena!  Finally, we get to complete the Royal Family of Eternia.  That's not the only reason why Marlena made it so high up in my list though.  Well, there's also the fact that she comes with an articulated Cringer, which is a nice bonus.  Another bonus is her Filmation look, which is great.  The big bonus is that there are enough parts in her package to convert her from Marlena to Captain Glenn, captain of the Rainbow Warrior.  This is basically two figures (three if you count Cringer) for the price of one. 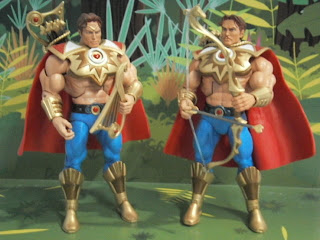 2. Bow.  There's no hiding that I like Bow and I don't really care if he's gay or straight.  The figure (and a hunk of plastic can't be gay or straight!) looks absolutely stunning, but that's not the full story.  There's of course the two heads and the two chest pieces which allows for both the toy look and the cartoon look to be created.  Then there's the awesome bow which has a detached arrow.  Oh and he has a wrist joint that allows him to cock his bow.  Now that's awesome. 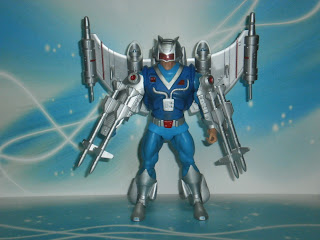 1. Flipshot - I never would have thought a NA character will be my top figure for the year, but here's Flipshot.  Let me count the reasons why.
i. Great looking sculpt that's true to the vintage toy
ii. first Galactic Guardian/Protector figure
iii. The huge backpack which can be converted into a jet sled!
iv. firing missiles from the jet pack!
v. removable missiles on the arm missile launcher
vi. two heads with three very distinctive look - visored, unhelmeted, helmeted
vii. clear eyepiece on the visor
viii. great original parts, which can be used as a base for other custom figures

So there's my list for this year.  What's your top MotUC figure for the year?
Posted by Novelty at 01:31