Lego does have certain exclusive sets - sets sold on ferries and planes, but also sets sold in retail stores like this one that's specially made for Toys R Us. 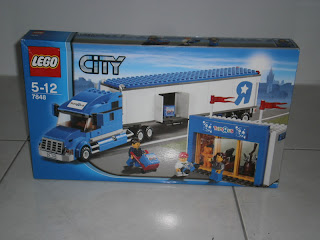 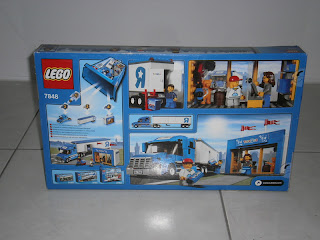 The box is the standard City box - that's because this set was originally a yellow truck, but customised to blue and white for TRU.  The back shows the details of the toystore, but there are a few other things not shown on the back. 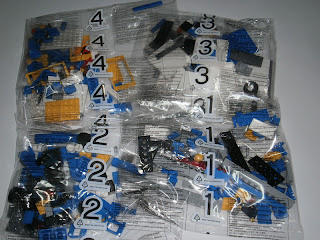 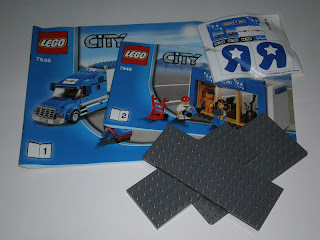 There are only four numbered baggies inside, two instruction booklets, three large plates and a decal sheet.  The decal sheet wasn't in great shape when I opened it. 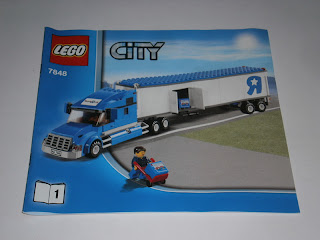 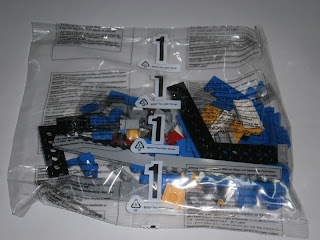 Booklet one builds the cab. 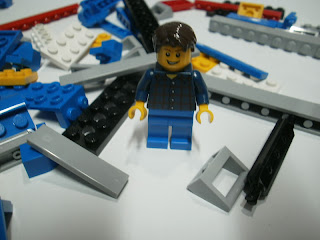 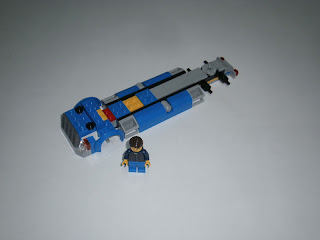 It starts off with baggie number 1 which builds the cab driver, and the undercarriage of the cab. 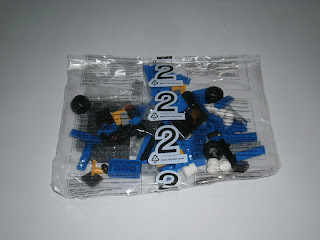 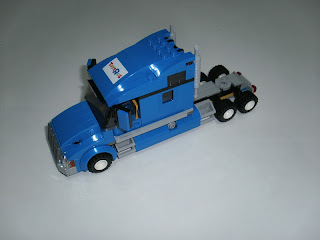 Baggie number 2 completes the cab.  Hidden inside the cab, is a bed and a TV.  It is actually very cool inside. 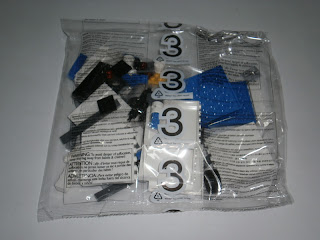 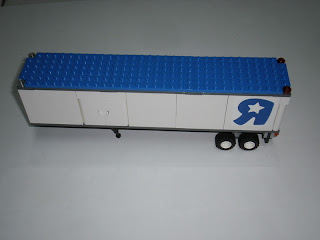 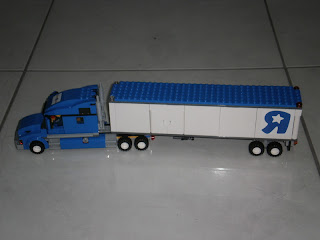 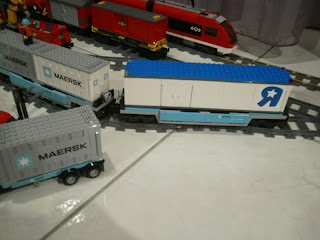 The vehicle is long, but wait, the dimensions of the trailer are a bit familiar... yup, the trailer, with the wheels and rear lights removed fit nicely on the Maersk flatbed wagon. 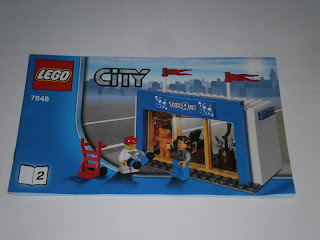 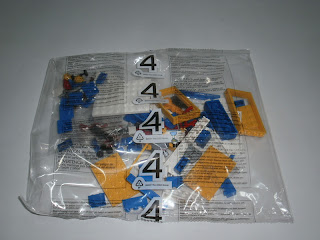 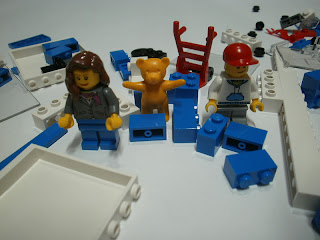 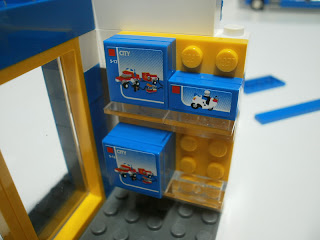 There's quite a lot of goodies including a teddy bear, miniature Lego sets... 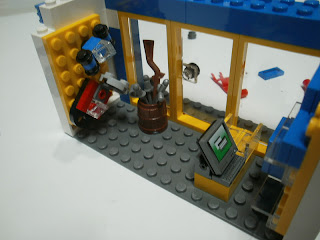 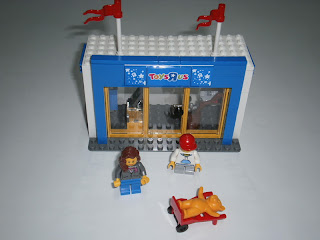 ... and a whole barrel full of knives and a pistol.  The build was easy for both the store and the truck. 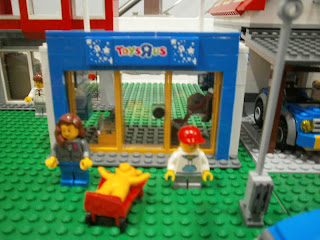 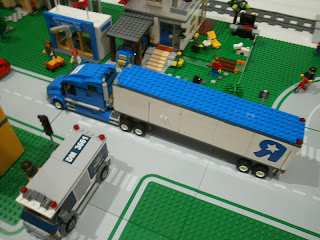 Overall?  This is a nice little set.  I'd say it's even better than the non-TRU version as this one has the TRU sticker/label on the store.
Posted by Novelty at 00:08