It's another day, and as promised yesterday, it's time for another Winter set, this time it's the Winter Bakery! 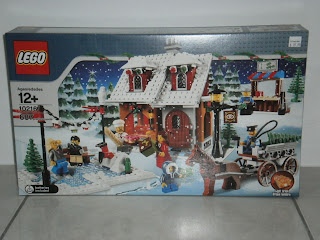 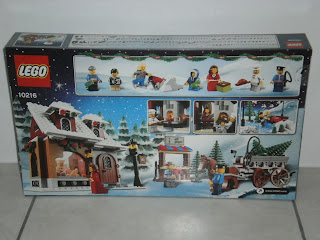 I think this has the best box yet and the scenes it shows are just so joyful.  The layout is similar to the Post Office from yesterday, despite the fact that these are released a year apart.  I wonder what next year will bring... 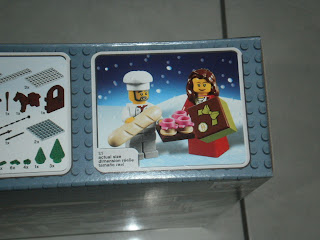 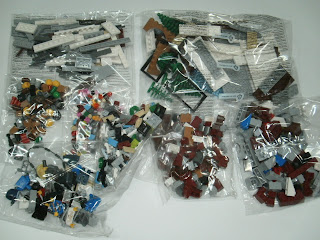 Well, at least the top of the box shows the baker and a lady with a gift.  It looks good.  There are eight baggies in the box... 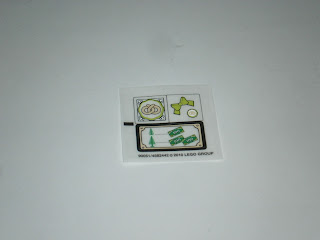 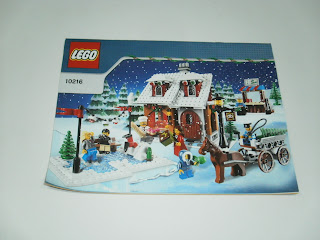 ... as well as the decal sheet and instruction booklet.  What a difference a year makes though, because last year when this set was released, the instructions were not protected by a hard cardboard and baggie.  Oh well. 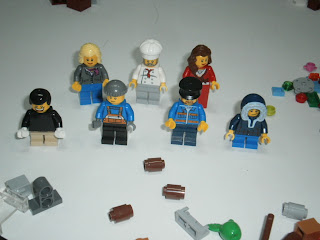 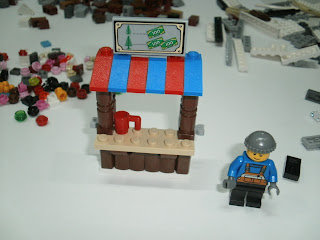 There are only seven minifigs here, including the guy selling the evergreen trees. 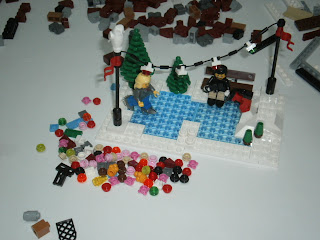 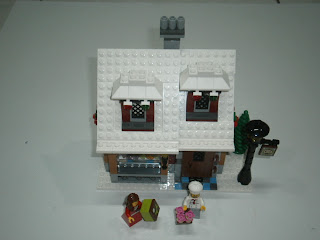 The ice skating rink is interesting, but I don't really like the lights.  There's also a pair of legs sticking out from the side. 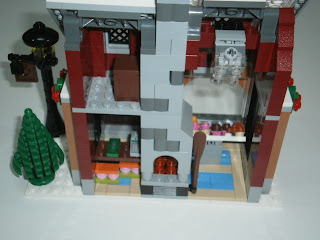 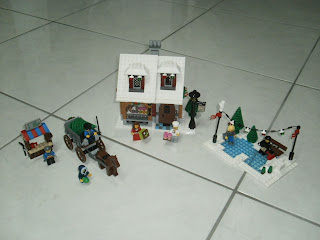 The bakery itself is nice but took a while to build.  It looks great from the outside with the huge display window, and has a nice flame fired oven inside with a chimney reaching all the way up to the roof. 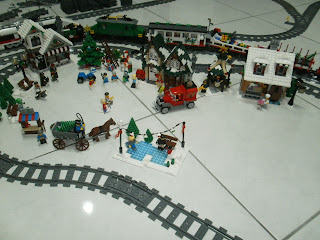 My Winter town is building up nicely this month!  Hooray!
Posted by Novelty at 00:25