In for a penny, in for a pound?  There was the backhoe in yesterday's set, and I was surprised that I got a front-end loader as well.  At least this is a small set.  It was probably an impulse buy! 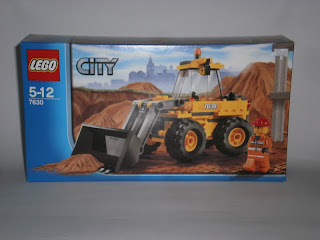 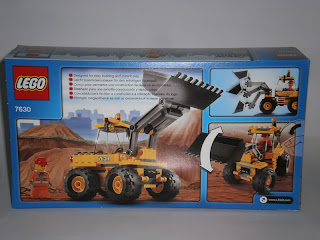 The box shows off the set nicely, but it's a small set with not that many features.  The box does seem a bit bland. 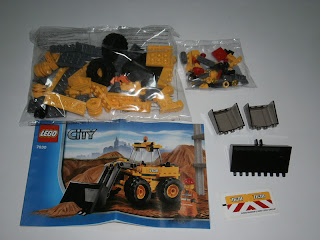 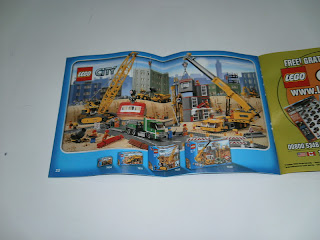 There are two baggies inside, the insruction booklet, a small decal sheet and three large pieces. 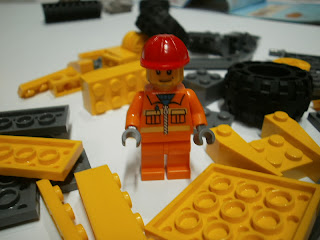 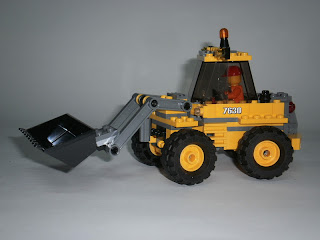 The build wasn't too difficult, and I have to say there's quite a bit of detail in such a small set.  It's not my favourite, but then again, I don't like construction sets in general... unless they combine to form a huge robot or something. 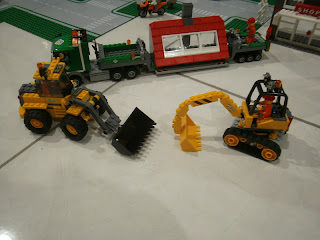 The set does go well with the other construction equipment from yesterday.  Now I need a cement mixer, a dump truck and a bulldozer and I'll have enough for the classic Devastator.
Posted by Novelty at 00:09