One of the biggest names in the Danish business world is... Maersk.  Well, biggest name besides Lego, that is.  Lego has had a partnership with Maersk over the years, but this is the first time that they joined together to create a Maersk train.  I was on the fence about getting this - it's not motorised after all, but I was glad that I bit the bullet and just got it! 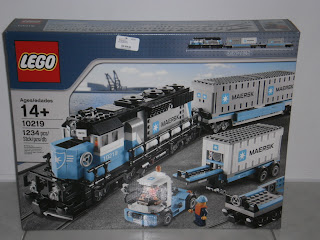 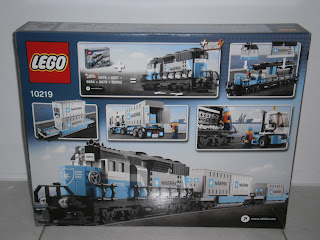 The box seems very blue grey, yet the elements of the Ultimate Builders (e.g. the Modular houses) boxes are there.  The front captuers the contents very well, the back shows off the action features and shows how it can be motorised. 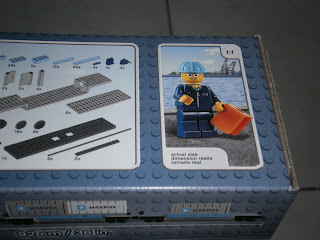 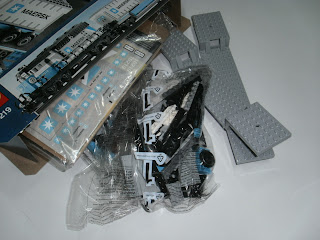 Even the top shows the actual size of the figure on a nice background. 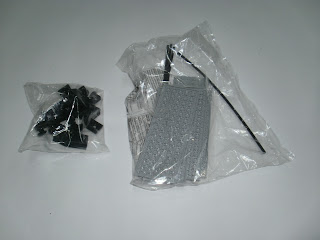 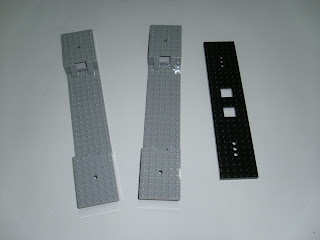 The box contains 14 baggies: six of which are numbered 1 and six numbered 2, with two unnumbered.  There are also three large pieces... 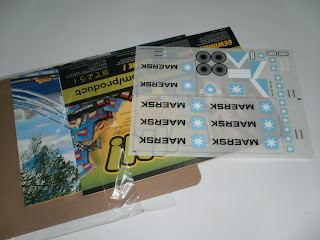 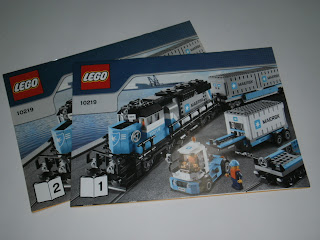 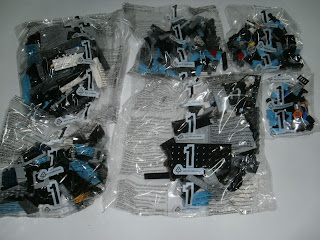 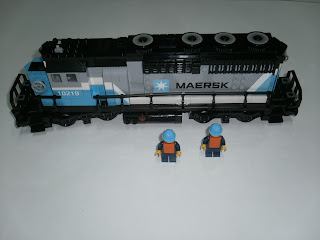 The six baggies numbered 1 builds two minifigs and the engine.  The build took longer than I anticipated - there are lots of small pieces a way too much detail on the train, which is good to look at but tedious to build. 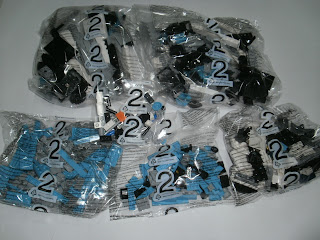 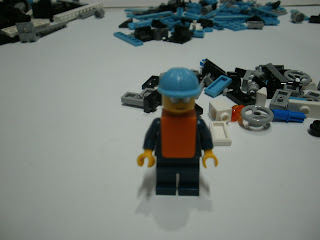 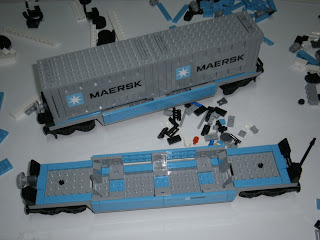 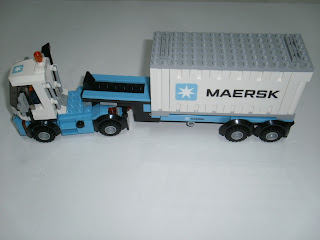 ... three containers, two flatbed train carriages to hold the containsers and a truck and trailer.  I don't like the decals transversing multiple brick pieces though, yet without those decals, the set would seem a bit boring. 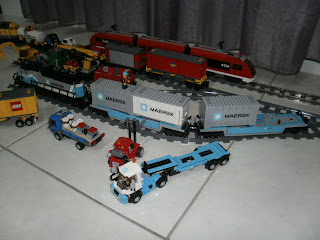 The set looks gorgeous but all the details are on the engine.  The rest of the set is rather bland.  It fits well into my train display, but the lack of the motor means that it can't go zooming around the track.  I looked into getting the motorised parts separately, but they cost almost as much as the red train set in the back, so I'm better of getting that just for the parts (besides, with that I can add an additional two carriages to the red train).  However, I think I'll wait and see what Lego comes up with the following year in terms of Train offerings.  Maybe I'll get two of those instead to strip one for the motor for this Maersk train.
Posted by Novelty at 00:01