After a couple of days break for Christmas, it's another day of the Alien Conquest streak... and the boxes are definitely getting bigger! 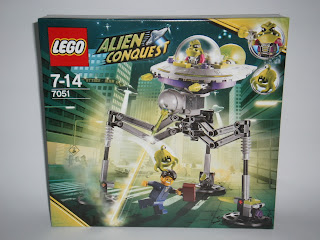 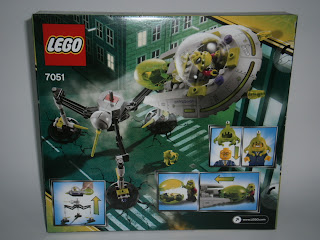 This Tripod comes in a square box and because its legs are so skimpy, one gets to see the background details on the front and the back of the box.  The back of the box has a whole wholes of insets showing the action features of the set. 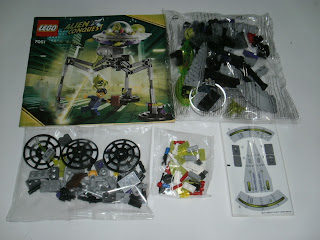 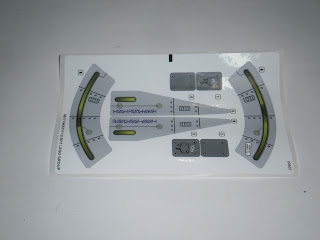 The box contains three baggies, a decal sheet and an instruction booklet.  The decal sheet looks very symmetrical, which may or may not be a good thing.  Somehow, there's a lot more box than what it contains.  It seems as if Lego is doing a reverse Tardis thing - i.e. the insides are smaller than the outside... 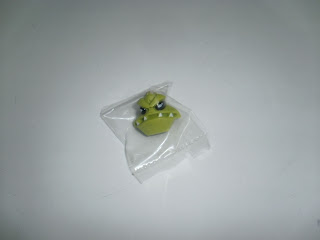 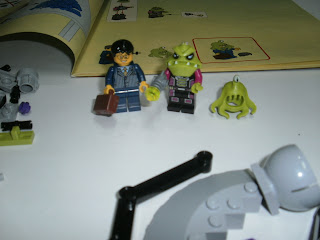 The Alien head has its own individual plastic within the baggie.  The set builds two figures and a face-hugger.  For a change, there isn't a paramilitary type in this set.  The build was relatively easy 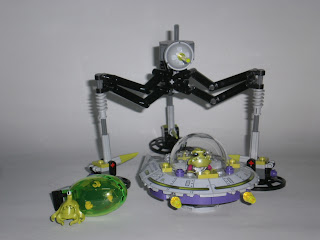 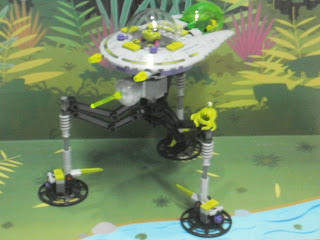 The main spaceship, or tripod is actually in three parts - the saucer, the tripod and the egg shaped cell.  The cell looks sci-fi ish, but isn't really inspired in terms of its design.  It does fulfil its purpose of being a jail cell though.  The tripod seems to be an ugly mess of legs, but the clever use of parts have given it a nice laser thingie on the top which gives the tripod a cyclopean look.  The saucer is the nicest part of the set on its own with a symmetrical build.  It avoids the circular trap by sweeping the wings back.  I love the choice of the clear dome for the cockpit cover as well. 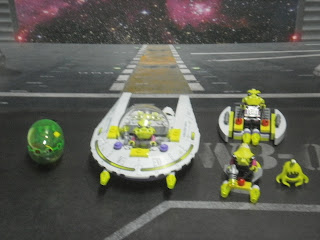 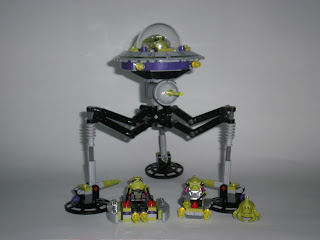 All in all, I have to say this fits in nicely with the aliens from the smaller sets of the sub-theme.  The saucer looks great.  The tripod is limited by its construction, but it does have features including movable legs.  Somehow though I don't really like this set and I can't put my finger on why.
Posted by Novelty at 00:20