This is still Lego week, and it might turn out to be Lego month after all at the rate that things are going.  I thought that since this is December, what better way to celebrate winter than to open up a couple of Lego Winter sets?  Well, today it's the Winter Post Office. 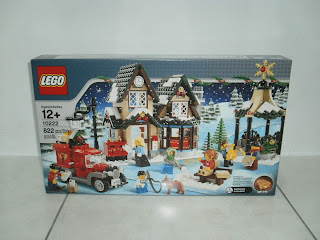 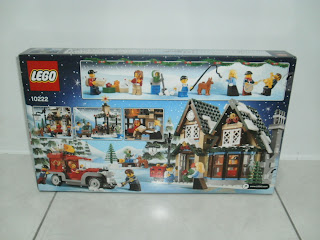 The box isn't the standard City box, but I think it's the Lego exclusive box.  The picture ont he front shows all the contents rather well, albeit dressed up by Lego.  The back shows scenes of what the toys can look like, and the number of figures and animals in the set. 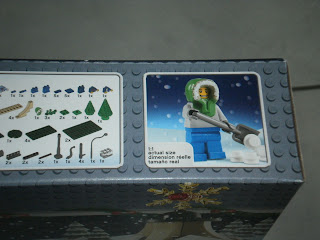 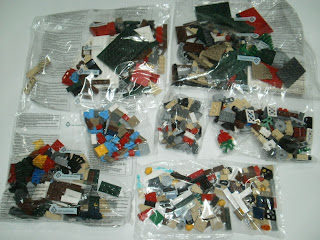 The top of the box shows a minifig shovelling snow.  That's rather unglamourous.  There are seven baggies in the box... 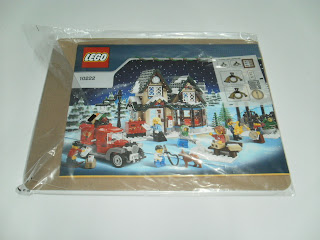 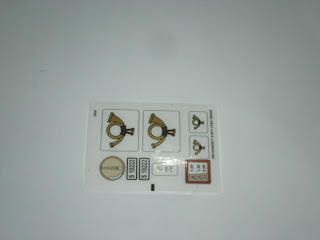 ... as well as a decal sheet and an instruction booklet.  I like the fact that they protected the booklet with a cardboard inside another plastic baggie.  It is nice as it means the booklet doesn't get squashed in transit. 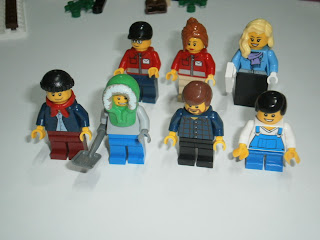 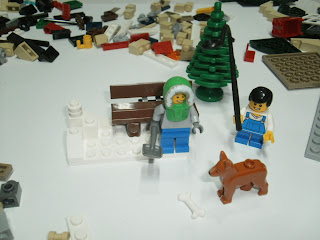 There are seven minifigs in the box and it's a nice mixture of males and females, adults and children.  The first part of the build was to build the bench and the (un?)glamourous snow shovelling green parka Stan. 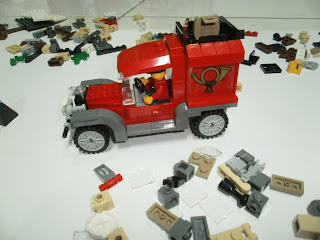 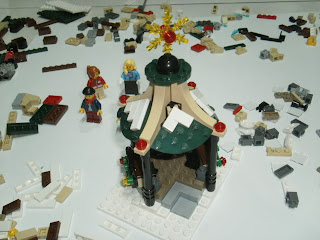 The old school delivery van is next, followed by the gazebo. 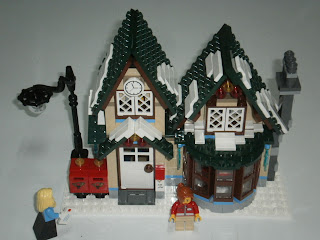 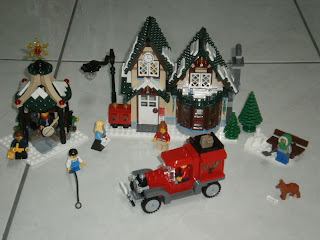 The best is saved for last - the twin peaks of the post office.  The overall look is great, and surprisingly the build isn't too difficult despite not having numbered baggies. 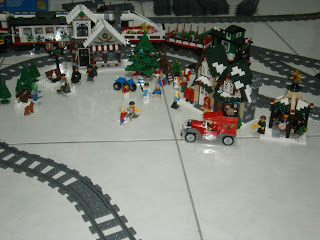 This set will just fit right into my Christmas scene with the Winter Toy Shop and the Christmas Train.
Posted by Novelty at 00:25