OK, so this is a Creator set, and it's a bit odd because although it's a house, it's not really a town or city house.  A log cabin... now that's interesting.  Yet, despite the idea, the house actually doesn't look all that different from a town house once the river and the kayak is removed... would it fit into my residential town layout? 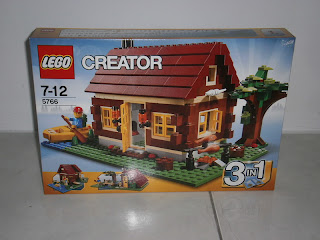 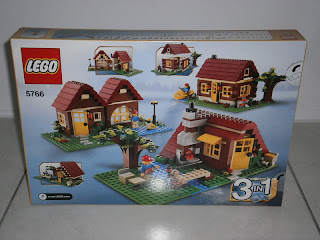 The creator box is boring, but here it actually does look rather nice as the reddish brown of the house contrasts nicely with the blue background.  The box is rather appealing ot me for some weird reason. 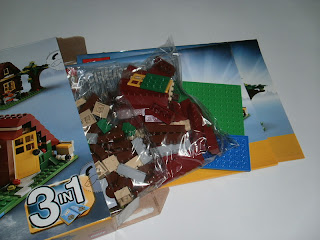 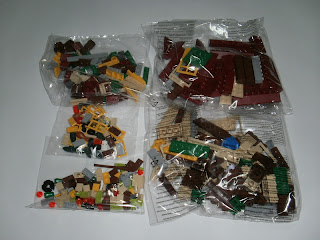 There's only five baggies inside though.  Wait, only 5?  That's a bit few for such a small box.  The baggies are unnumbered, because this is a Creator set, of course. 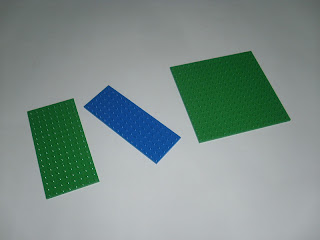 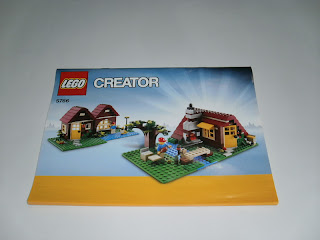 There's also three basepates and only two instruciton books.  Yes, one for the main model and another one to share the other two models.  Blegh. 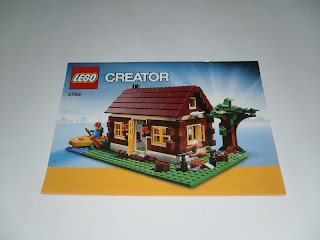 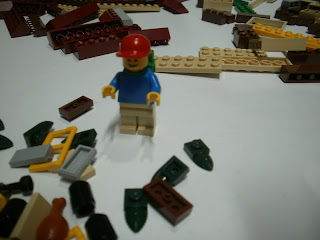 Like the modern Creator sets, there is a minifig though.  Granted, he's just a plain smiley with a backpack, but that's better than nothing. 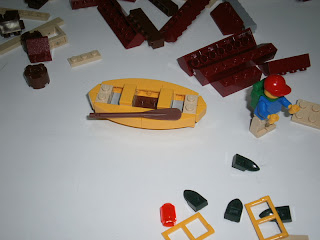 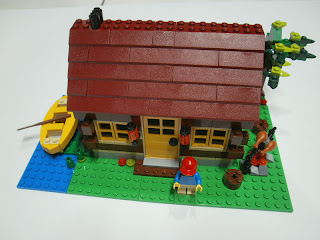 The kayak or paddleboat or whatever it is seems a bit boring.  The SNOT construction is nice on the sides, but it's still boring. 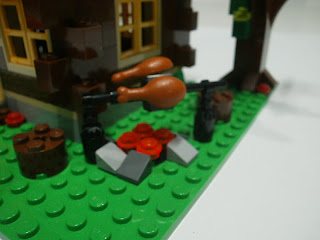 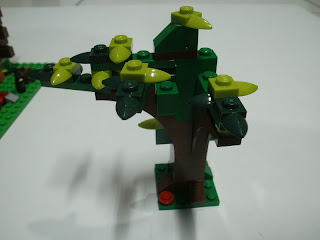 The house though, is choke-a-bric with details, from the barbecue pit and the tree... 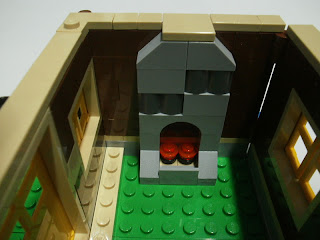 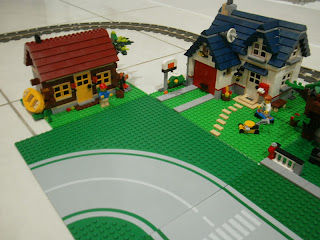 ... to the fireplace inside.  Does it fit in my residential town plan?  Actually, with the blue baseplate removed, it sorta does!
dsfsaf
Posted by Novelty at 00:16