Another day, another Alien Conquest set.  I guess I'm going in order of the size of the box, from the smallest to the biggest.  Being day 2, well, it's the second smallext box, which happens to be a vehicle. 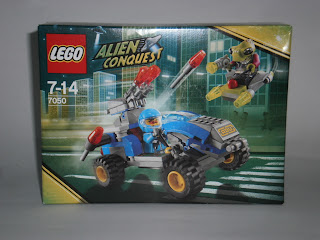 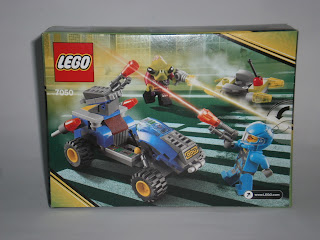 The box looks great on the front, and thankfully, the back has an image instead of just text.  The front shows off the action feature - the firing missile thanks to friction, and the back shows the false advertising with light shooting out of the guns... 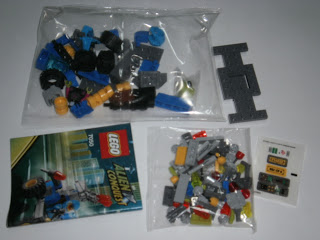 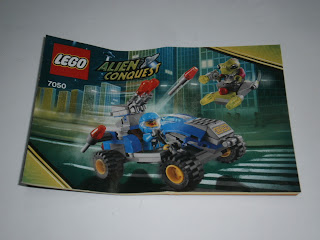 The box contains two unnumbered baggies, a decal sheet, an instruction booklet and a chassis piece.  This feels more like a proper set. 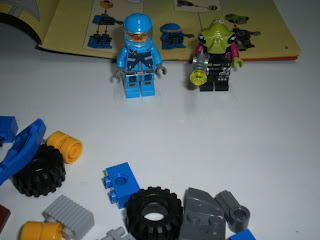 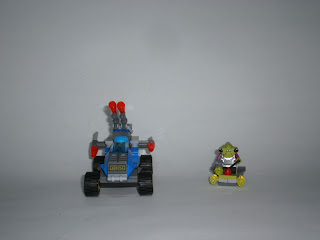 It builds two figures - don't ask me why Lego decided that each set should have a protagonist and an antagonist, but there are there in all the sets these days.  I do have to say that the shade of blue on the spaceman is a rather unique shade that I've not seen in Lego though. 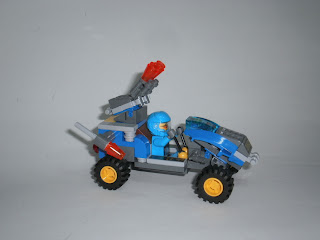 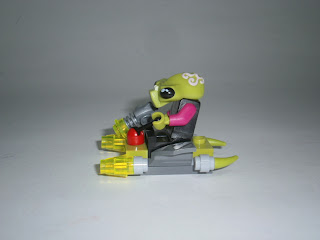 The build wasn't too difficult, and there are two vehicles in the set.  The Alien set is small but it looks surprisingly good.  It's a great candidate for a polybag or an impulse set.  The Defender vehicle seems a bit boring.  The sides are exposed, the windscreen blocks the view of the driver and the yellow wheels just scream what were they thinking.  I don't like it that much despite the presence of the aforementioned action feature. 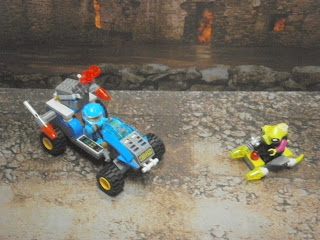 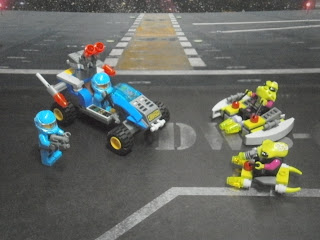 The vehicle is only saved by the decals.  I like how the Aliens are building up, but the Defenders suck at the moment.
Posted by Novelty at 00:19