I actually opened this a while ago, but thought it would be nice to complete the circle this month by coming back to Spiderman, which kick-started us off on our journey this month. 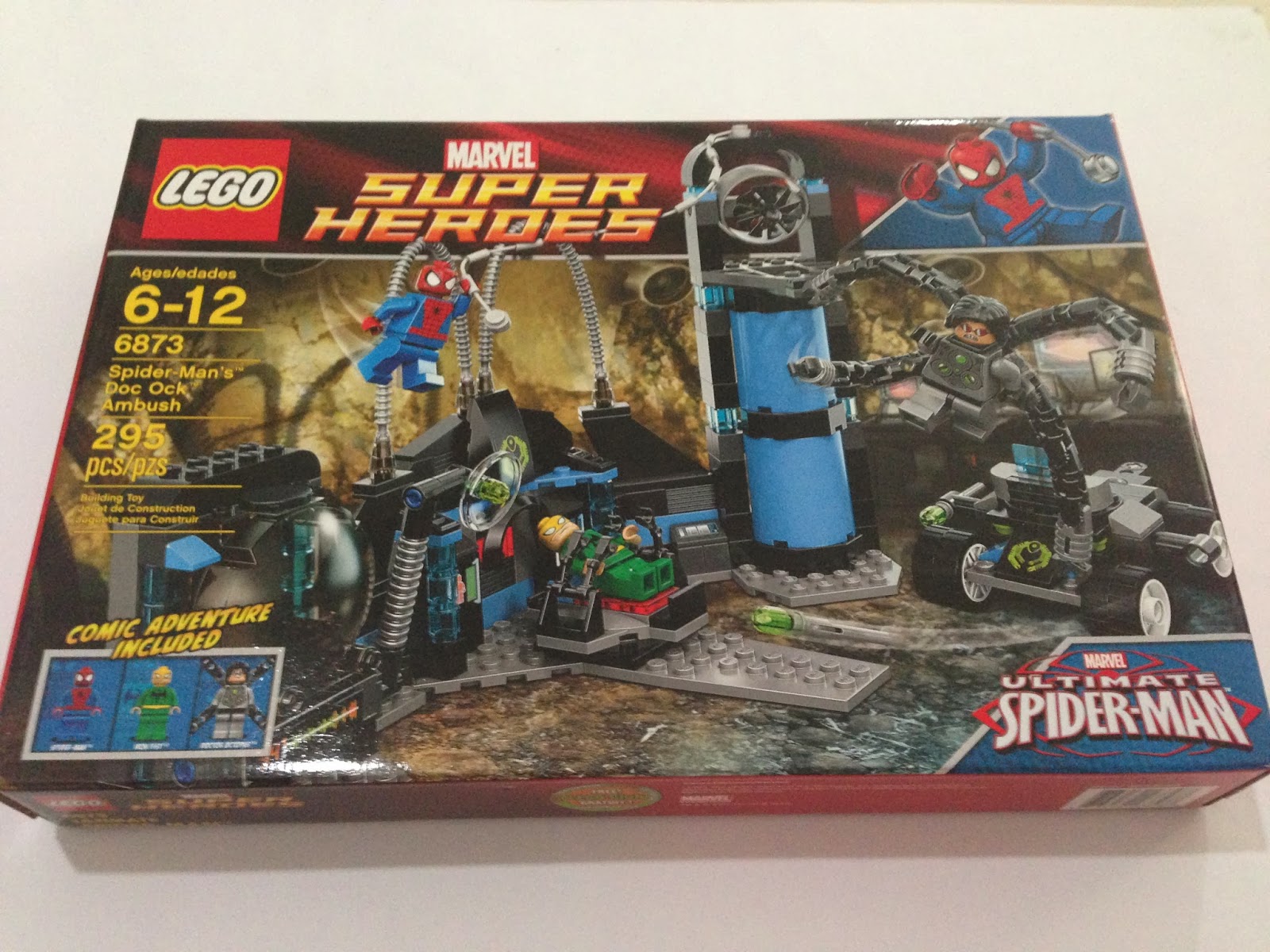 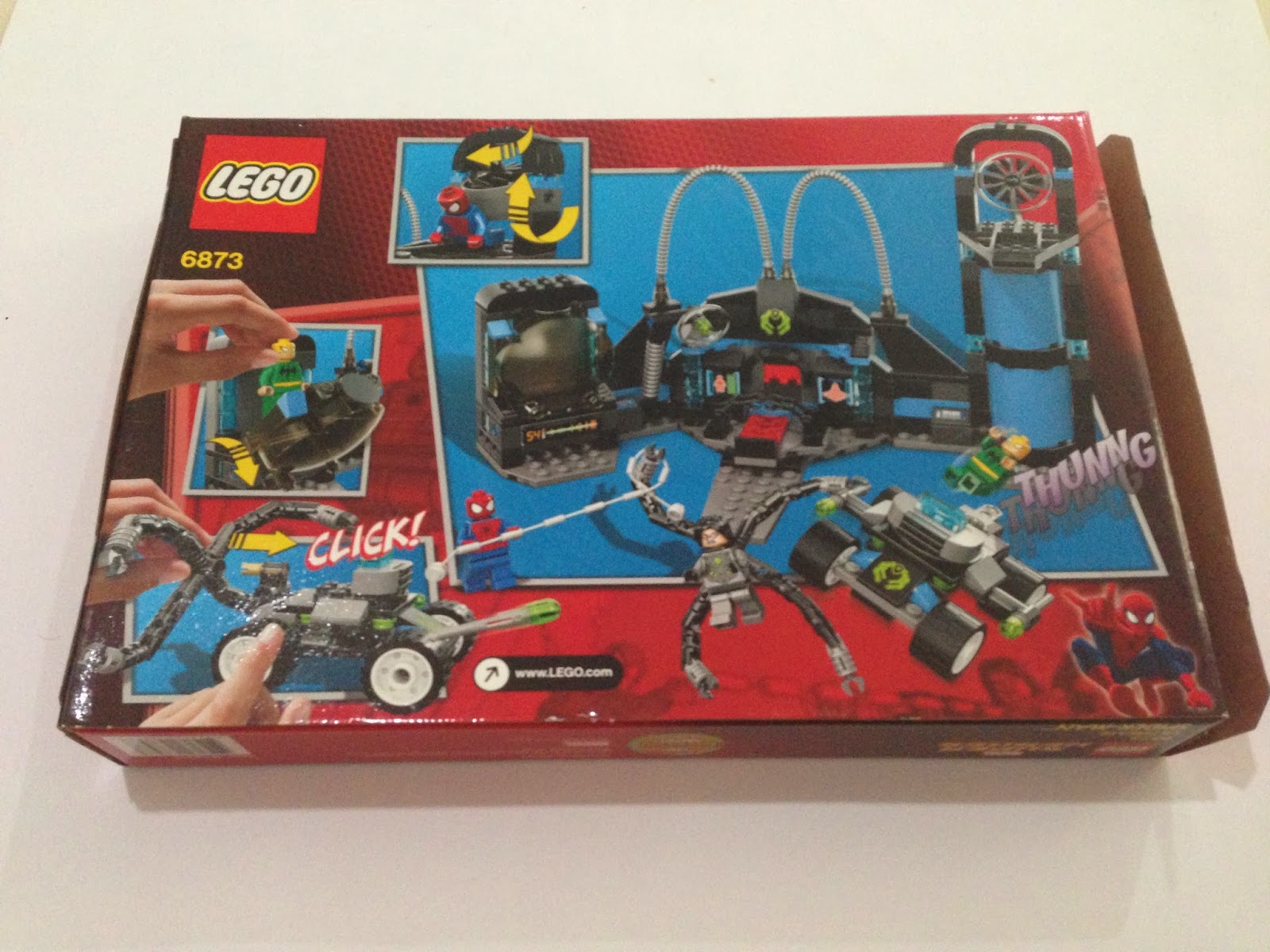 Thsi set looks busy, and it has spidey, so it must be goo right? 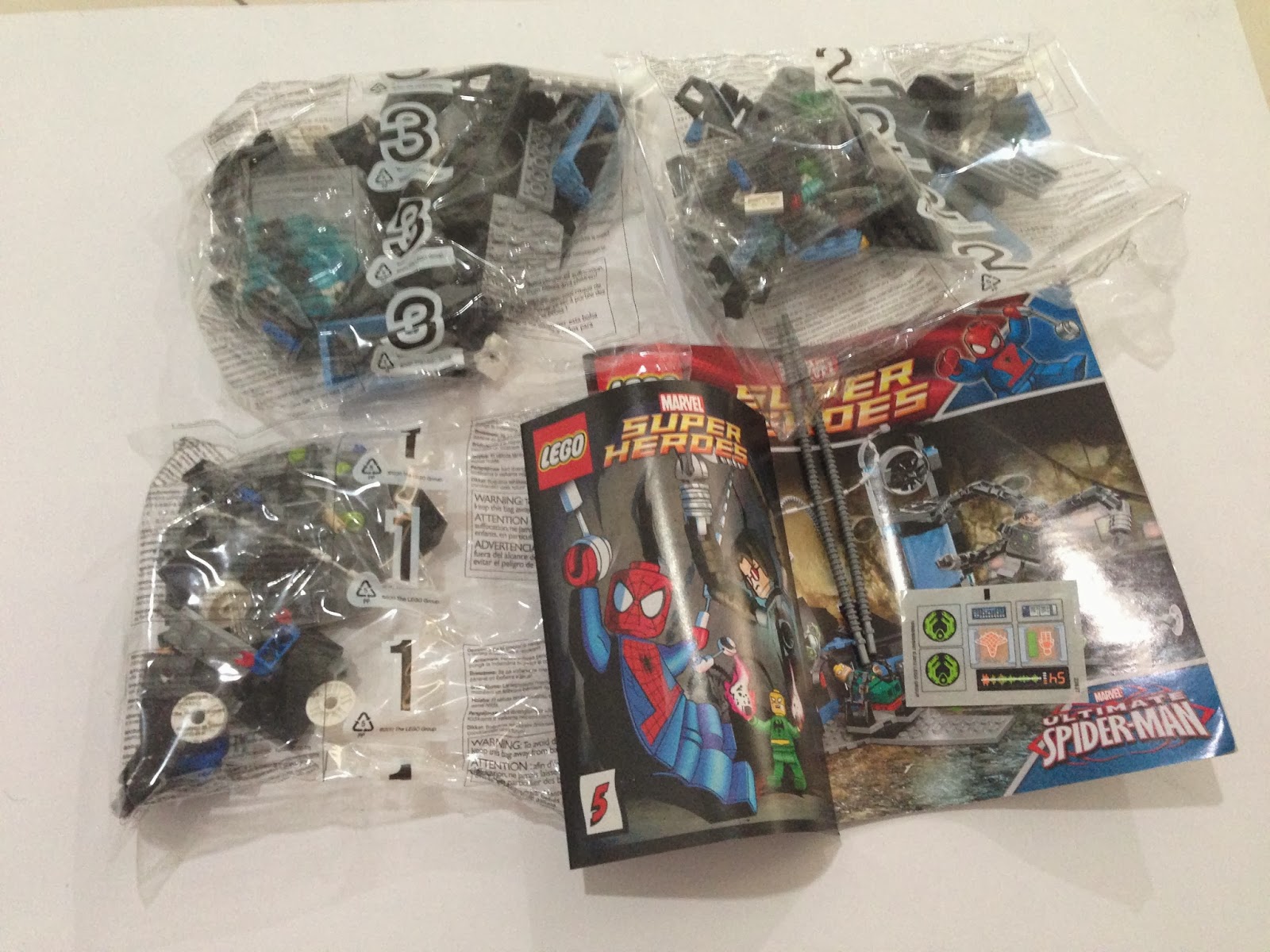 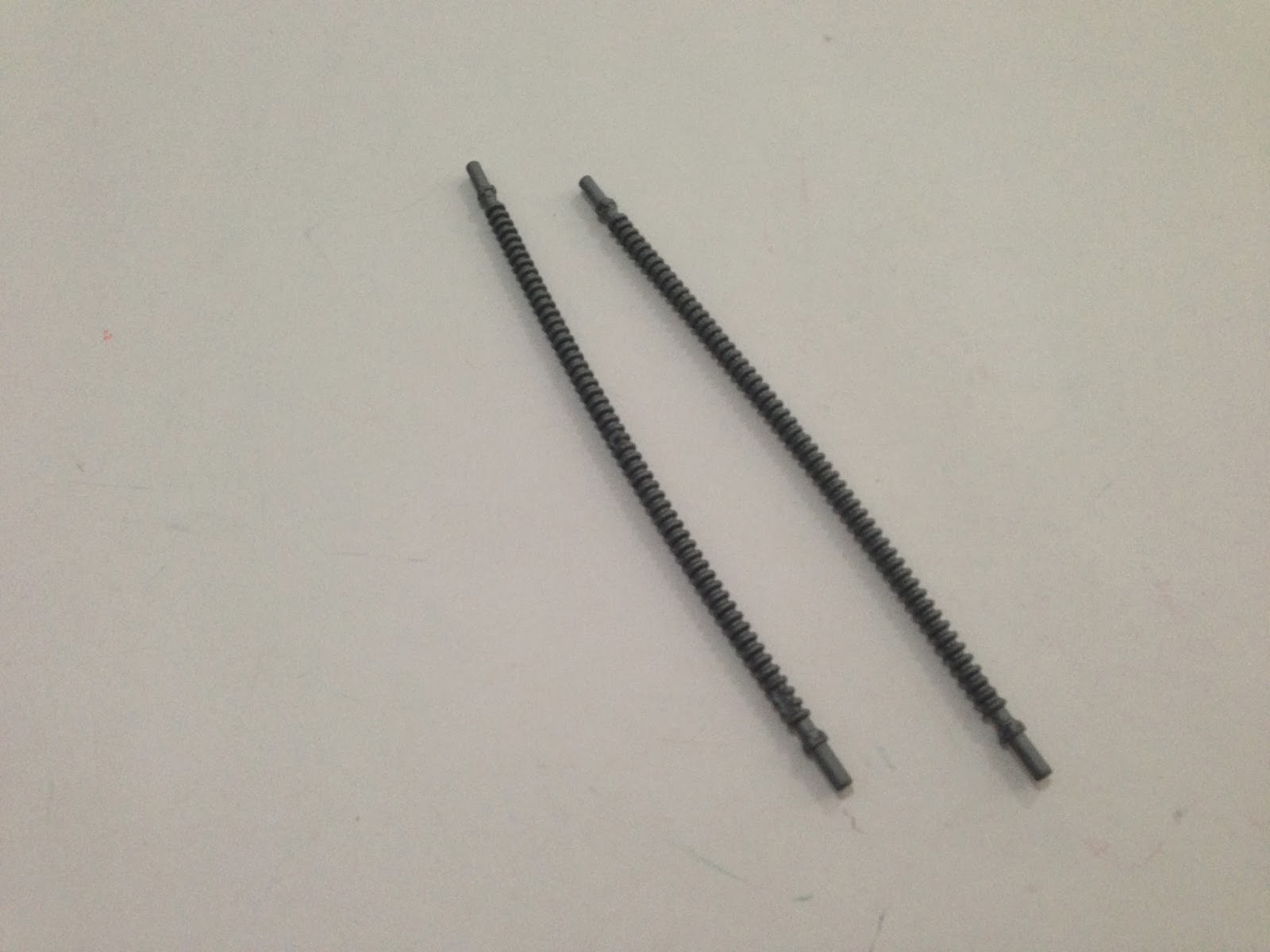 The box contains three baggies, an instruction book, a spidey minicomic, a decal sheet and two rubbery tube thingies... but they aren't for Doc Ock.  No siree. 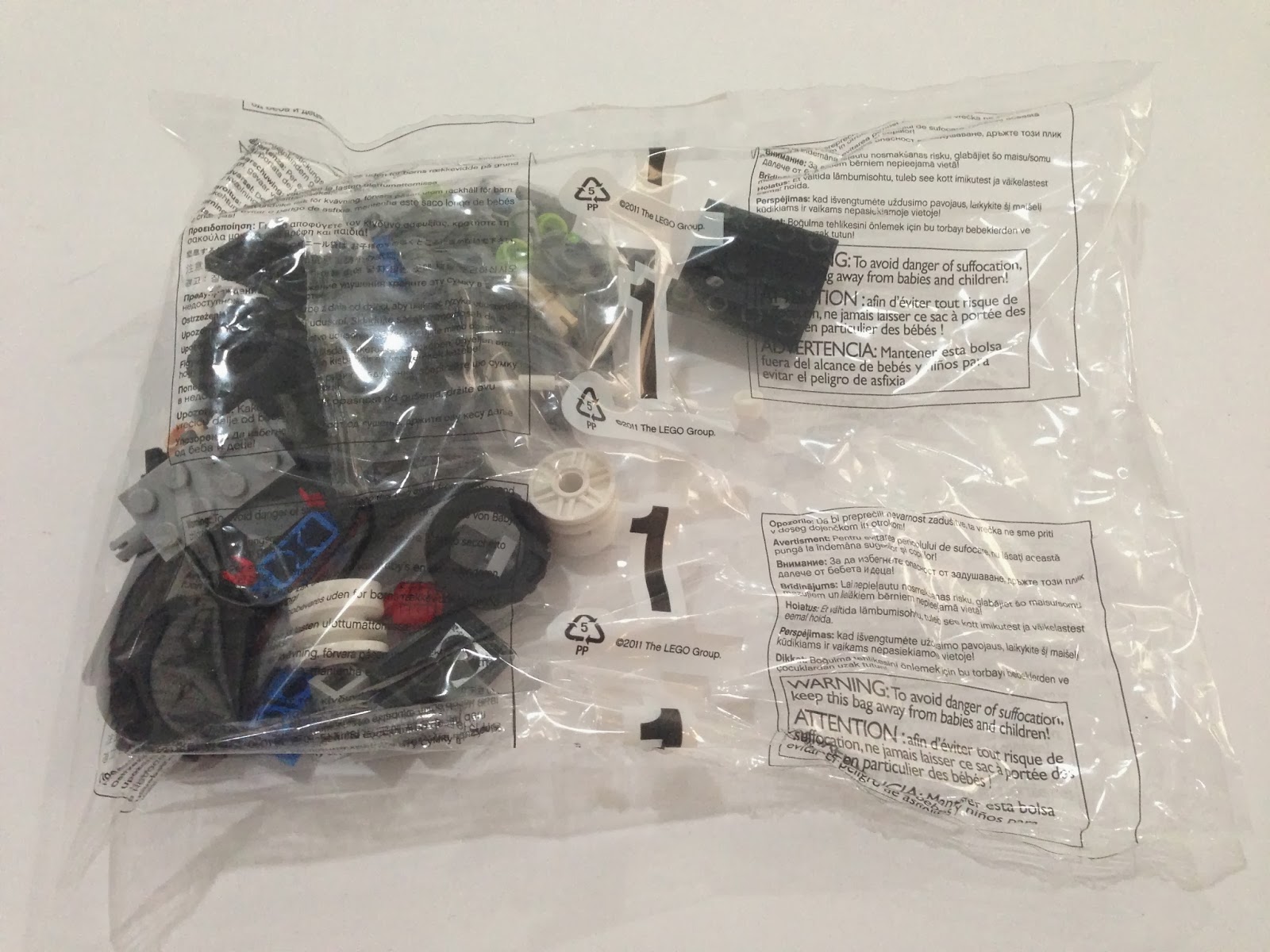 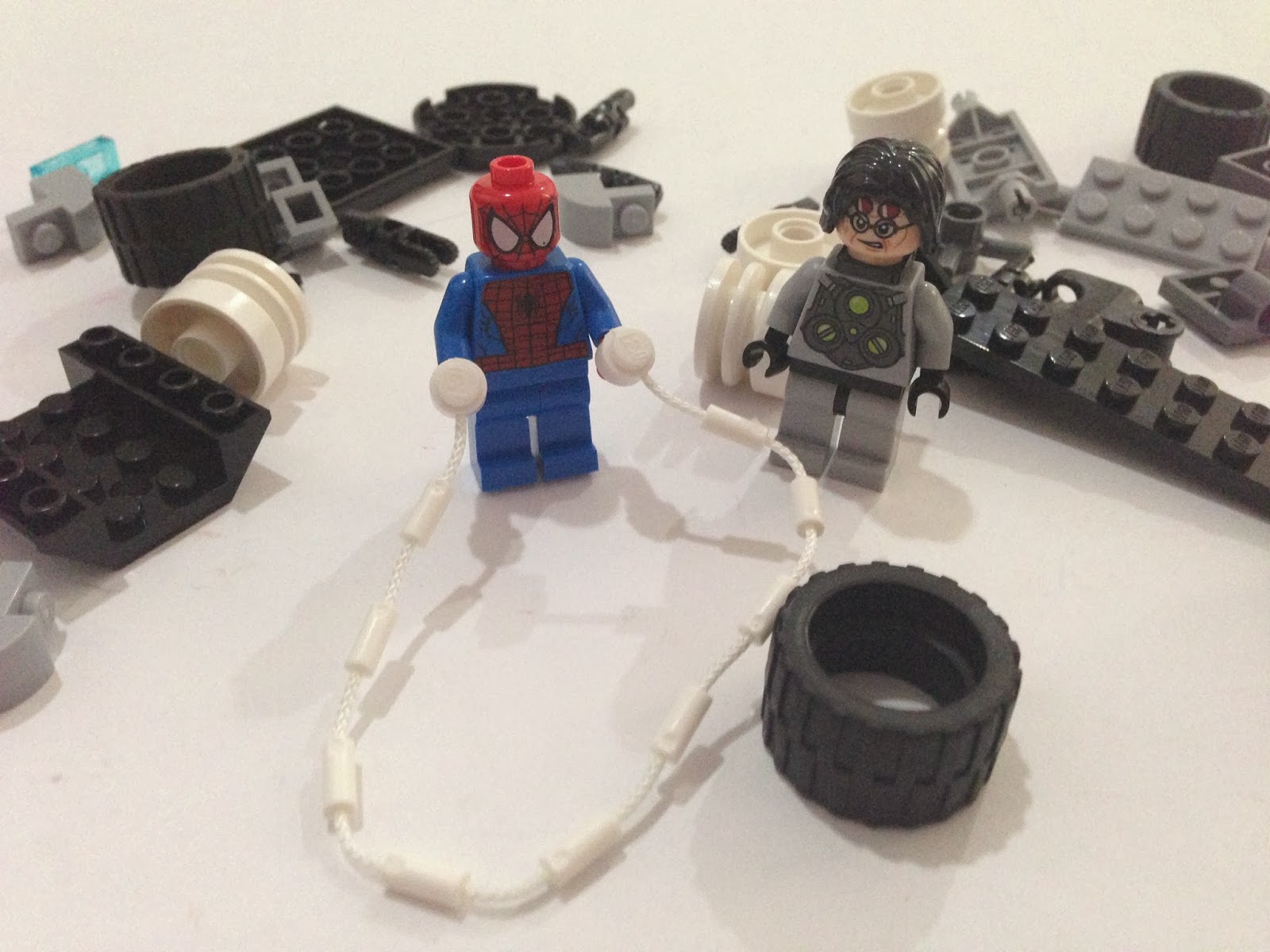 Baggie #1 builds Spiderman with a skipping rope... at least that's what it seems to be. 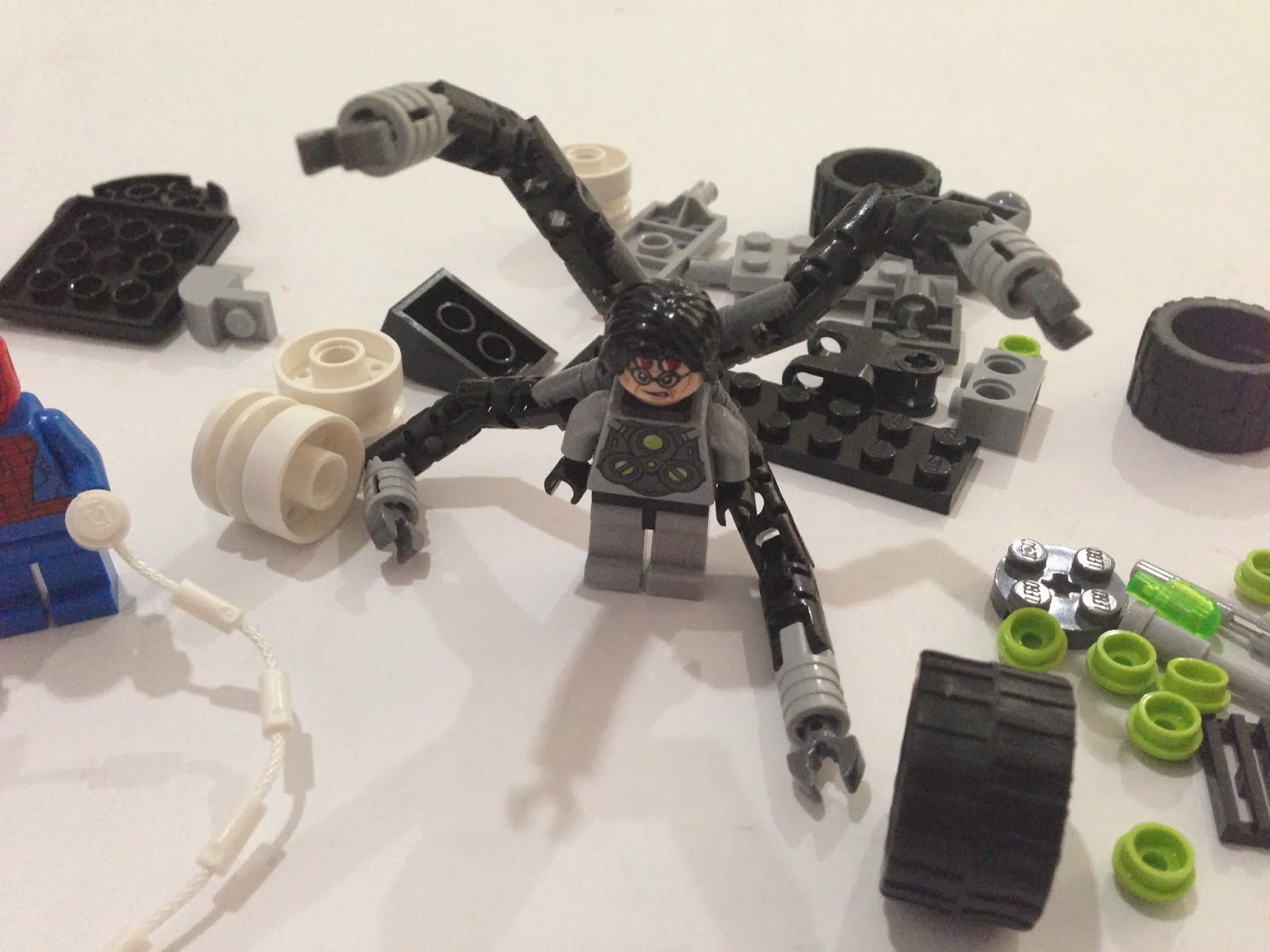 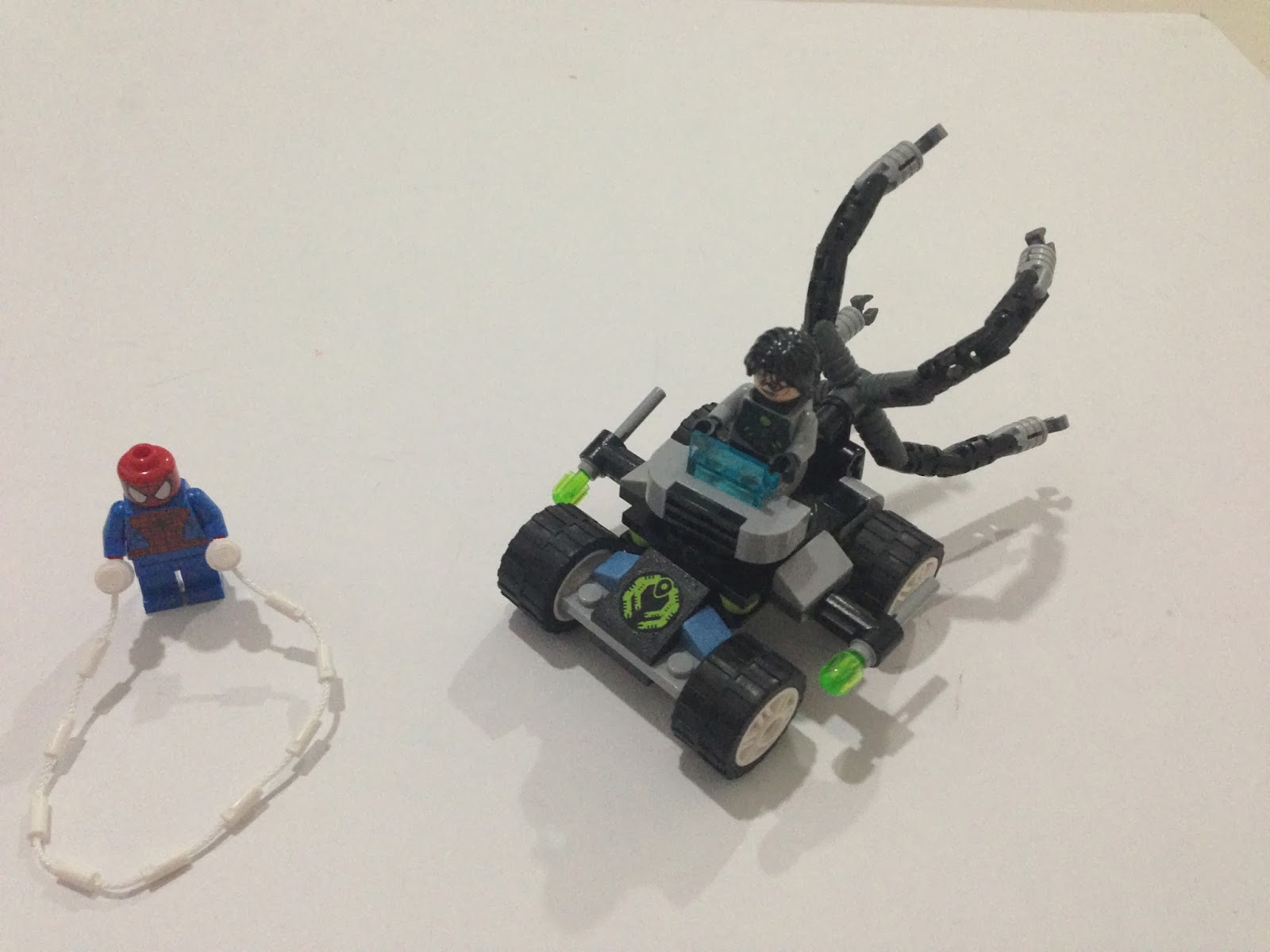 It also builds Doc Ock and his vehicle.  I like the little buggy contraption, and it can even take Doc Ock in his entirety. 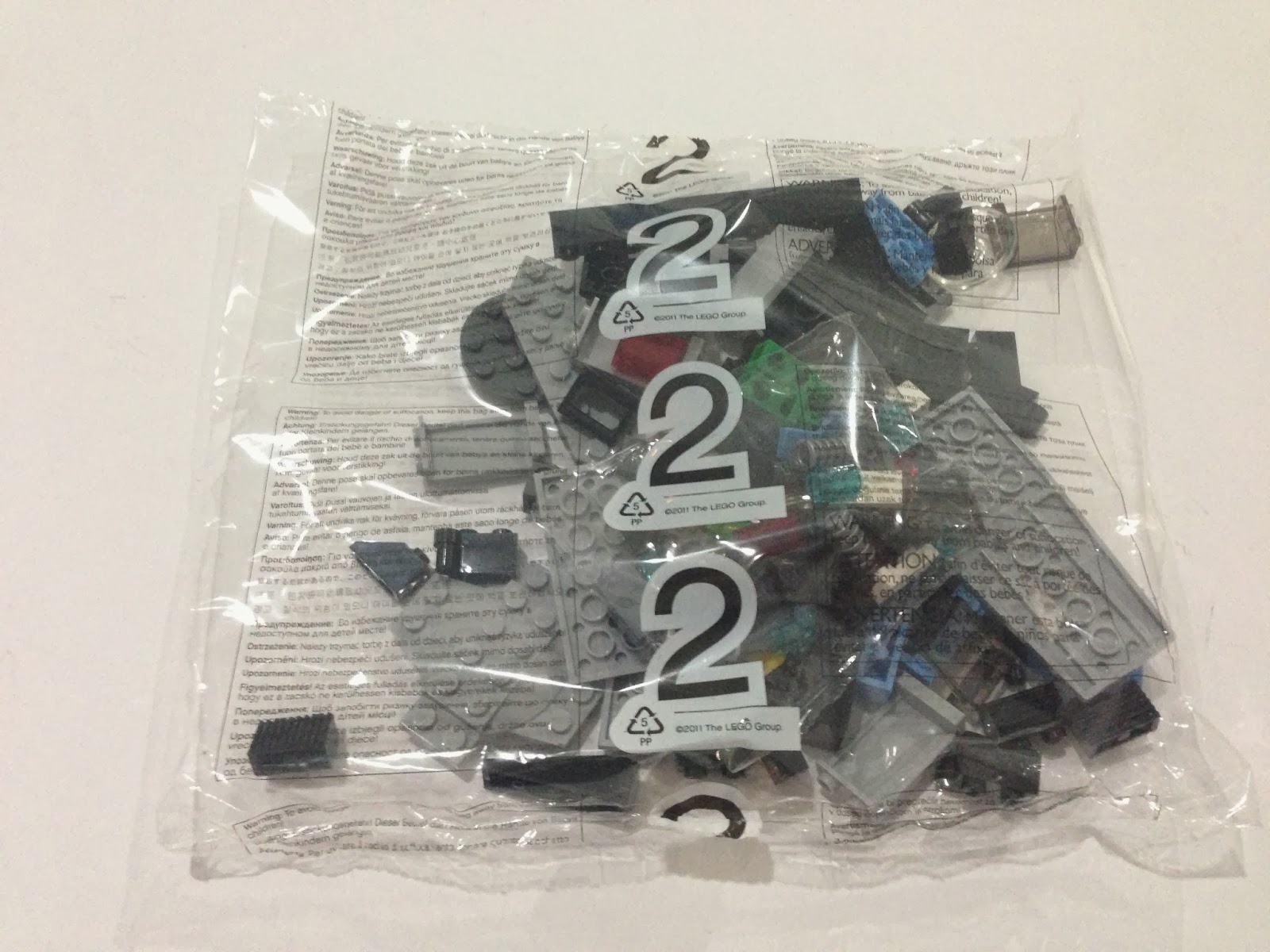 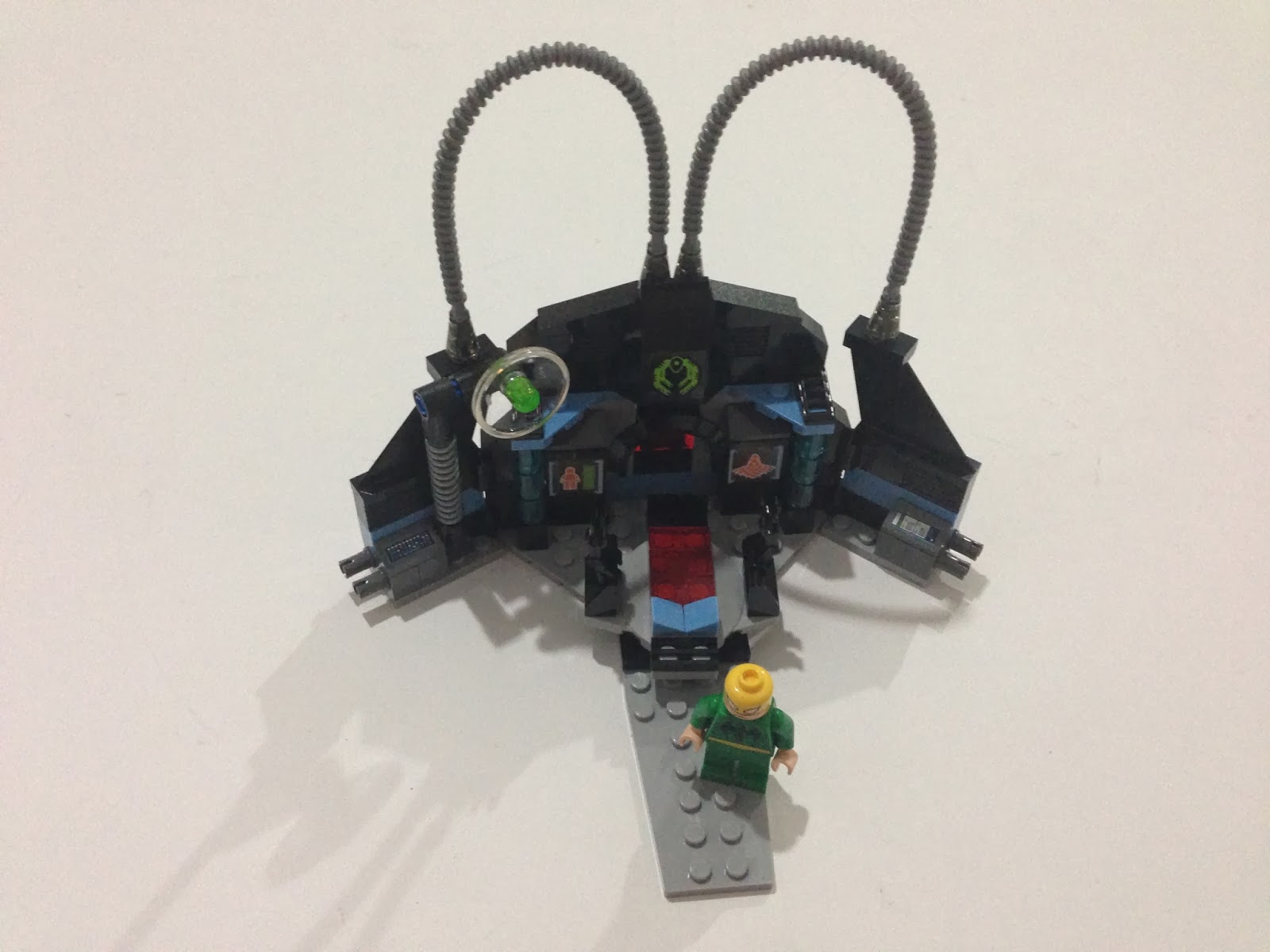 Baggie #2 builds some Marvel superhero that I've not heard of, and part of Doc Ock's lab. 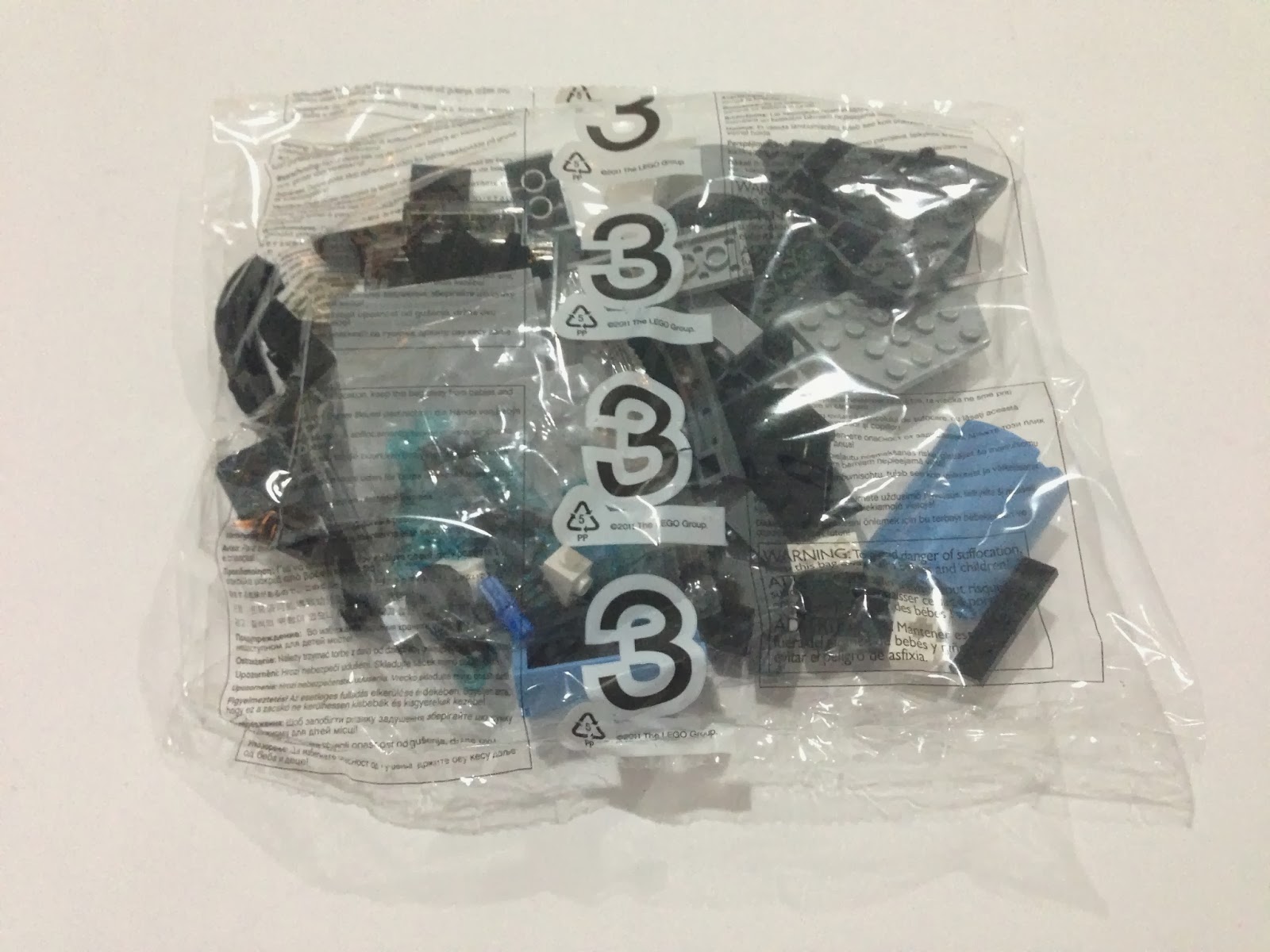 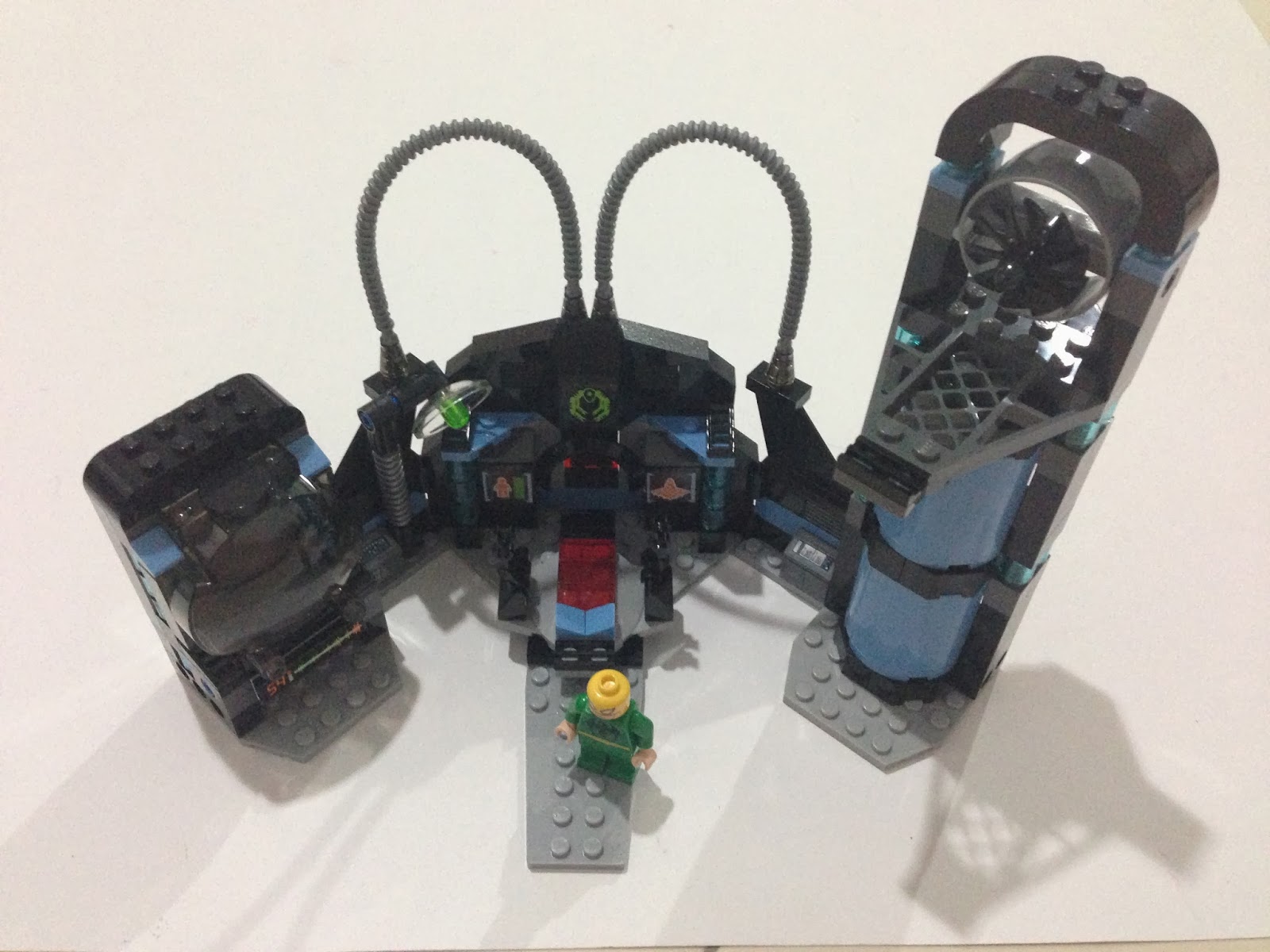 Baggie #3 completes the lab.  There's a chair and a tower and uh... it just looks boring despite the box.  Don't get me wrong - Lego tried to put in quite a bit of features including a chamber and an exhaust fan, but it just seems so lacking somehow - it could have been better. 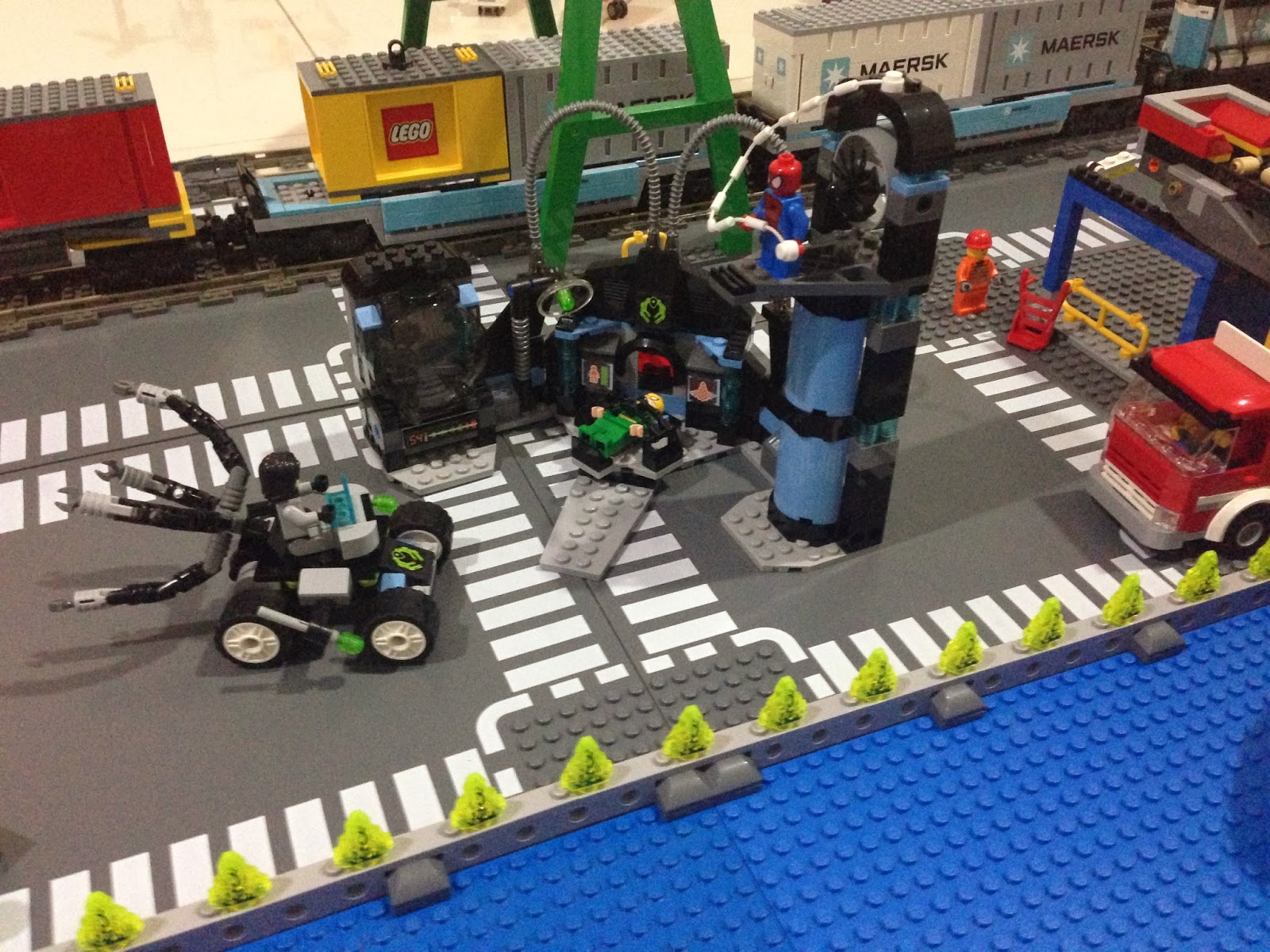 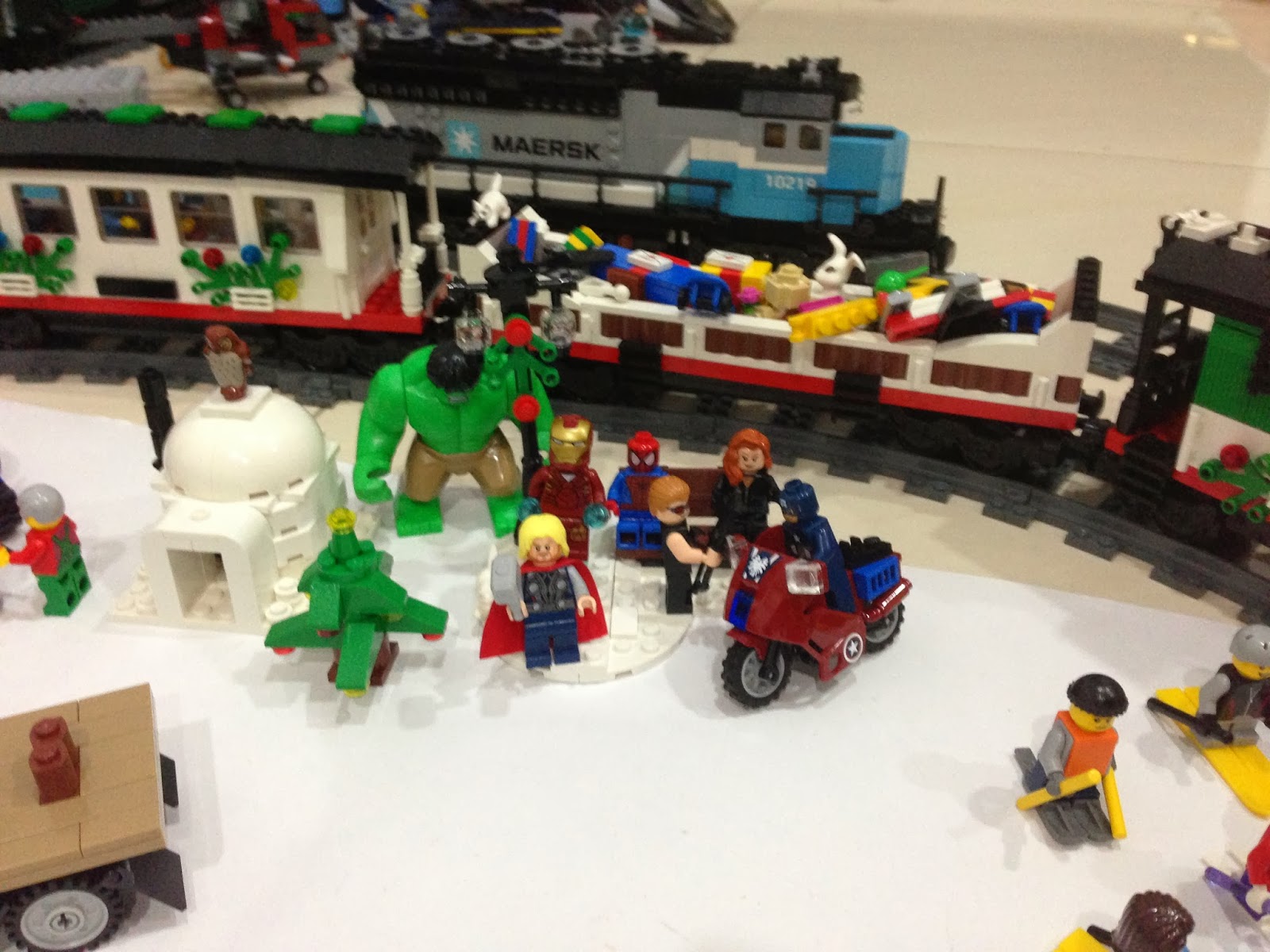 Don't get me wrong, the whole set doesn't look too bad, and for this price point, I supposed that's all they can do.  Anyways, I got the set for the new spidey figure, who has sneaked into the Avengers display.  Naughty naughty spidey!
Posted by Novelty at 23:43