It's January, and that means it's gitd month.  I started with Spidey yesterday, so let's just continue the theme with a couple of die cast gitd vehicles from Maisto Glow Riders line which are marketed with the Spidey logo. 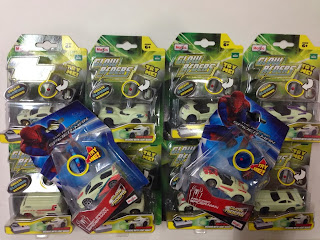 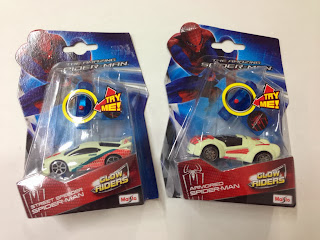 The packaging is interesting - the card is the same for all vehicles, probably to cut down costs, but it does do the job well with a huge image of spiderman.  The bubble has a cut away hole for the public to access the button on the UV torch that is included with the vehicle.  This shines a light on the vehicle inside the package and after a while, the gitd parts of the vehicle glows. 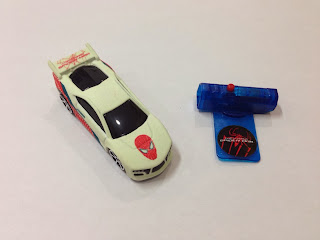 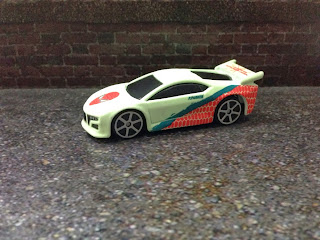 Street Speeder Spiderman is a boxy corvette with Spidey's face on the hood and his scales on the sides in a diagonal pattern. 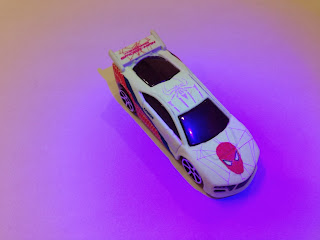 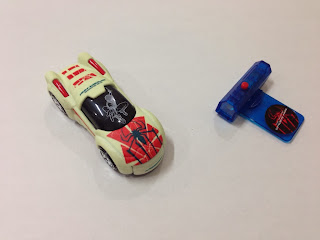 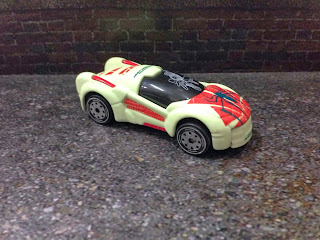 Armored Spiderman is a more streamlined coupe with a huge spider logo on the side, a picture of Spidey on the middle of the windscreen and that red scaly panelling on the side.  Black light does not reveal any secret patterns on the car though, which is a pity. 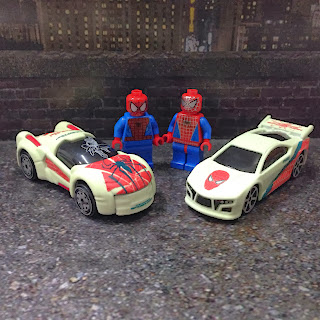 Overall, this is a nice pair of cars from the Glow Riders series that Maisto used for their Spiderman license.  There are 4 other cars in the series for a total of 6 cars, but I'm not a huge die cast fan, so I only have these two.
Posted by Novelty at 00:37